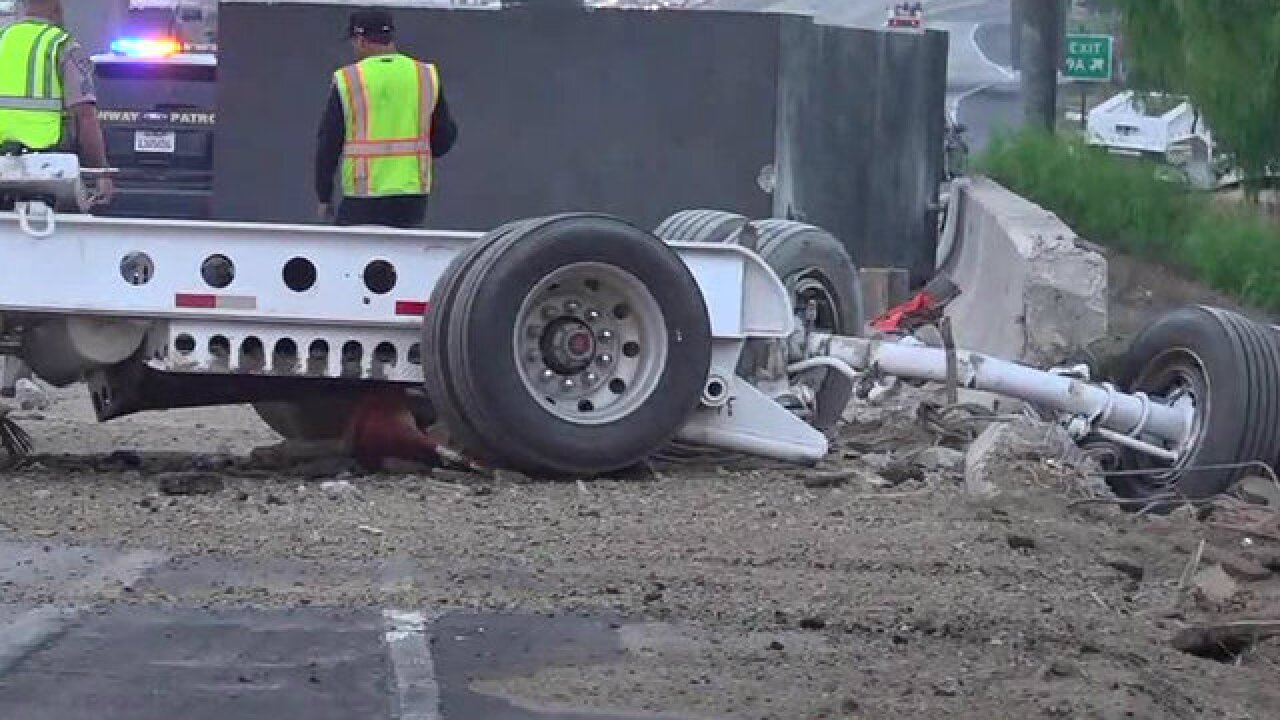 The crash happened just after 6 a.m. on southbound SR-125 near Spring Street, according to the California Highway Patrol.

A break between the truck and its trailer caused the trailer to crash into a guardrail, sending a large cement block weighing 81,000 pounds onto the freeway lanes. No other vehicles were involved in the incident.

The CHP reported debris from the crash landed onto Panorama Drive below the freeway, but there is no word on if the debris caused any damage to the road or vehicles.

At least two lanes were blocked due to the wreck, and crews spend the morning working to move the block out of the lanes.

The cleanup effort backed up traffic on the southbound side, with commuters advised ahead of time to take an alternate route such as Interstate 8.

According to Caltrans Public Information Officer Edward Cartagna, a Caltrans Bridge Engineer was brought down from Los Angeles to make sure the bridge was structurally sound after the wreck.

Upon visual inspection, it was determined that the bridge was in good shape; noting its steel beam construction and relatively short span between supports made it especially stout to withstand such an impact.

Caltrans said the bridge was constructed in 1957 and widened in 2002. It's most recent routine inspection was in 2016.