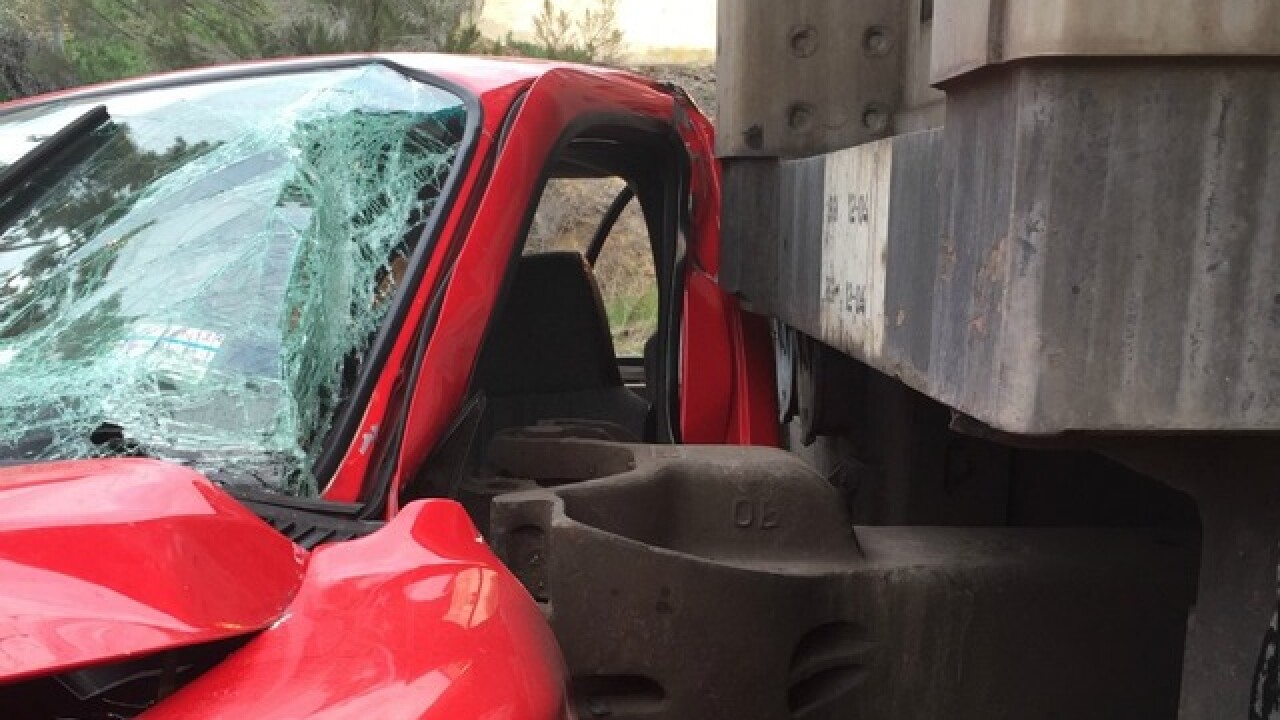 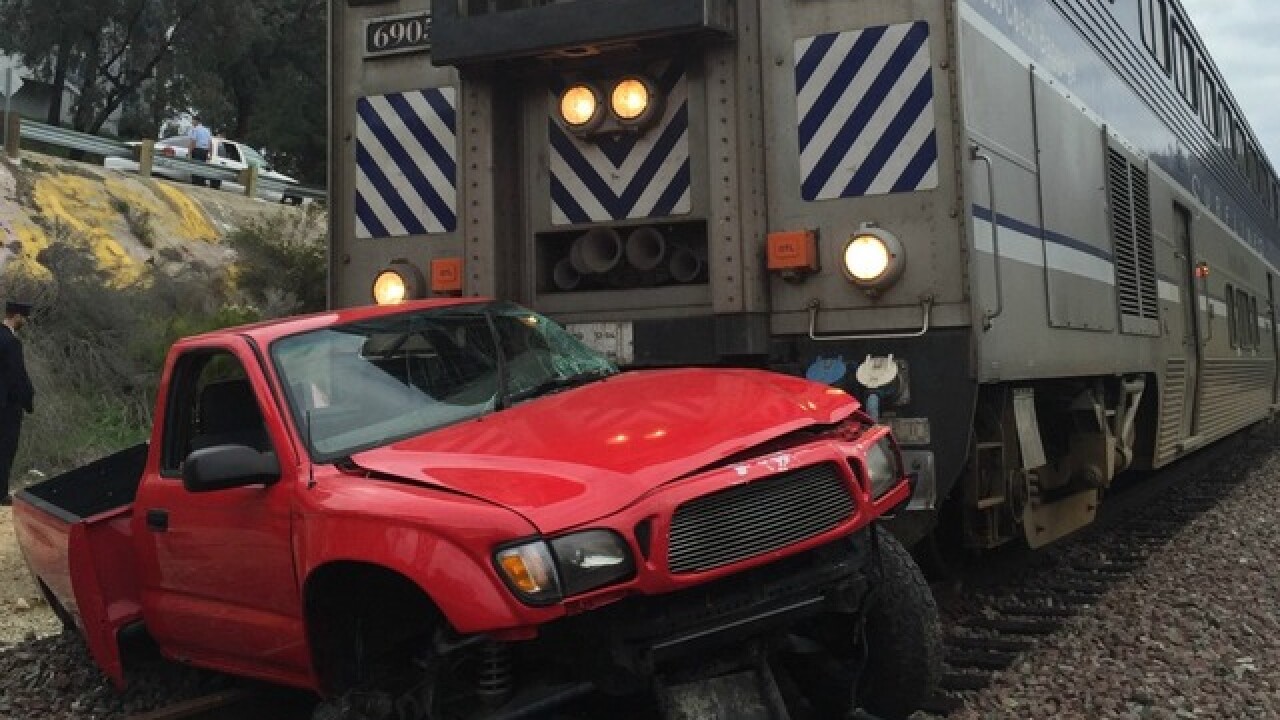 A section of railroad track remained closed Saturday afternoon after an Amtrak train collided with a pickup truck.

There were no injuries from the crash, a San Diego Fire-Rescue spokesman said.

The train collided with the truck at around 2 p.m. at the intersection of Morena Boulevard and Ariane Drive, dragging the vehicle -- which had two occupants -- 100 feet, said Capt. Joe Amador. There were 99 people on the train who were removed after the collision, Amador said.

Amador said the railroad tracks were closed from the Morena Boulevard location to Oceanside "until further notice."

The collision was under investigation. No further details were available.