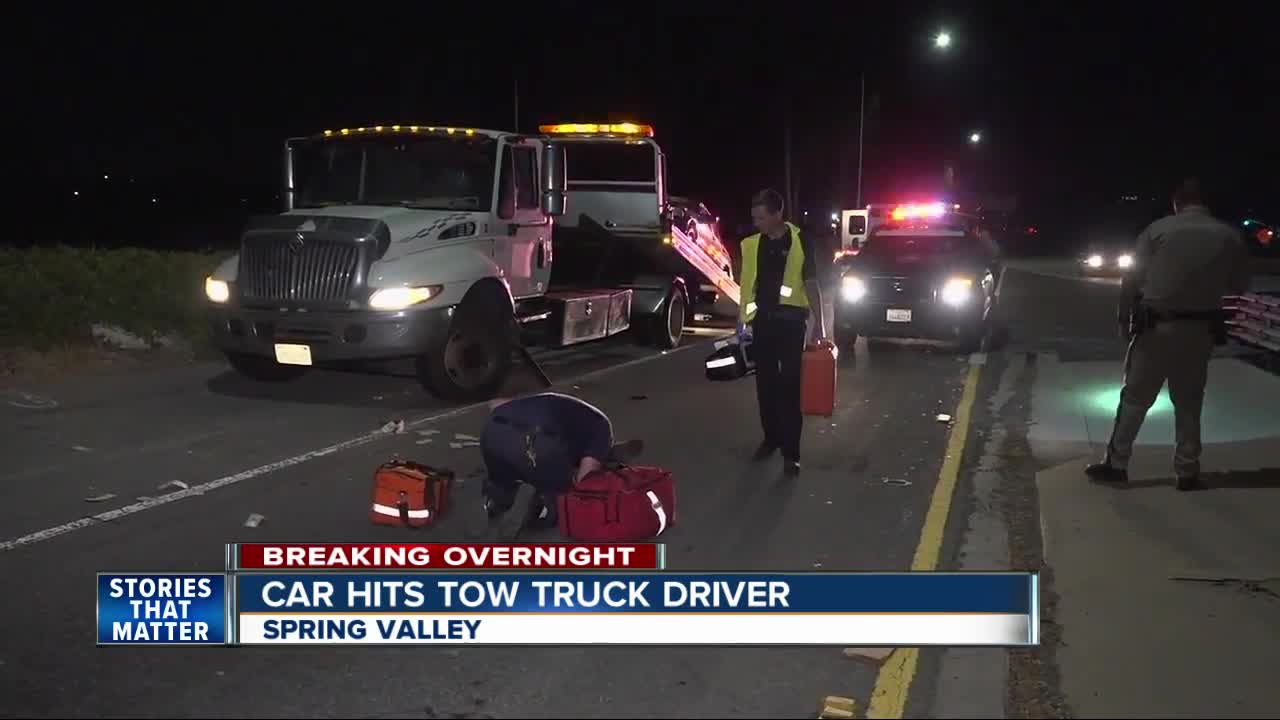 A tow truck driver suffered serious injuries after he was hit by an oncoming car on SR-125 in Spring Valley. 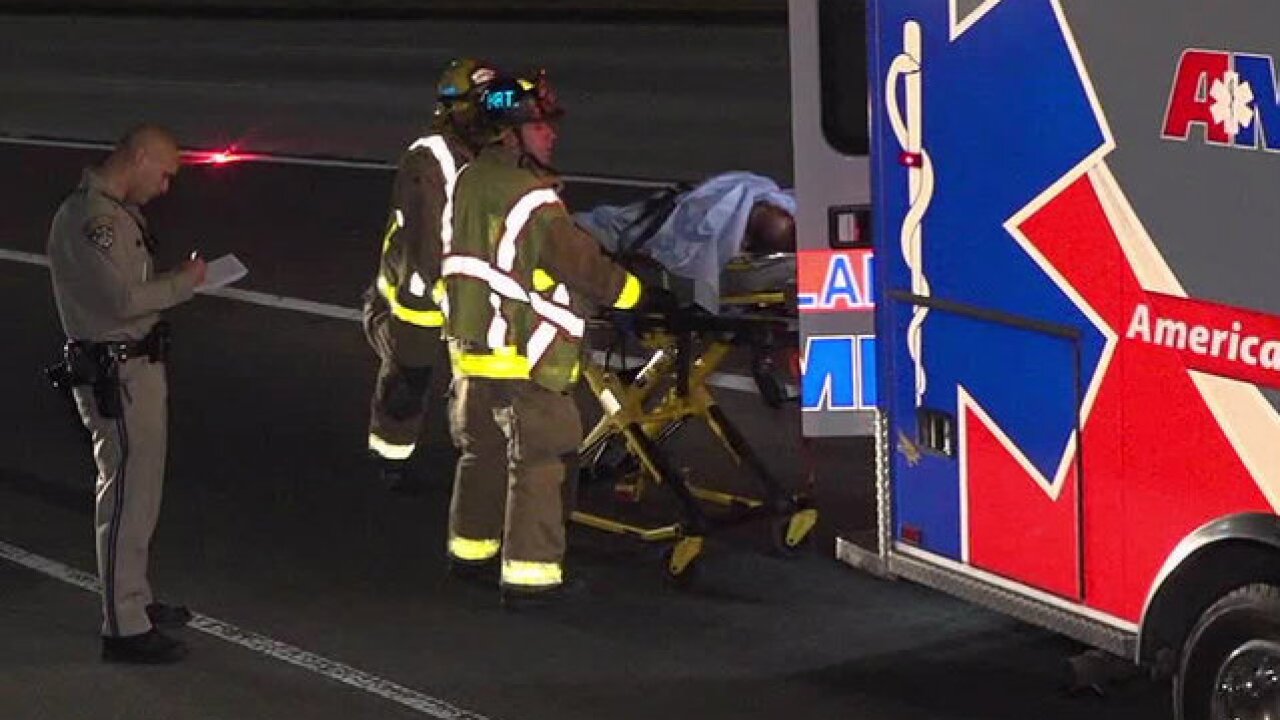 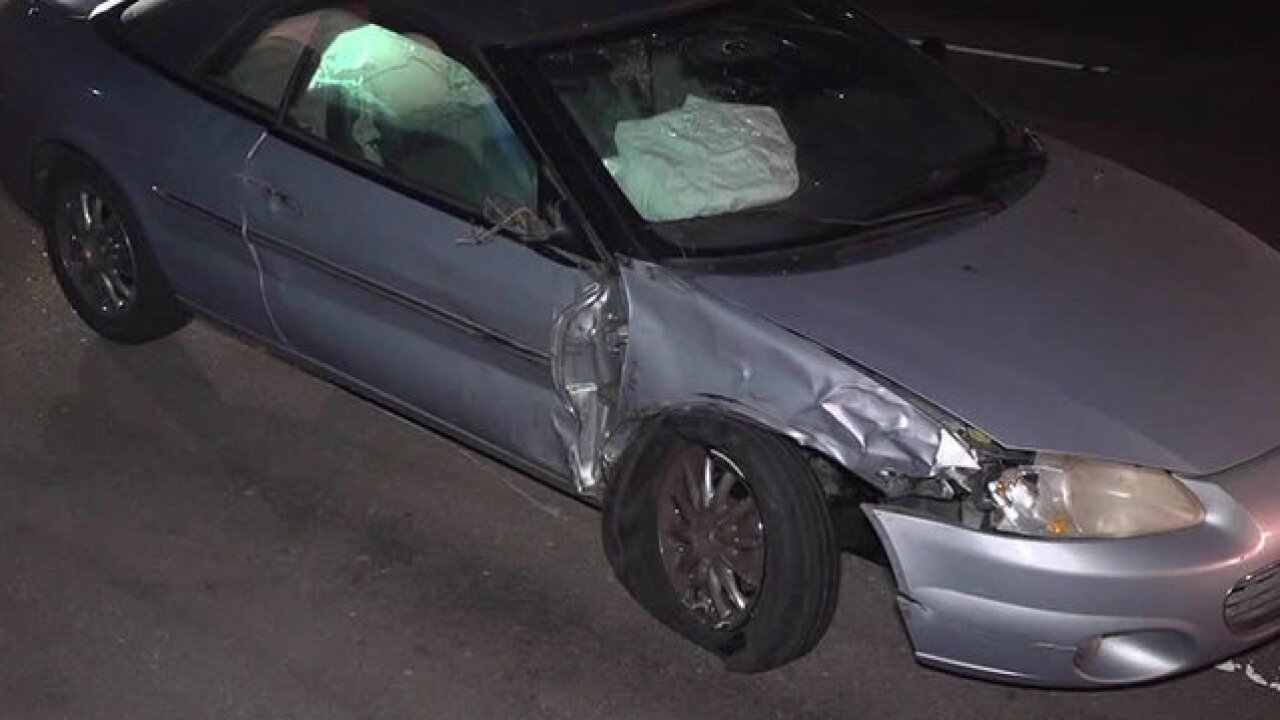 SPRING VALLEY, Calif. (KGTV) - A tow truck driver was rushed to the hospital Tuesday morning after being struck by an oncoming car as he assisted a disabled motorist on state Route 125 in Spring Valley.

At around 3:20 a.m., the victim was standing next to his tow truck on the shoulder of southbound SR-125 at the Jamacha Road exit when a Chrysler sedan struck him, California Highway Patrol officials said.

10News learned the victim was pinned against his truck and thrown onto the roadway. He was taken to Scripps Memorial Hospital with serious injuries, particularly to both of his legs.

The Chrysler’s driver stopped at the scene, and he later explained to CHP officers that he was attempting to exit the freeway onto Jamacha Road when he collided with the tow truck driver.

While DUI is not suspected in the collision, the incident remains under investigation.