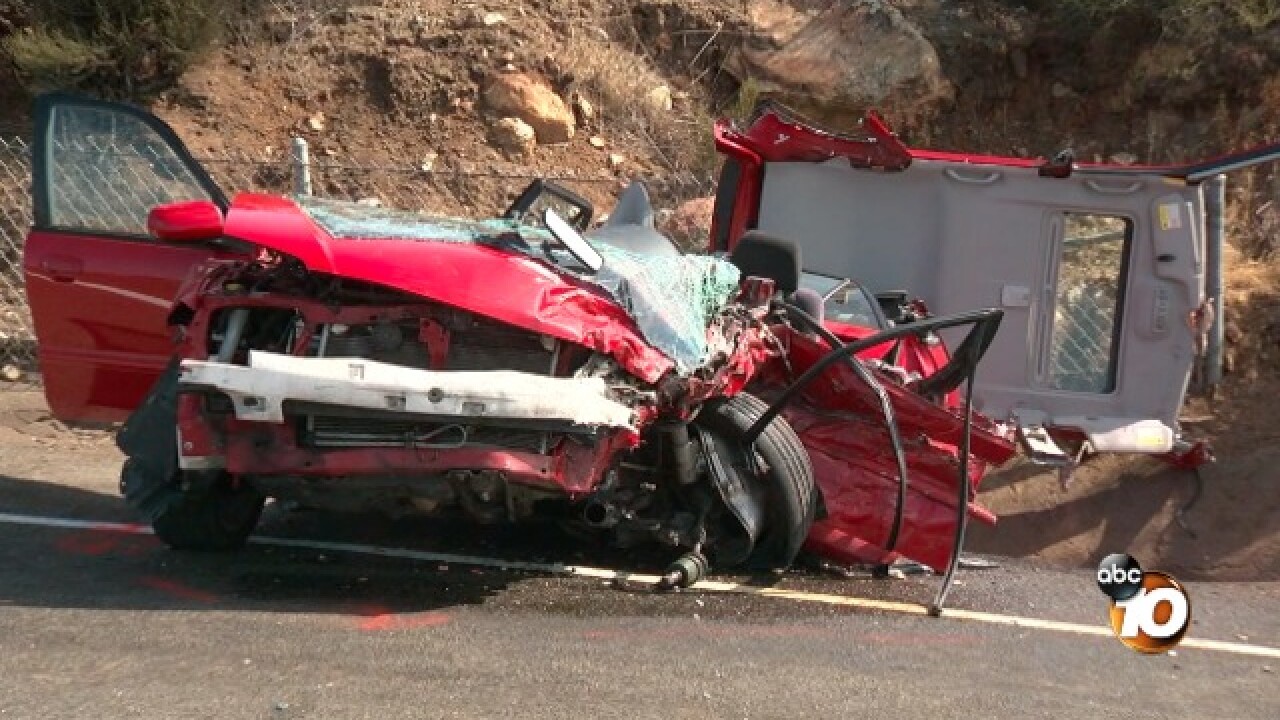 SAN DIEGO (CNS) - A head-on collision Friday in Poway injured three people, one of them seriously injured and airlifted to a hospital.

The collision occurred about 2 p.m. in the 15800 block of Poway Road, according to Sgt. David Toner of the San Diego County Sheriff's Department.

The investigation revealed the Mazda was eastbound on Poway Road and had drifted into the westbound lane when the collision occurred, according to the sergeant.

The 25-year-old woman driving the Nissan and her 1-year-old son were taken to a hospital as a precaution, while the driver of the Mazda, a 28-year- old man, was airlifted to Palomar Medical Center for treatment of serious injuries, Toner said.

Neither alcohol nor drugs were suspected as factors in the collision, he said.