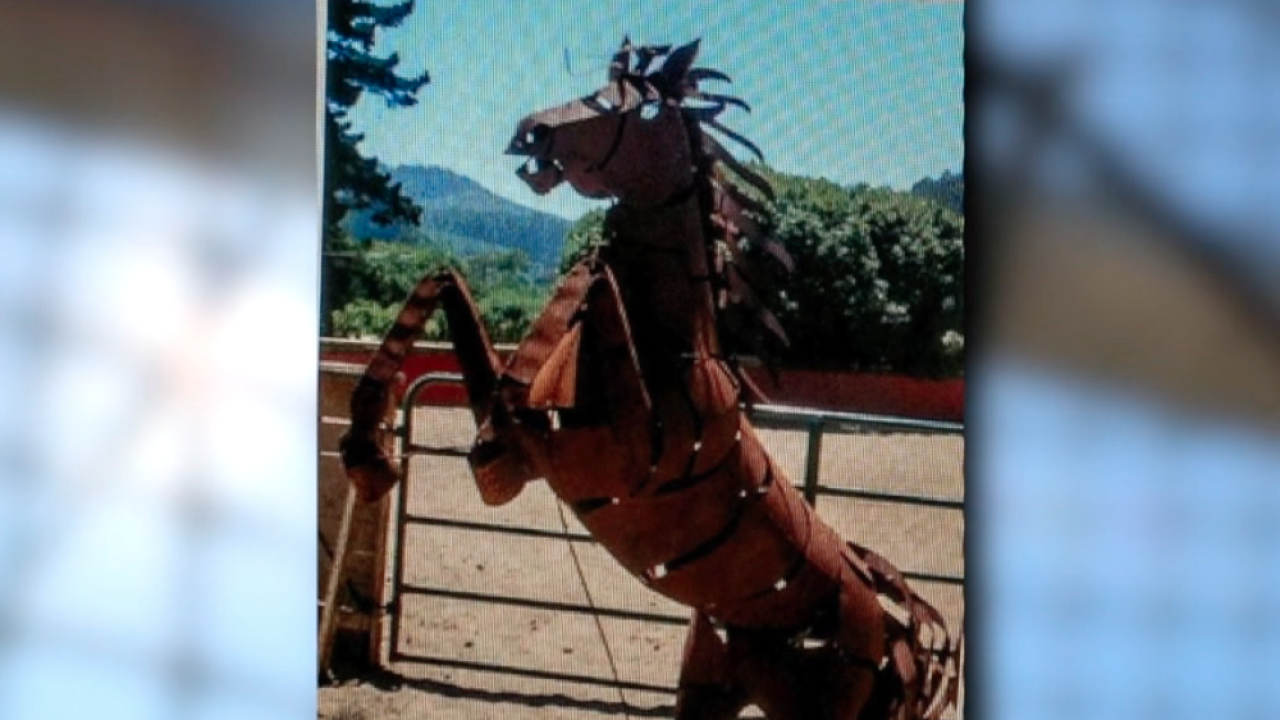 The men are accused of stealing the 10-foot-tall horse statue from outside the Double S Tack and Feed Store in unincorporated El Cajon on October 2. The statue weighs about 250 pounds, said owner Rita Gallant, somewhat lighter than initial estimates.

After the theft, Gallant gathered surveillance video from nearby businesses and solicited tips on social media from the East County community.

The video showed two vehicles were involved in the heist, including a distinctive Suzuki Samurai with a yellow flag mounted on a window, Gallant said.

But the big break came on October 22, she said. Employees sounded the alarm when two men pulled up in the same Suzuki Samurai with the yellow flag. The men asked about purchasing yard art. Gallant thinks they were actually scoping out more things to steal.

"Not very smart," she said.

After the store posted pictures and videos of the second encounter, a tipster was able to identify one of the men and deputies made arrests in two states.

"I never dreamed at all that I would ever get the horse back. I just wanted to make sure the people that stole him paid for it," she said.

Gallant said she spoke with investigators who interviewed the suspects.

"The gentleman took it for his yard," Gallant said. "He was doing a western theme."

She drove the roughly 250-pound statue home from Arizona Monday night in a horse trailer. The statue was damaged during the burglary and poorly welded back together, but Gallant said she has plans to make it even better than before.

She plans to re-weld the statue with a concrete base — possibly with steps to allow customers to take pictures — and a new sign on the bottom.