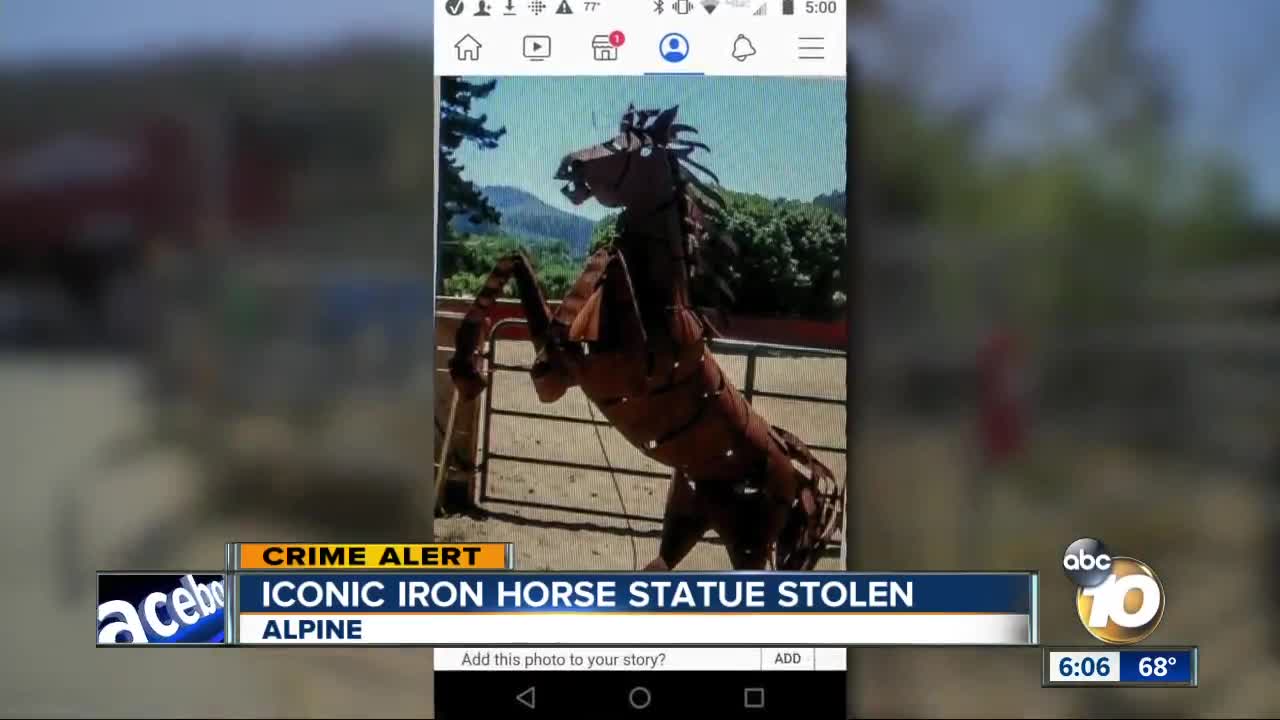 The owner of a popular iron horse statue in Alpine believes a lot of planning went into stealing it.

ALPINE, Calif. (KGTV) -- The owner of a popular iron horse statue in Alpine believes a lot of planning went into stealing it.

Rita Gallant says the iron horse was taken in the middle of the night.

The statue stood 14-feet tall and weighed approximately 300 pounds. Gallant says she didn’t notice it was gone until days later, so she checked her surveillance tapes.

“We believe they came in over the course of a couple of days. They had to remove some very large rebar wire that was in it that’s right here. So we had four of these that were in it to secure it to the ground,” Gallant said.

Gallant says she bought the statue 15 years ago and set it up at her store, Double S Tack and Feed.

Since then, the statue had become something of an icon in the neighborhood.