MURRIETA, Calif. (KGTV) - Evacuations remained in effect and schools were closed Thursday as firefighters battled a wildfire that has burned more than 2,000 acres in the Riverside County city of Murrieta.

The so-called Tenaja Fire, possibly sparked by an afternoon lightning storm, was reported just before 4:45 p.m. Wednesday near Tenaja Road and Clinton Keith Road in the La Cresta community, according to Cal Fire officials.

As of 5:30 p.m. Thursday, Cal Fire officials said the fire has grown to about 2,000 acres burned and was 10 percent contained. Officials said the blaze could accelerate as winds pick up and shift.

No structures have been damaged, and no injuries were immediately reported.

Fire crews from several Southern California agencies, including San Diego, joined the firefighting effort and attacked the flames on the ground and in the air.

As flames burned brush and threatened homes, mandatory evacuations were ordered for the La Cresta community, just west of Interstate 15.

Cal Fire officials said mandatory evacuations were in place for all 14 homes along The Trails Circle in La Cresta. Thursday about 2:30 p.m., new evacuation orders were added for Montanya and Belcara Places, Lone Oak Way and Botanica Place in Murrieta. 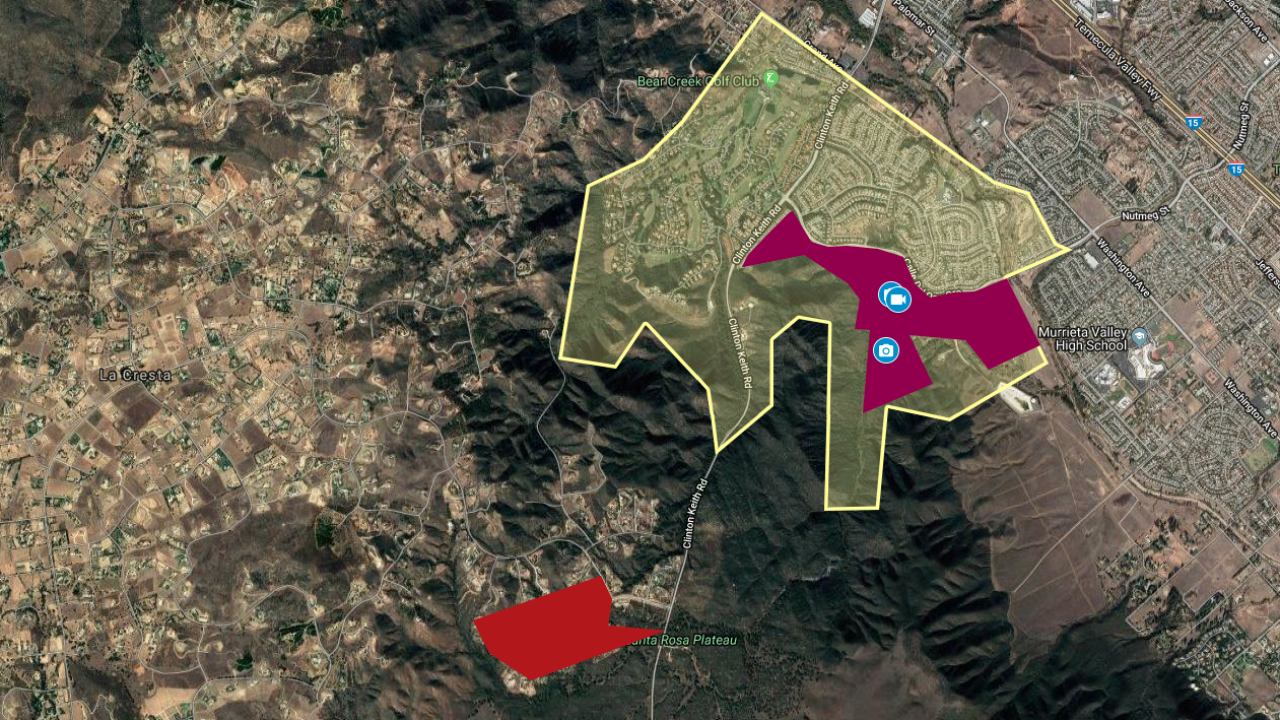 Roughly 570 homes were told to evacuate while at least 141 of those homes decided to stay, authorities said at a Thursday evening news conference.

Small animals are being accepted at the school’s care and reception center.

Cal Fire officials said all evacuation orders could be in place for possibly 48 hours.