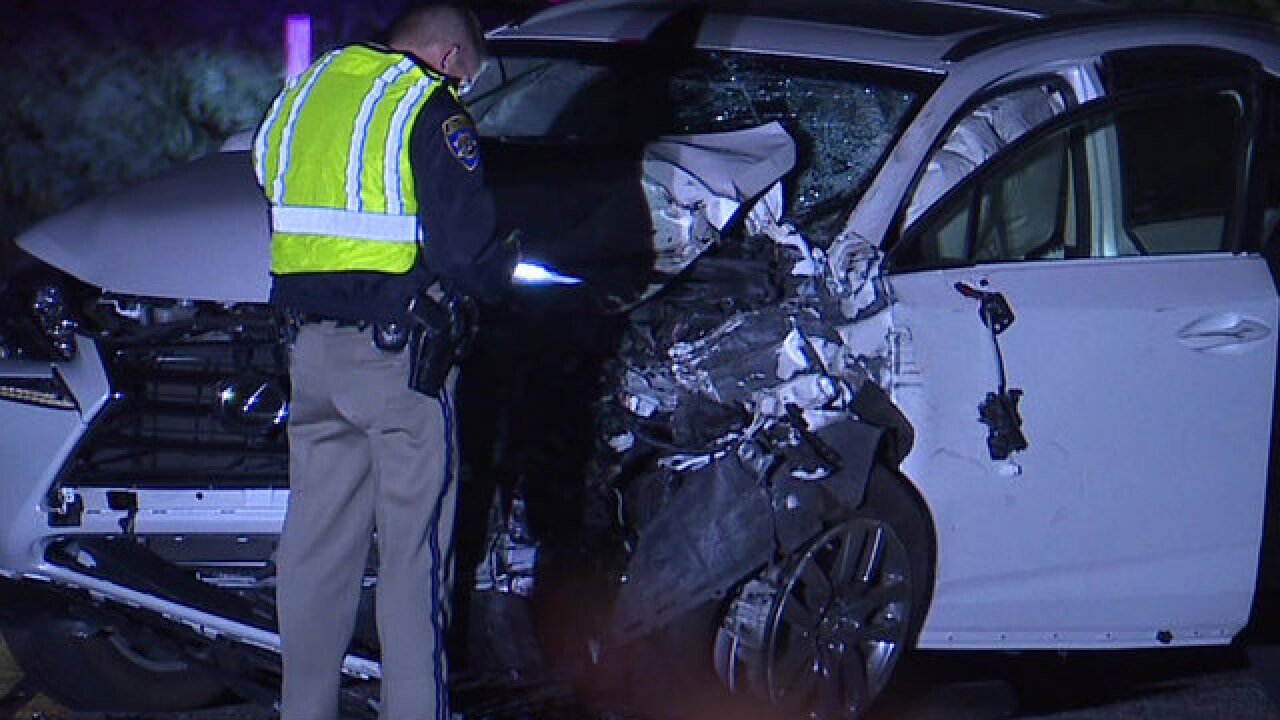 Copyright 2017 Scripps Media, Inc. All rights reserved. This material may not be published, broadcast, rewritten, or redistributed.
Lexus involved in collision on South Grade Road in Alpine (Dec. 11, 2017) 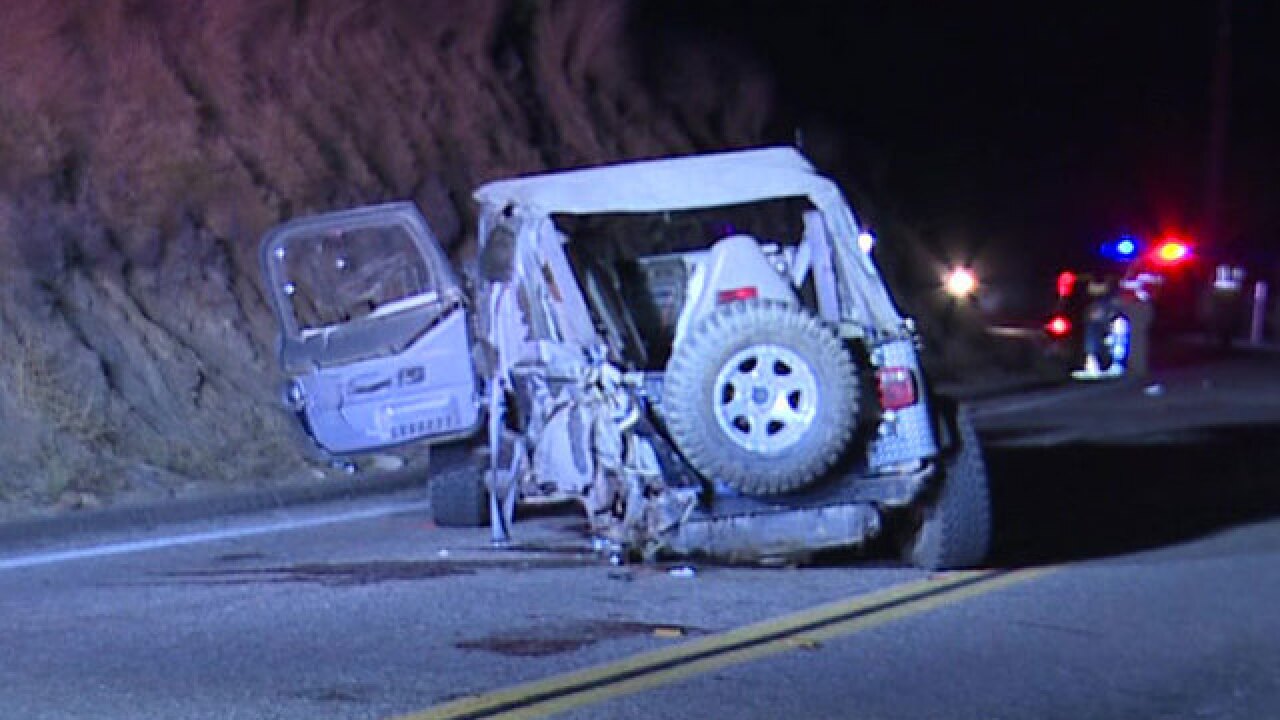 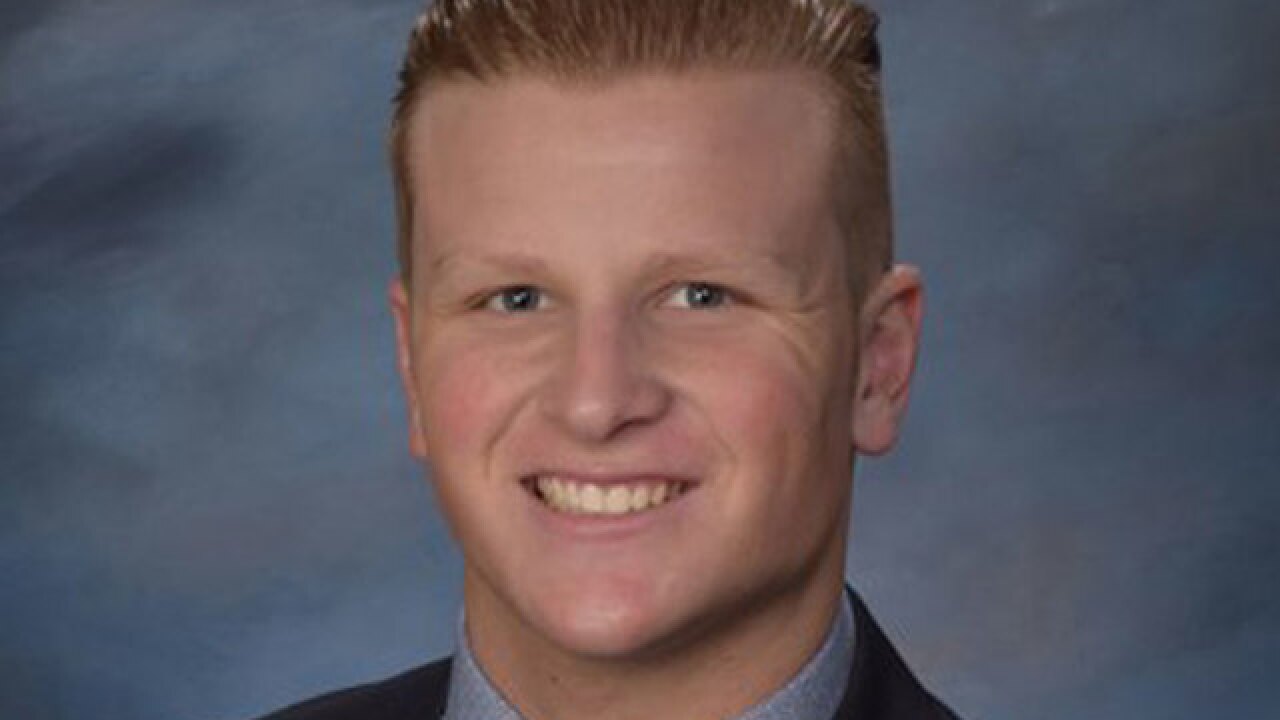 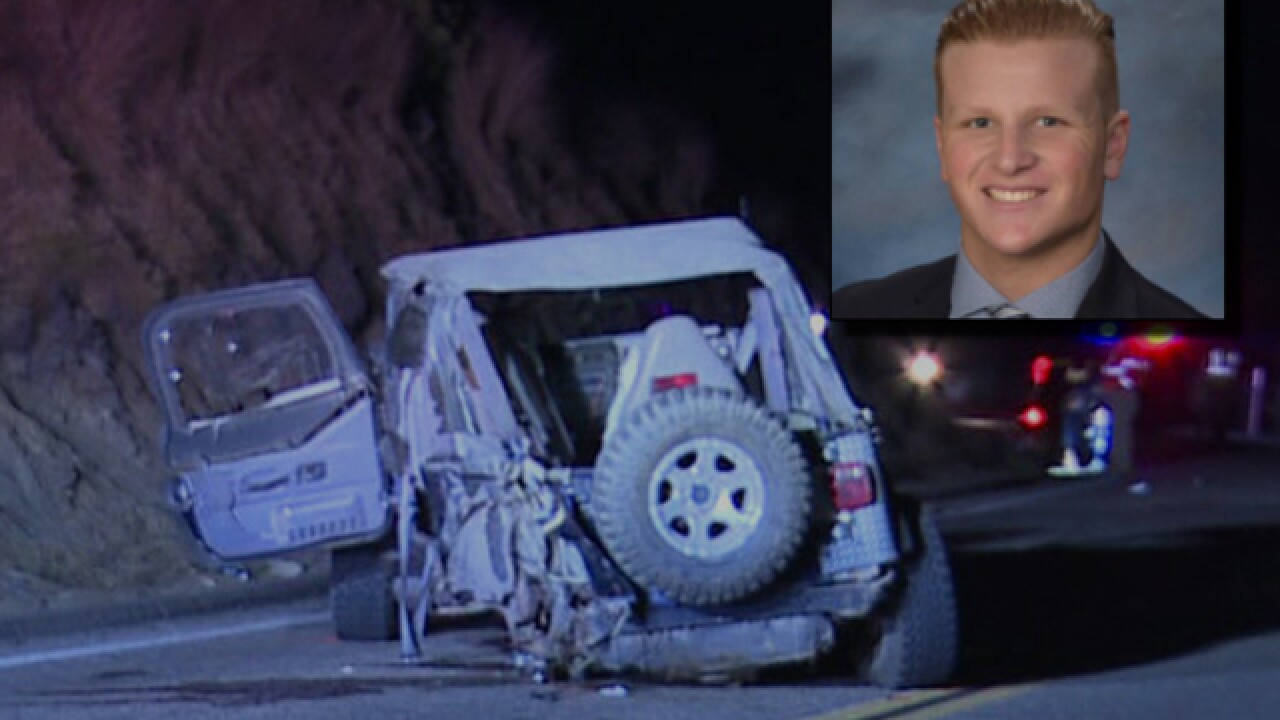 ALPINE, Calif. (KGTV) - A 17-year-old Granite Hills High School student died after he was ejected from a Jeep involved in a collision with a car on an Alpine road Monday night.

California Highway Patrol officials said a Jeep Wrangler was traveling westbound on South Grade Road just before 8:30 p.m. when, for unknown reasons, the vehicle's 18-year-old driver suddenly drifted to the right of the road, overcorrected into the eastbound side and drove into the path of a white Lexus.

According to CHP officials, the Jeep's "left side was broadsided by the front of the Lexus. The impact caused a 17-year-old male from Alpine who was riding in the back area of the Jeep to be ejected out of the vehicle and onto the roadway."

The teen, identified as William Burton, died at the scene, and CHP officials said he was not wearing a safety belt at the time of the crash. The driver and a 17-year-old passenger in the front of the Jeep were wearing their seatbelts and were taken to a nearby hospital with minor to moderate injuries.

The driver of the Lexus, a 51-year-old man, and his 13-year-old passenger suffered only minor injuries.

Family members and friends told 10News Burton was a senior and played football for Granite Hills. 10News learned Burton and the two others in the Jeep had just left a football team banquet.

CHP officials said they did not immediately believe alcohol or drugs were a factor in the collision.
Grossmont Union High School District officials issued the following statement regarding the tragic crash:

William was well-loved and very active on campus. He was an accomplished student athlete who played baseball, basketball, and most recently was named to the All-CIF team in football. His positive spirit touched the lives of many on campus and in the community. He will be greatly missed.

There were three Granite Hills students involved in this tragedy. We are working to meet the needs of all families involved, as well as our students and staff at this time. Counseling services are being provided at the school.

We have no further details at this time. If you search the NCAS Sports and UT websites you will find very recent information on William and his personal statement.