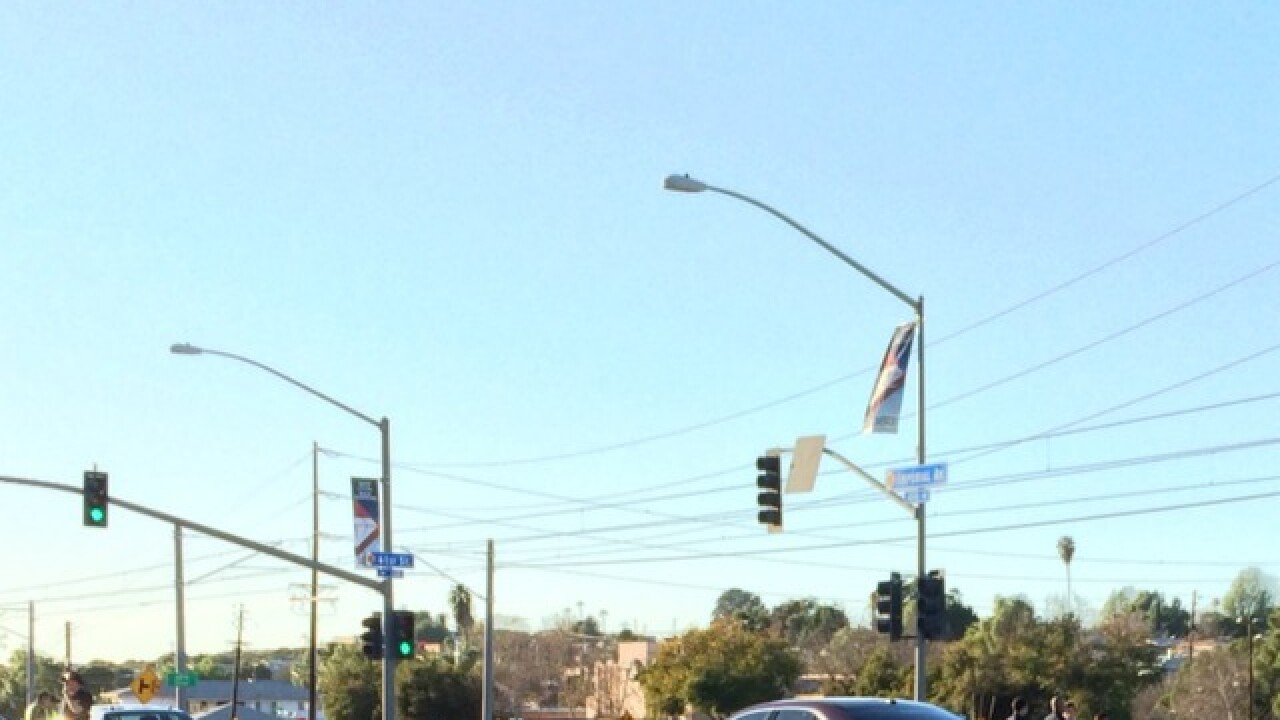 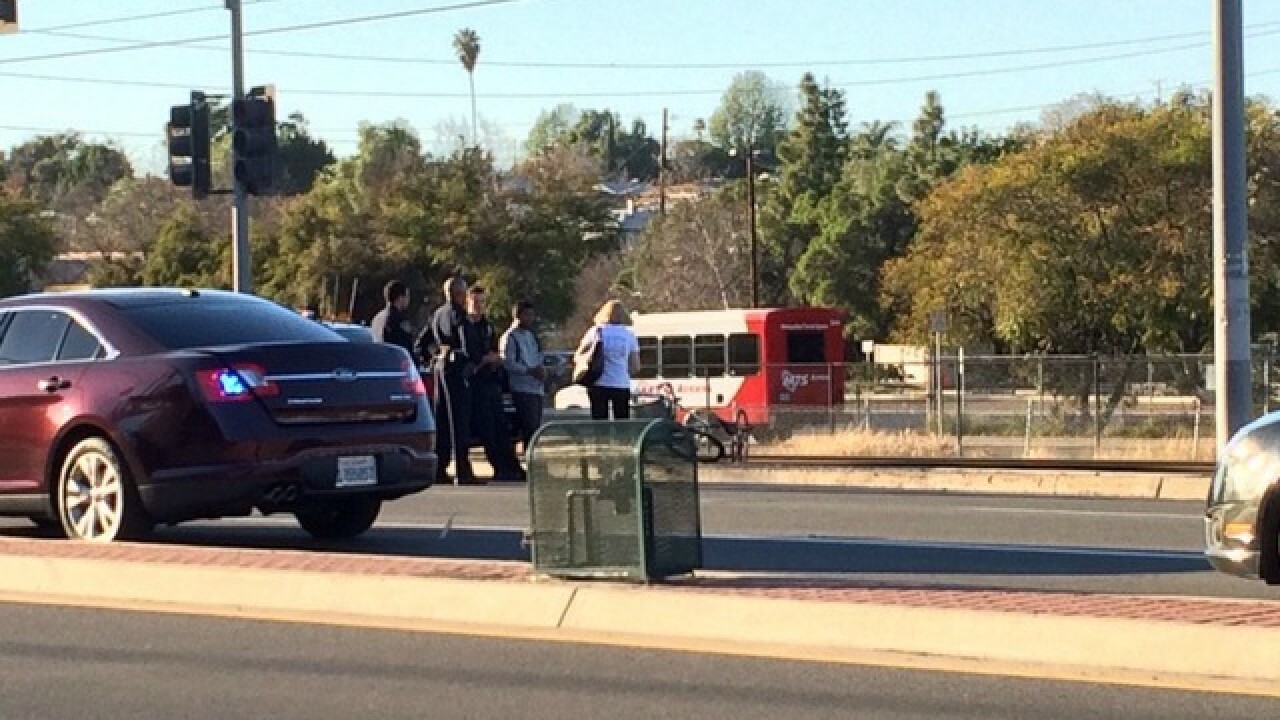 SAN DIEGO -- A teen boy who was trying to escape a robbery on his bicycle while riding along the San Diego Trolley tracks crashed his bike, hit his head and died Monday afternoon.

San Diego police said no trains were involved in the apparent accident, shortly after 2:30 p.m. on the tracks that run parallel to Imperial Avenue at 60th Street, in the Encanto district of southeast San Diego.

Thirteen-year-old Jose Guadalupe Hernandez Dominguez and a friend were speeding down a steep hill away from an alleged robbery. They were riding along the trolley right-of-way, and as they approached Imperial Avenue, Dominguez could not slow his bike or negotiate a turn onto Imperial.

Police said he continued northbound across Imperial Avenue and struck the north curb line and guardrail. He flew off his bike and hit his head on the tracks. Dominguez was pronounced dead at the scene by authorities.

Police said both boys were not wearing any safety equipment. Trolley service was interrupted during the investigation.

There were no immediate details on the alleged robbery.