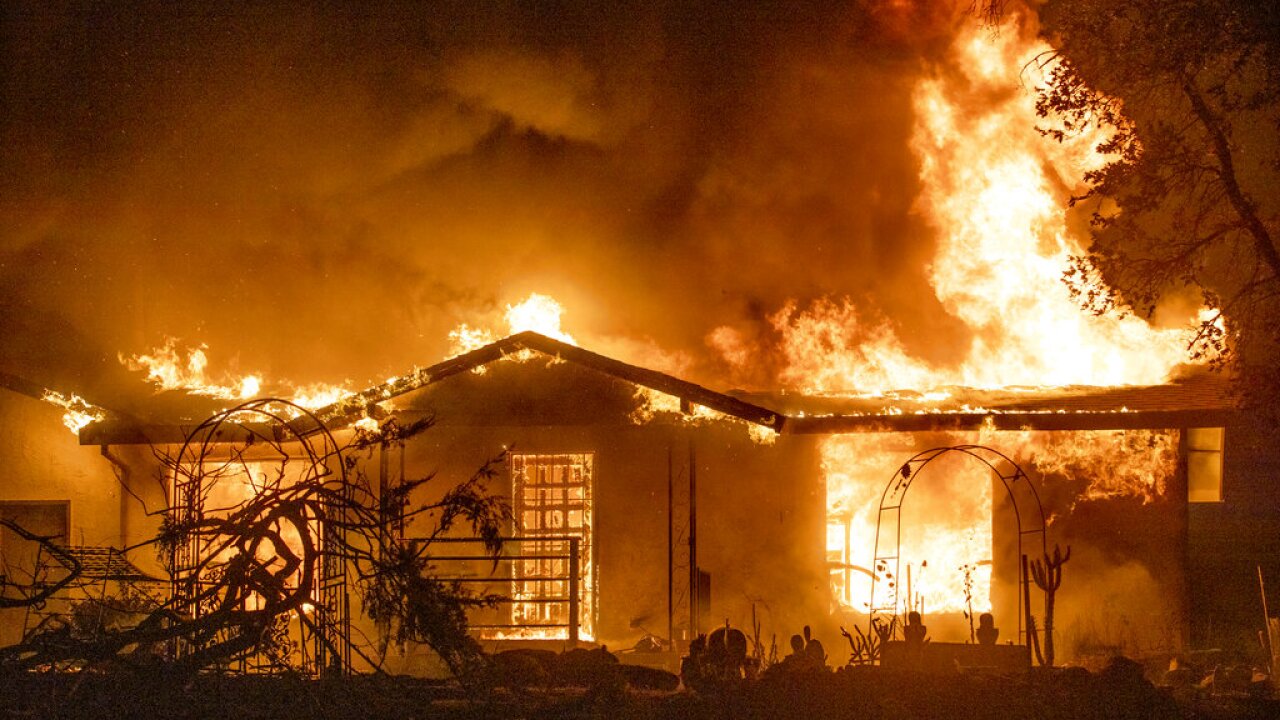 (Copyright 2020 The Associated Press. All rights reserved. This material may not be published, broadcast, rewritten or redistributed.)
Ethan Swope/AP
FILE - In this Sept. 27, 2020, file photo, a house burns on Platina Road at the Zogg Fire near Ono, Calif. California's largest utility company said its equipment might have caused a fatal wildfire last month in a county in the northern part of the state, the Mercury News reported Saturday, Oct. 10, 2020. (AP Photo/Ethan Swope, File)

PG&E says in a filing Friday with the Public Utilities Commission that investigators with the California Department of Forestry and Fire Protection seized some of its electrical equipment near where the Zogg Fire started Sept. 27.

The fire erupted in Shasta County during high winds and quickly grew, killing four people in the community of Igo, population 600. It later spread to neighboring Tehama County.