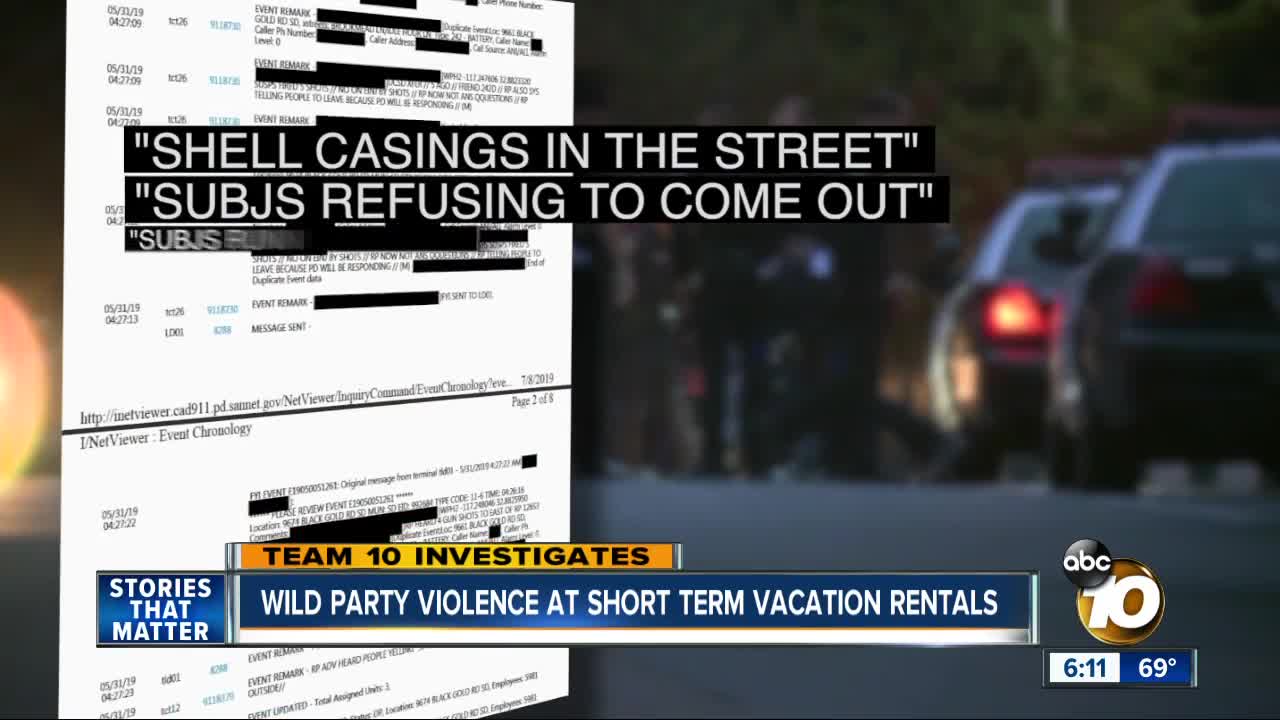 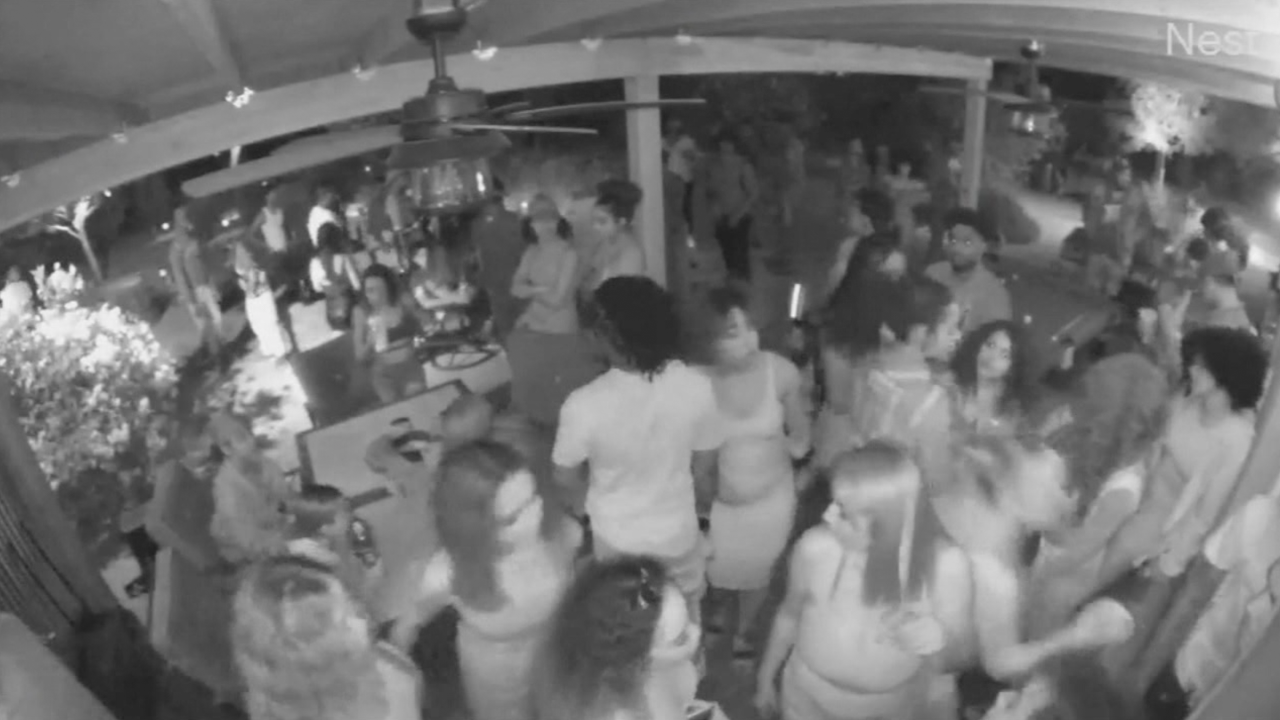 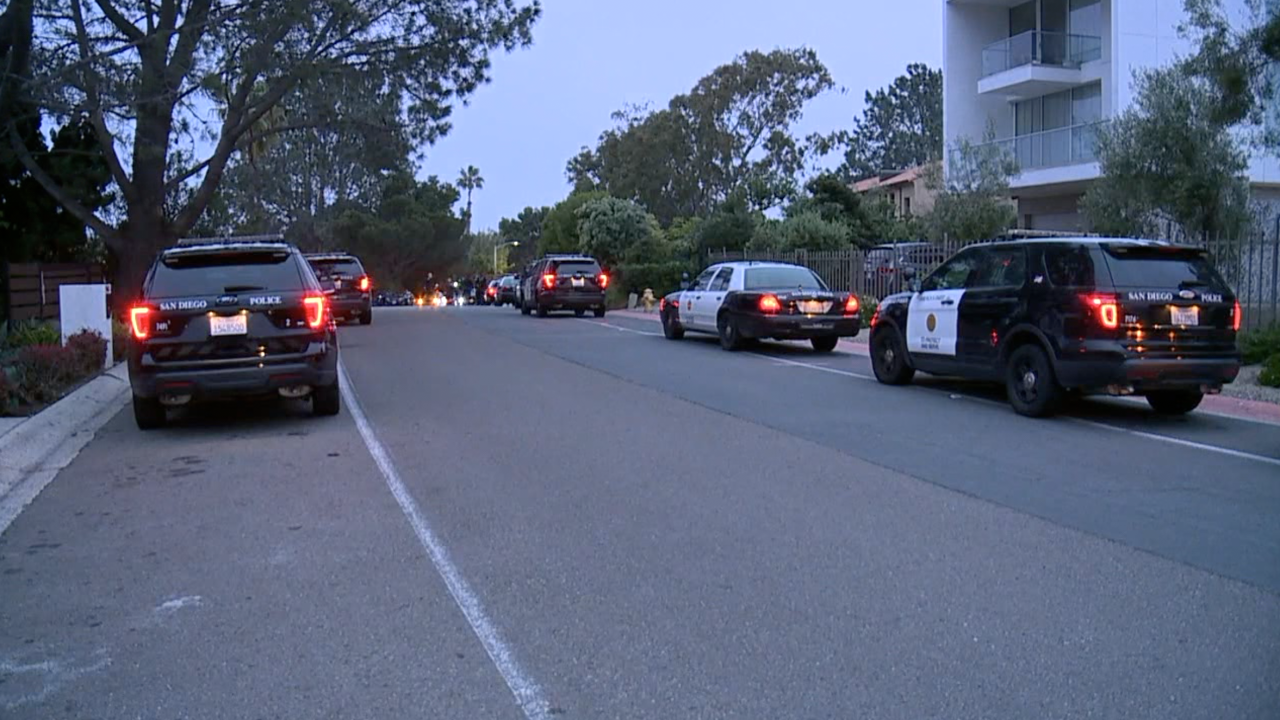 This past Spring in La n la Jolla, gunfire erupted during a party at an Airbnb mansion, terrifying neighbors. Team 10 investigative reporter Jennifer Kastner has spent weeks looking into whether vacation rental platforms are doing enough to protect our San Diego communities.

Popular platforms Airbnb and Vrbo notified 10News that they do background checks, but the system isn’t infallible. Meanwhile, some local safety advocates say that the City of San Diego is, in part, to blame for the problem.

10News’ cameras captured the chaos and cop cars on La Jolla’s Blackgold Road after shots rang out in May at a multimillion-dollar mansion that was being rented out on Airbnb. After filing a public records request, 10News recently learned new details from a report released by police. The report describes the "shell casings in the street," "[subjects] refusing to come out," and "[subjects] running upstairs."

“I moved here actually 43 years ago,” says Val Arbab. The 87-year-old lives across the street and says the mansion is often rented out for big, loud parties. “It’s always many, many people. It's always adults. I only see males,” she tells us.

Arbab and other neighbors say that partygoers clutter the street with cars and trash.

The mansion owner declined an interview with 10News.

Short Term Vacation Rentals (STVRs) have made headlines across the country after parties at STVRs got out-of-control. Security video from an STVR in Arizona shows a huge crowd. Partiers are seen leaving with the homeowner’s personal belongings, like his clothes. “[I was] watching my house and [I was] seeing them carry out item after item after item,” the homeowner later told a news crew.

Security video from Sacramento shows someone firing off a handgun at a party hosted in an STVR.

In Arizona, video obtained by a local news crew shows crime scene tape woven through a neighborhood where, earlier, a party at an STVR turned into a fight, leaving a young man dead.

Other news crews captured video out of Pennsylvania after a party at an STVR became violent. “A dozen or so gunshots woke me up,” said a neighbor.

Ann Kerr is the President of the La Jolla Town Council. We met at her home, a few miles south of the mansion where shots rang out. She's Chair of the San Diego Working Group on Short Term Rentals, which is pushing for better regulation of STVRs.

“Our fundamental policy is that we welcome [STVRs] but not at the degradation of the quality of our neighborhood and we want good neighbor policies enforced,” says Kerr.

The San Diego Working Group on Short Term Rentals has released 2019 recommendations for STVR regulations. These include establishing a new enterprise fund dedicated to the administration, monitoring, and enforcement of STVRs. The fund would hold all fees, taxes, and fines from the STVR industry. It would be used to help with operations related to permitting, monitoring, and enforcing STVRs.

The status of STVRs remains a gray area in the City of San Diego. They're technically not permitted, but no one is cracking down on them until the Mayor's office and City Council adopt a resolution on how to regulate and enforce.

The San Diego Working Group is urging the City to adopt its recommendations as a new ordinance. “The longer that the politicians wait to put some kind of enforcement and compliance system in, the more vacation rentals will be established,” she says. She explains that in that time, the less peaceful neighborhood could become.

Both Airbnb and Expedia Group (Vrbo and Homeaway) have an online submission form where neighbors can report concerns.

An Airbnb spokesperson writes, “The overwhelming majority of Airbnb hosts and guests are good neighbors and respectful travelers. We encourage hosts to outline clear rules regarding minimum night stays, noise, parties, and events and we will take appropriate action -- including suspension or removal -- when our Community Standards have been violated.”

On the issue of background checks, Airbnb writes, “While no background check system is infallible, we screen all hosts and guests globally against regulatory, terrorist, and sanctions watch lists. For United States residents, we also run background checks looking for prior felony convictions, sex offender registrations, and significant misdemeanors. We are working with additional governments around the world to identify where we can do more background checks.”

A spokesperson for the Expedia Group writes, “We use technology to verify user accounts, giving travelers confidence in the authenticity of owner identities, and we conduct certain background screenings where we're able to. Although we take steps to confirm the identities of our community members, we advise travelers to always read owner profiles and reviews. We will continue to make investments to build impactful trust and safety policies, solutions and support. We support owners by educating them about best practices for creating safe and private spaces for travelers, and we use technology to verify the identities of owners and travelers whenever possible. We advise our community to follow state and local laws that may apply.”

The San Diego City Attorney’s Office writes, “Short term rentals are not permitted under the San Diego Municipal Code. However, the Code Enforcement Division of the Development Services Department has not referred to our Office any cases for prosecution. Proposals such as the ones you listed fall under the jurisdiction of the City‘s policy makers, the City Council and Mayor, and can be addressed by them.”

"Following through on his commitment, the Mayor introduced a common-sense plan to regulate short term rentals last year. The Council adopted that framework but made modifications, which ultimately resulted in a referendum that prompted the City Council to rescind the ordinance. Our office continues to believe the Mayor’s original proposal was a fair compromise, and will continue meeting with stakeholders to determine if there is a legislative solution to this issue."

In a follow-up email, his Office wrote, in part, “…the Mayor has always supported using revenue generated from fees applied to short-term rentals for code enforcement…
Mayor Faulconer is committed to active enforcement to ensure hosts, guests and online platforms for short-term rentals are in compliance with the new regulations. That includes a new team of police and code enforcement officers to work evenings and weekends to address code complaints; the creation of a license and registration system that interfaces with City databases; and a new complaint hotline or mobile application for residents to report violations…”

We asked the Mayor’s Office and other City communications officers for an update on when the issue of STVRs will be on the Council agenda again, so that a decision can be made about how to regulate and enforce them. The Mayor's Office referred us to Council President Georgette Gómez's Office. A spokesperson reported that there are currently no plans to put the issue on the docket.

Arbab is hoping for any resolution to party problems so her street might one day return to what it used to be. We all knew each other and I was very happy,” she adds.