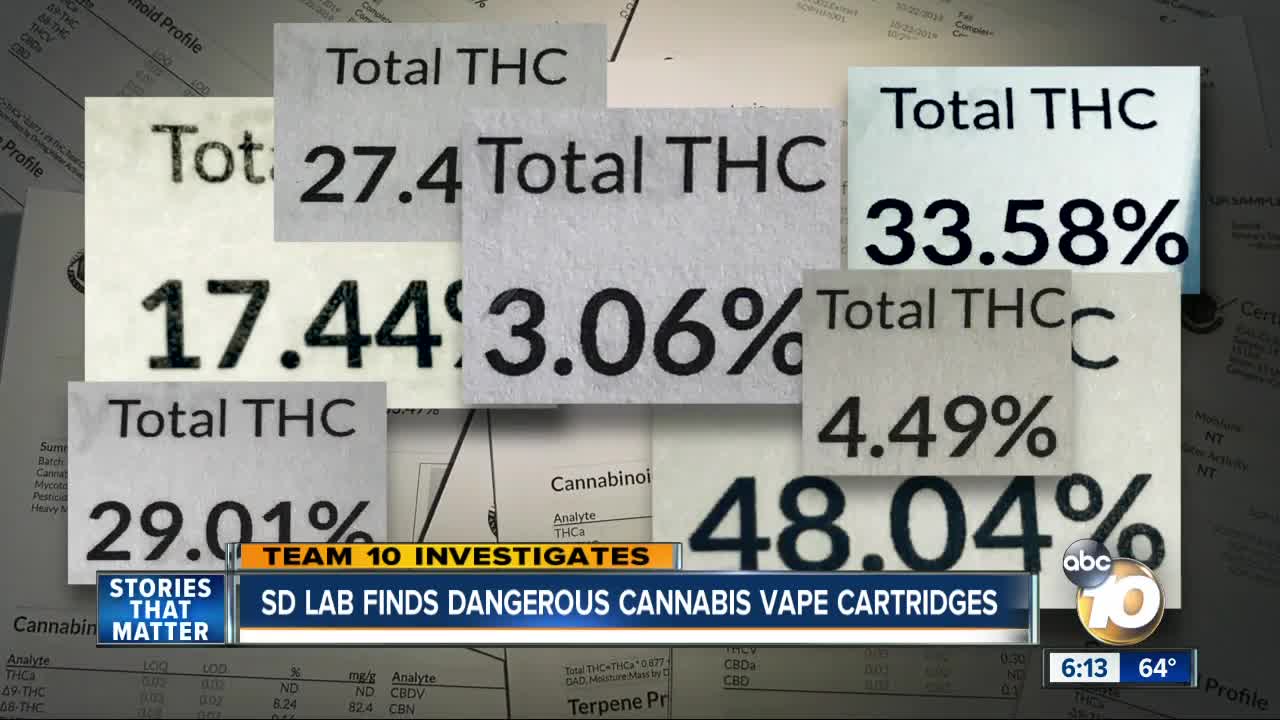 A local marijuana testing lab is releasing vape test results that are alarming. Almost 80% of the cannabis vape cartridges were tested and deemed "unfit for consumption." 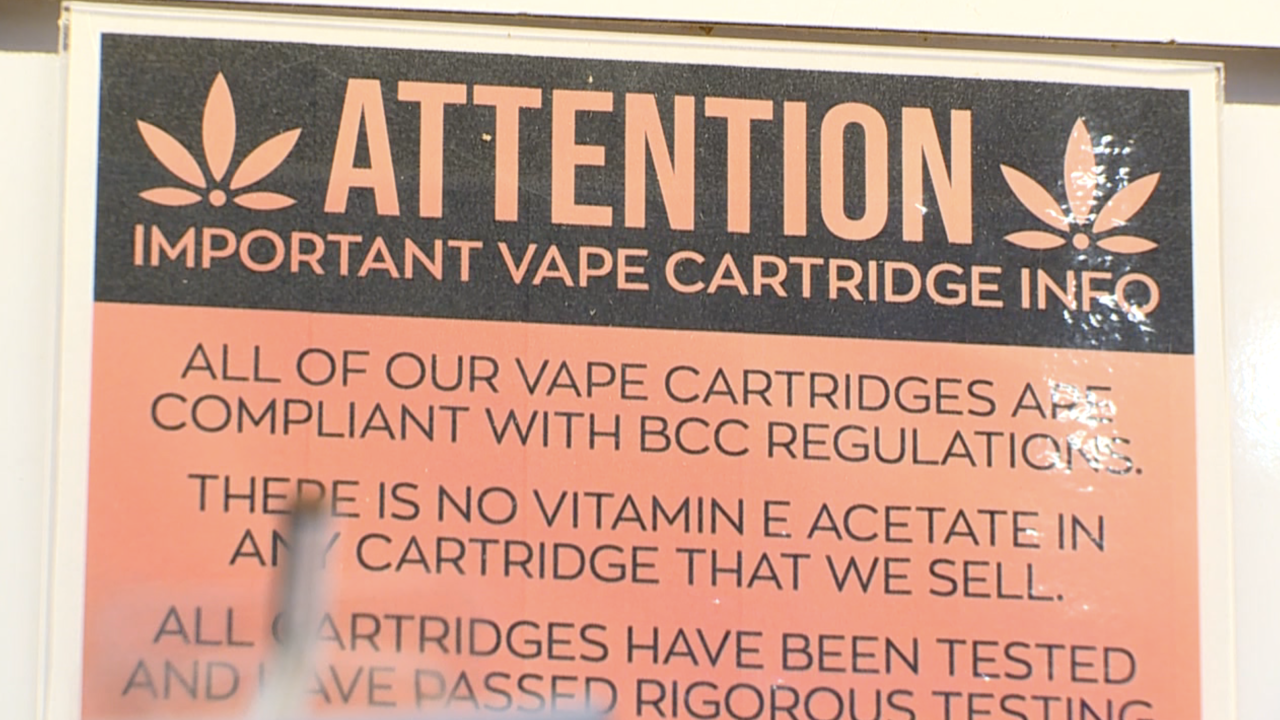 SAN DIEGO (KGTV) – A local marijuana testing lab is releasing vape test results that are alarming. Almost 80% of the cannabis vape cartridges were tested and deemed "unfit for consumption."

Co-founder George Sadler is on a mission to spread awareness about the serious potential health risks of using products from unlicensed vape makers and sellers.

"It's horrible," he tells 10News, adding, "It's doing so much harm to people, versus walking into a licensed store."

Platinum Vape recently teamed up with nearby licensed cannabis dispensary Mankind to buy back cartridges that ranged from home-made concentrates to counterfeits of popular legal brands.

In exchange, customers got discounted Platinum Vape cartridges that are tested and regulated.

Mankind Chief Operating Officer Vera Levitt tells 10News, "We wanted to encourage them to replace something that could make them sick with something that was safe."

The cartridges were sent to Infinite Chemical Analysis Labs, or InfiniteCAL. It's a local cannabis testing lab that then analyzed the cartridges for potency, pesticides, and heavy metals.

The lab found that 79% of the cartridges were deemed "unfit for consumption".

Additionally, 62% of them failed for pesticides. Almost 40% of the cartridges failed for lead.

"[Were there] toxic levels of lead?" 10News asks InfiniteCAL co-founder David Marelius. "One of the vape pens had almost a hundred times the legal limit," he explains.

The lab also discovered that half of the products had less than 50% THC in them. Some of the cartridges were cut with excessive levels of vitamin E acetate; the additive may be linked to numerous vape-related deaths and illnesses. Marelius adds, "20% of them had a significant amount."

"It's sad for me. Public safety is a really important part of what we do and what we believe in," says Levitt.

Levitt says that the only way to ensure that customers are getting safe products is if they buy them from licensed dispensaries that have purchased products from distributors that are regulated by the California Bureau of Cannabis Control, like Platinum Vape.

"I think the exposure needs to be there for people to really understand what's happening," adds Sadler.

Visit the link below to check out any marijuana dispensary's licensing status.