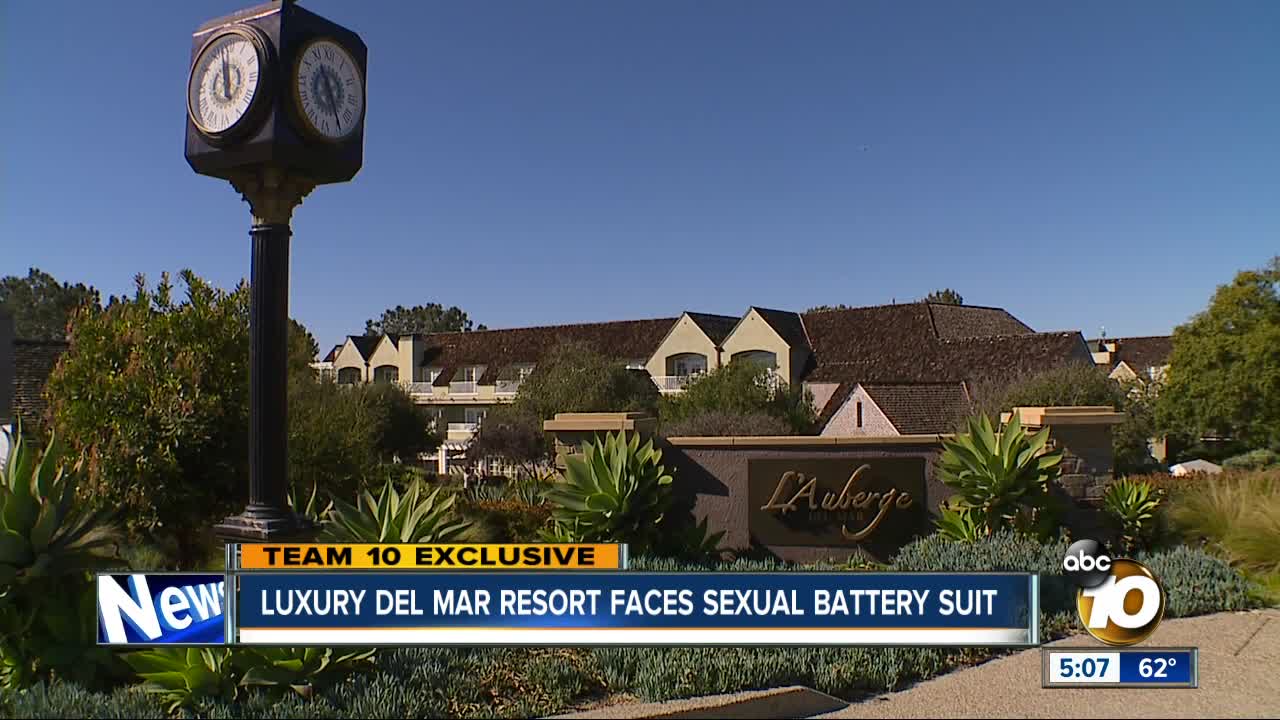 DEL MAR, Calif. (KGTV) – A massage therapist is charged with sexually assaulting a spa guest at a luxury resort in Del Mar.

On the L’Auberge Del Mar website, it touts being named a top-rated hotel by Condé Nast Traveler and U.S. News and World Report. But the world-class spa is now at the center of a terrifying accusation.

According to a newly filed lawsuit, a female guest is claiming that in 2018 while "naked on a table" in a darkened room, massage therapist Daniel Iorga "molested her, repeatedly and intentionally" and she froze, fearing for her safety.

He was terminated the following day, according to the complaint.

We spoke to Iorga by phone on Friday, who says he's “very sorry” and it was an “accident.” He says he’s no longer working as a massage therapist.

“I have arrested people that were massage therapists at nice boutique [hotels],” says Cathy Garcia, a retired sex crimes investigator for San Diego Police Department and the District Attorney’s Office. “We've had many massage therapist cases over the years."

“You're disrobing. You're face down. It's very relaxing,” she adds.

The woman who says she was attacked at L’Auberge Del Mar is suing Iorga, the resort and affiliated parties for negligence and sexual assault, among other complaints.

Details are limited, but paperwork from deputies reveals that 17 months prior, an accusation was made claiming that another customer was assaulted by different massage therapist at L'Auberge Del Mar.

It doesn't stop there. Let's go back to Iorga.

A Coronado Police report given to 10News outlines how Iorga allegedly touched a guest in her private area for around 10 minutes when he worked at the Hotel Del Coronado in 2013. He reportedly said he never touched anyone inappropriately.

A spokesperson for the Hotel Del Coronado sent 10News the following statement:

“Hilton assumed management of the Hotel Del Coronado in August 2017. During Hilton’s tenure as manager of the Hotel Del Coronado, this individual has not been employed at the hotel. We are not in a position to comment on individuals who may have worked at the hotel prior to August 2017. We take allegations of this nature very seriously, and certainly will cooperate with local authorities on any investigation.”

The case was thrown out. Iorga would not provide us with any comment about that allegation.

Garcia encourages all victims to report any unwelcome behavior, despite the daunting fear and worry.

“[They] worry for themselves and what they're going to have to go through,” she adds.

Iorga's state license expired at the end of the year. His trial is scheduled for March 3.

10News reached out to L’Auberge Del Mar. We are waiting for a response.