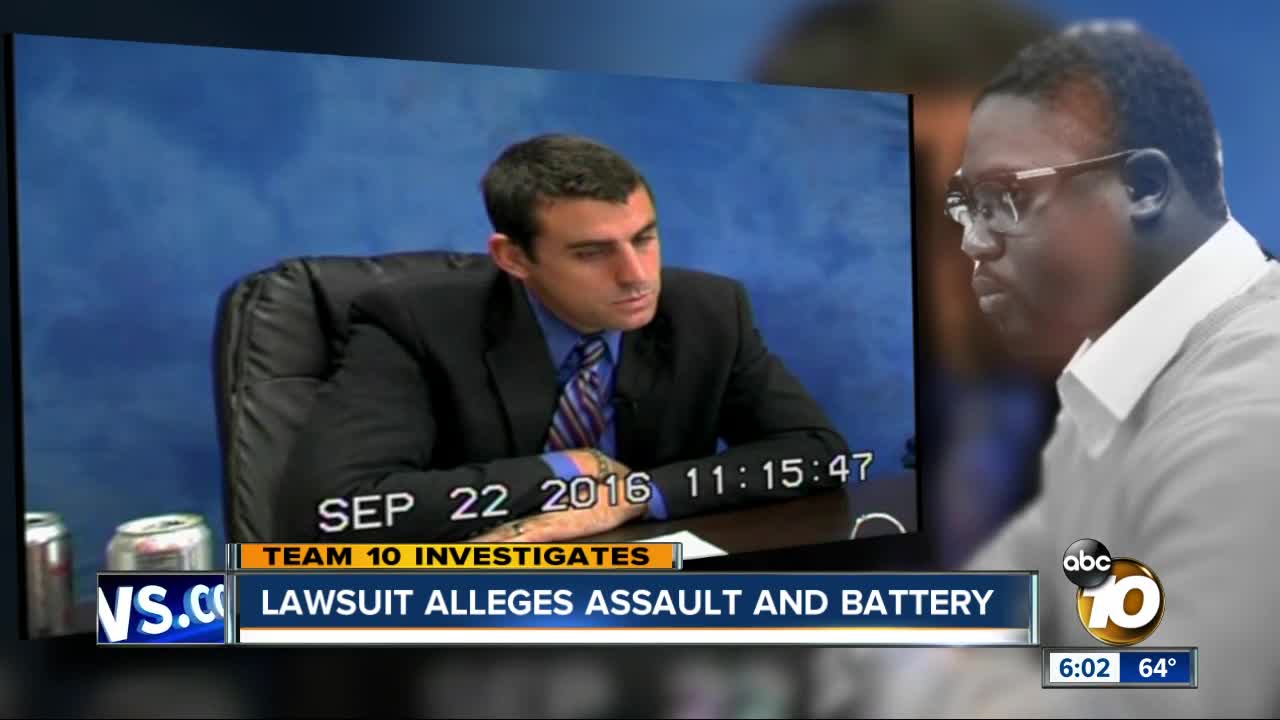 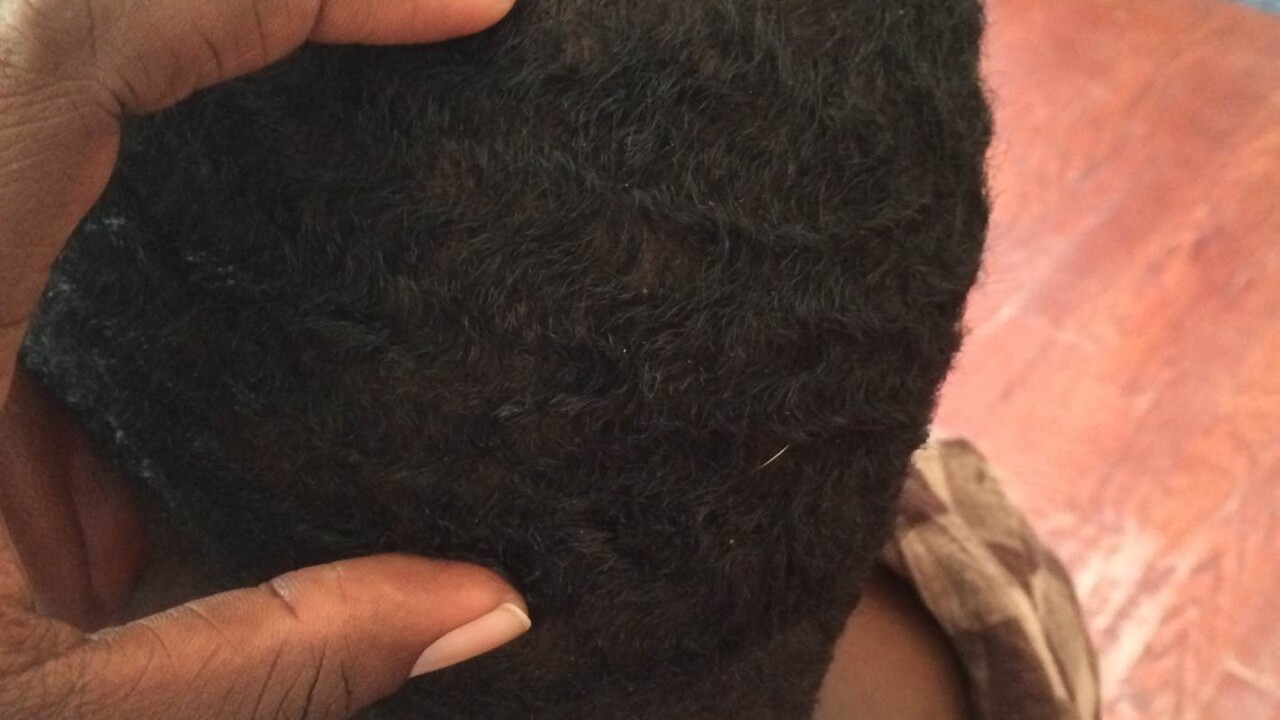 One San Diego attorney said those statistics validate what he already suspected about the treatment of his client.

Bruises on the back of his head and dog bite marks on his body -- those were the visual aftermath of what lawyer Joseph Dicks described as the 2014 beating of a black man by law enforcement in a predominately white neighborhood in Fallbrook.

"I just never would have thought that it would have been me," said Mickail Myles.

It took more than five years for Mickail Myles to be ready to share his story.

He now lives in Virginia because he didn't feel safe in California and spoke to 10News through Skype.

On the night of Sept. 5, 2014, Myles said he left his house to pick his brother up from a skating rink about 20 minutes away in Temecula. Myles says when they returned to Fallbrook they saw law enforcement in the neighborhood.

"Came back seen activity on my street," Myles said.

Myles' attorney said Myles pulled around the block and saw flashing lights in his rearview.

"There are at least four police officers with their guns drawn at the vehicle," Dicks explained.

According to an incident report obtained by Team 10, a neighbor had called 9-1-1 reporting an attempted vehicle burglary with some of the suspects driving off in a white car.

The incident report says while speaking to deputies, neighbors identified Myles car as it drove by saying “That’s the car.”

"He's ordered out of the car by four different deputies screaming confusing commands and contradictory commands while a dog is barking," Dicks described.

According to a lawsuit Myles filed against the County of San Diego and Deputy Jeremy Banks, "Confused, scared and unsure of what to do next, Myles attempted to comply with the officers' commands by opening his driver-side door and exiting his vehicle. Myles attempted to fully comply with further confusing and inconsistent demands of him, by raising his hands above his head, facing away from the officers, and walking backward toward the armed officers as he was ordered to do, whereafter he was handcuffed."

The lawsuit claims despite the fact that he was handcuffed and attempting to comply with demands being made of him, "officers nevertheless unleashed a torrent of physical violence upon their confused and fearful victim by beating him about the head with a club of an unknown type, as well as commanding their attack dog to attack him."

"It's at that point that Deputy Banks strikes Mickail Myles twice in the back of the head," Dicks said.

According to court documents, Banks claims he witnessed Myles being non-compliant once he got out of his car.

When asked in a deposition why Banks delivered two blows to Mickail Myles head, Banks responded, "The initial strike he still wasn't compliant, so I delivered another strike."

Banks was asked in the deposition what Myles was not complaint with and responded, "Putting his hands behind his back."

Myles was cited for resisting arrest but was never charged.

"Still waking up crying, thinking about it," Myles said.

According to the lawsuit, "Defendants' conduct deprived Plaintiff of his rights to equal protection under the law and to due process of law, his right to be free from unreasonable search and seizure, excessive and unwarranted force and other rights guaranteed under the United States and California Constitutions, as well as statutory and common law rights as more specifically set forth herein. Plaintiff was harmed and Defendants' conduct was a direct, proximate, and substantial factor in causing Plaintiff harm. If not for the failures and misconduct of Defendants, as alleged in this Complaint, Plaintiff would not have suffered physical harm, serious and severe emotional distress, anxiety, depression, humiliation, shame, loss of sleep, fear and rage."

A spokesperson for the San Diego County Sheriff's Department said they're unable to comment regarding pending litigation and that any further inquiry should be directed to county counsel.

Attorneys for the county state at the suspected vehicle burglary scene, a white sedan drove past, and bystanders yelled: "That's the car. That's the car." They say Myles and his brother were in that vehicle that drove by and deputies had reasonable suspicion to stop the vehicle.

According to court documents, "Based on the description given in the radio dispatch, Deputy Banks believed the stopped, white sedan was the one involved in the reported vehicle burglary. Deputies Allison and Banks both commanded Myles to drop to his knees. Deputy Banks gave that order in a loud voice from a close distance, and believes Myles heard him. Myles did not go to his knees."

In court filings, attorneys for the Sheriff's Department said Myles continued to walk backward and didn't drop to his knees.

"Deputy Banks decided to act quickly to reduce the risk of injury to himself and others," the document stated. "Deputy Banks grabbed Myles by the back of his neck, planning to push him to his knees for handcuffing. Myles ducked his head down and escaped Deputy Banks' grasp. Myles then walked behind Deputy Banks, out of his view. Deputy Banks feared that Myles was going to attack and injure him from behind. To prevent such an attack, Deputy Banks turned to his right, and gave his K-9 the apprehension command."

The documents claim two deputies grabbed Myles' arms, but he resisted and struggled against them.

"Deputy Allison then grabbed Myles' left arm, and Deputy Brumfield grabbed Myles' right arm, and they pushed Myles against the trunk of Allison's patrol car. Deputy Banks feared that a prolonged struggle with Myles would give anyone in the white sedan an opportunity to escape or access a weapon, and that if Myles escaped from Deputies Allison and Brumfield, he could have accessed a weapon that might have been concealed on his person Deputy Banks struck Myles twice in the face with his right fist while ordering him to stop resisting."

In a 9-1-1 call obtained by Team 10, a resident in the neighborhood tells a dispatcher they detained a person who has been trespassing on their property.

In court records obtained by Team 10, Banks said after Myles' arrest, they discovered the suspected vehicle burglary did not occur.

Status of the Lawsuit

Myles filed his federal lawsuit against the Sheriff's Department in 2015, claiming assault, battery, and violation of civil rights, among other things.

Dicks tells 10News they're hoping to get a trial date sometime this year.

In a statement to Team 10 a spokesperson for the Sheriff’s Department wrote, “The San Diego Sheriff's Department is committed to providing the highest level of public safety in all the neighborhoods we serve. Racial profiling is not tolerated or condoned in our department. We expect all of our stops, detentions, arrests, and searches to be constitutional and within Sheriff's policy. We regularly meet with community groups which allow us to address concerns and continue to build trust with the citizens of San Diego County. “