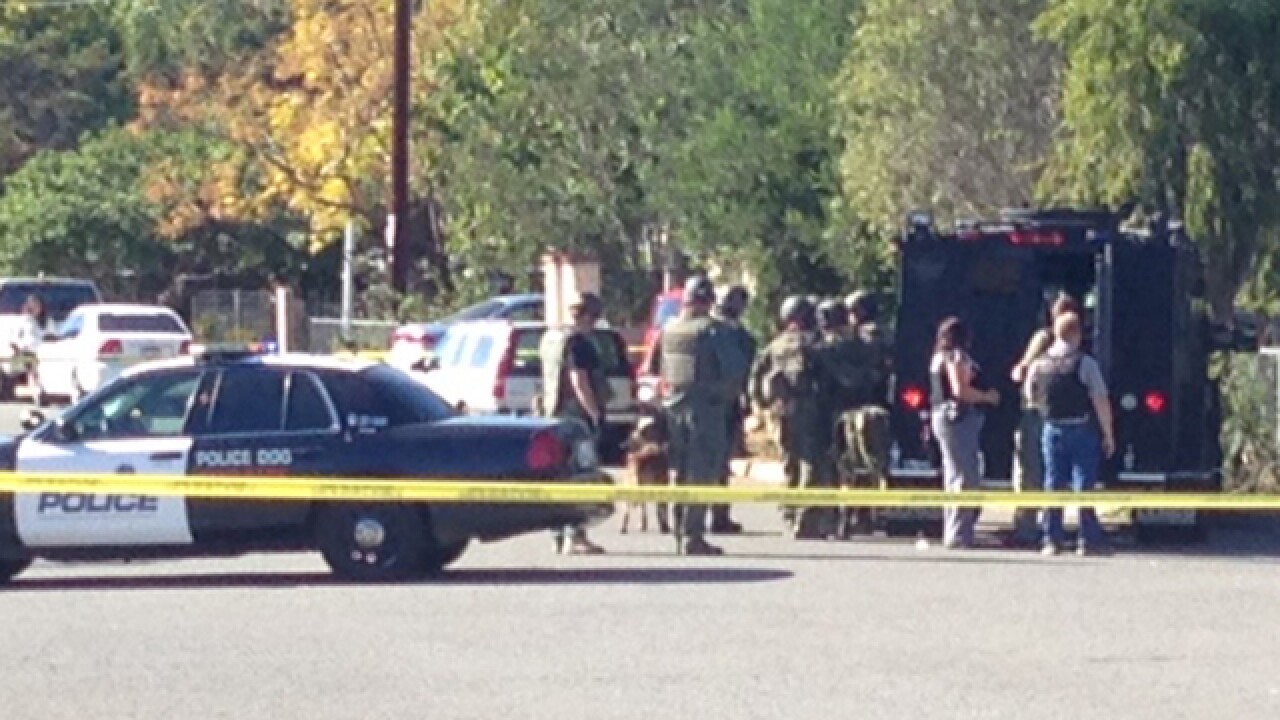 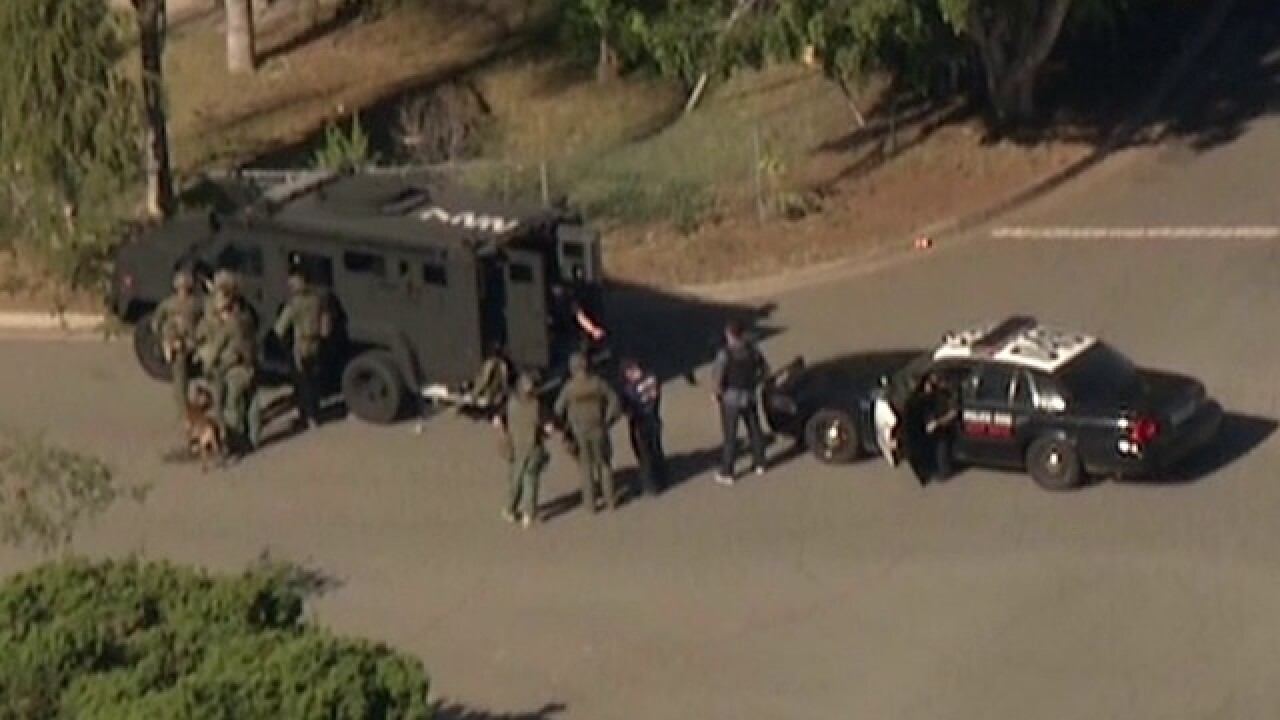 ESCONDIDO, Calif. – A young man allegedly punched his mother in her face, threatened to burn down their North County home and refused to exit and surrender when officers arrived, prompting a nearly six-hour police standoff that ended Tuesday afternoon with his arrest.

The alleged assailant, identified as 20-year-old Jesus Romo, reportedly was armed with a baseball bat and possibly a samurai sword when he holed up in the residence in the area of 11th Avenue and South Spruce Street in Escondido about 9 a.m., according to police.

Police said at one point, Romo threatened to burn the house down.

His mother, who had suffered a cut to her head, fled the home prior to the arrival of officers, Sgt. Mark Petersen said. She was not believed to be seriously injured, the sergeant said.

Three other people in the house were also able to get out, police told 10News.

Special weapons and tactics personnel were called in to take up positions around the house. Romo continued refusing to surrender until shortly before 3 p.m., when he finally walked outside and was taken into custody, according to police.