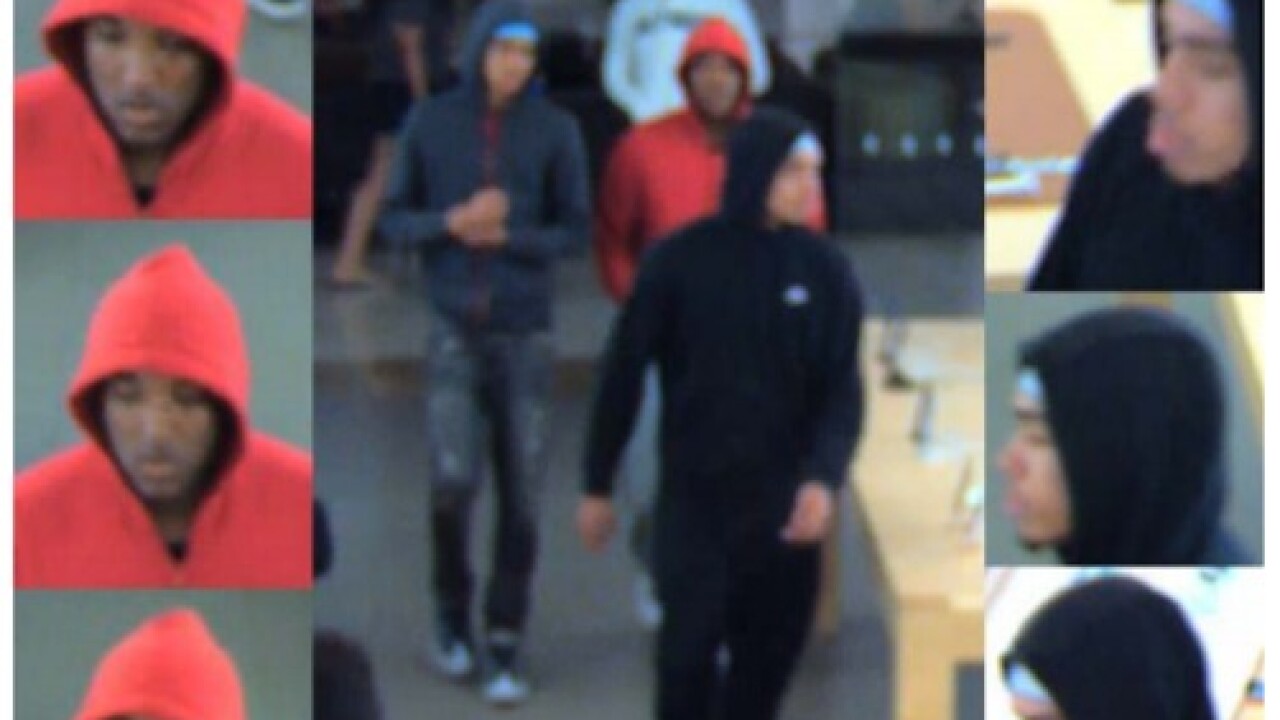 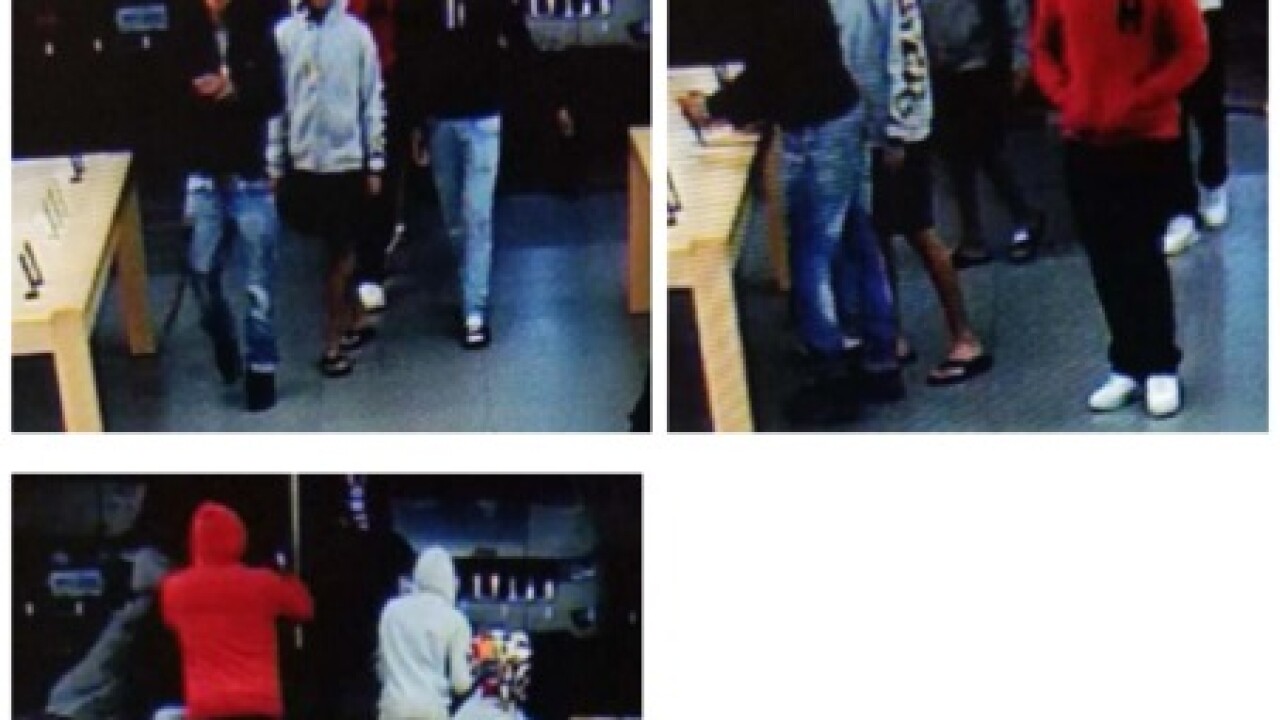 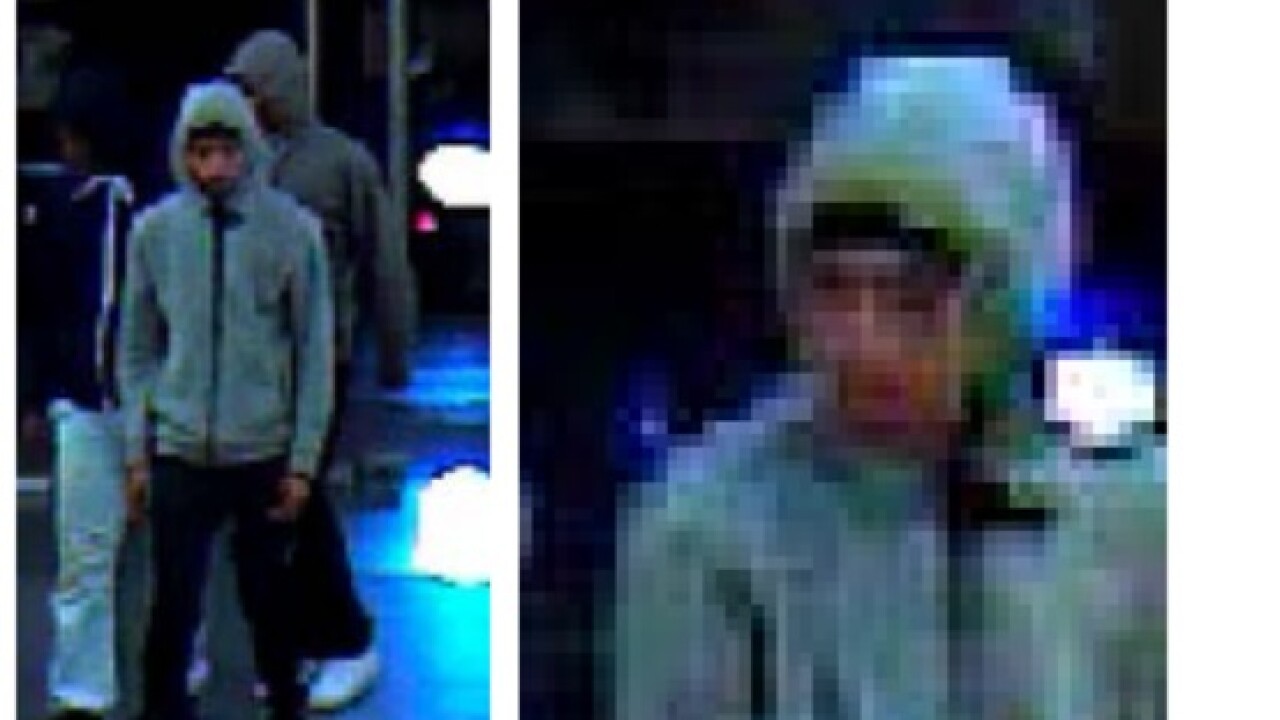 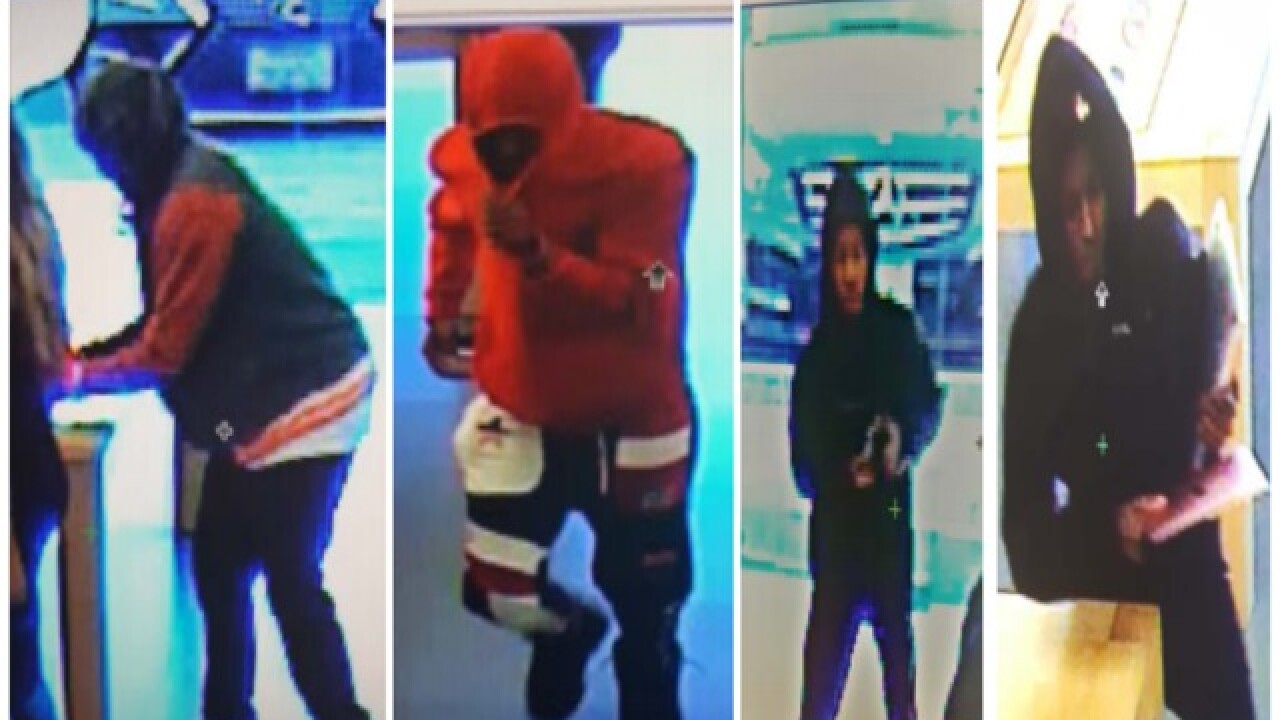 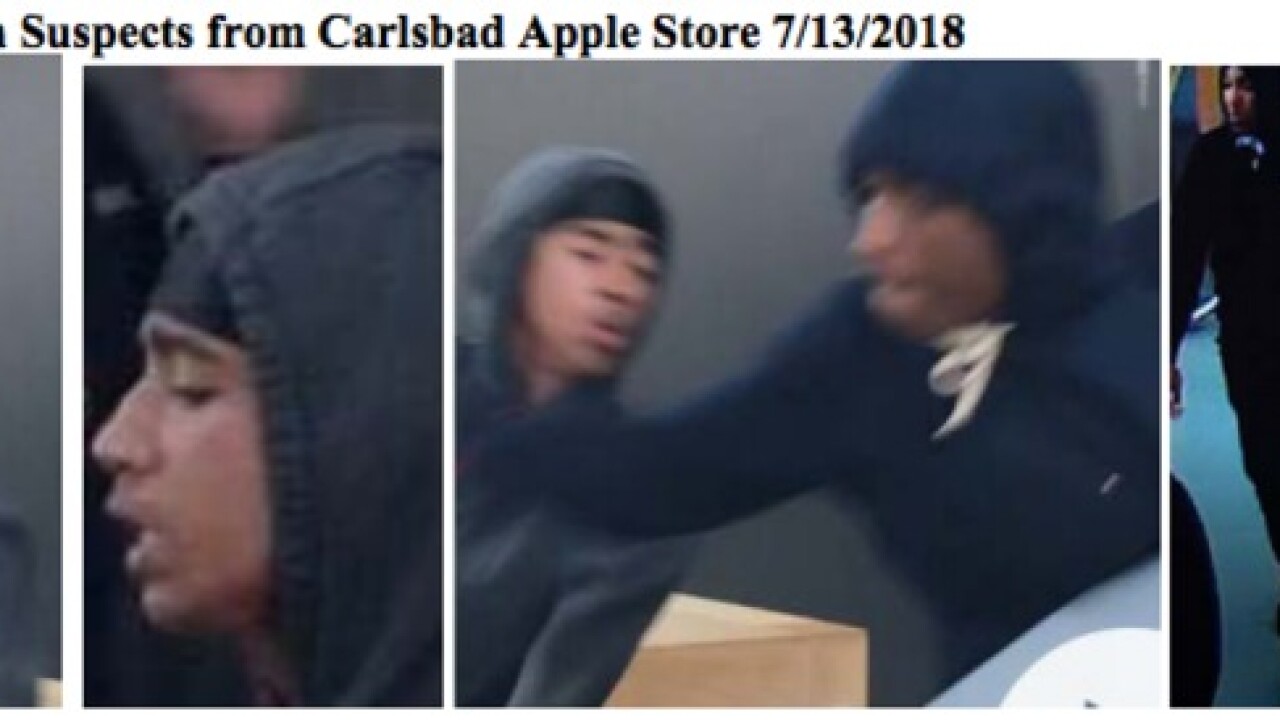 SAN DIEGO (KGTV) — Police are searching for a group of males targeting local Apple stores in the North County.

Police said two Apple locations, one in Carlsbad and the other in Escondido, have been targeted in a series of grab and runs. During the incidents, police say the males generally enter in hoodies or jackets and grab multiple Apple devices on display tables before quickly exiting.

Outside, a getaway vehicle is usually waiting, police added.

The thefts occurred at the Carlsbad location, 1923 Calle Barcelona in the Forum Carlsbad, on May 16, June 18, July 11, and July 13, and the Escondido store, at 272 E. Via Rancho Parkway at Westfield North County, on July 9.

The suspects are described as African-American males in their early 20s, wearing hoodie sweatshirts or jackets with the hood portion tied closely to their heads. There may also be a female suspect involved, police said.

Since January 2018, the incidents have resulted in more than $750,000 of losses. In several instances, police say citizens have tried to step in and stop the suspects from fleeing the store and have been injured.

Police said the series of thefts are likely linked to other similar instances reported around California.