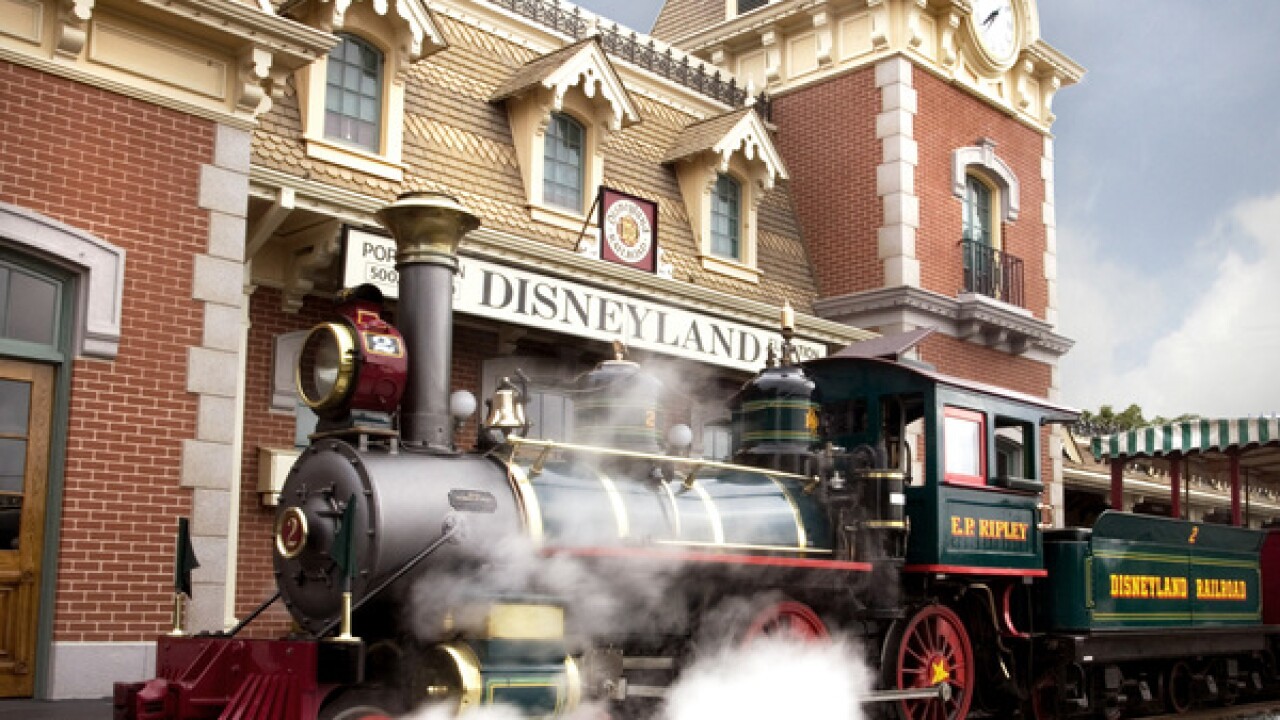 Scott Brinegar
<p>DISNEYLAND RAILROAD AT MAIN STREET STATION -- With its turn-of-the-century architecture and lush gardens, the Main Street station offers the first point of entry for those who wish to soak up the scenery on a grand circuit tour of Disneyland park aboard one of the trains of the Disneyland Railroad which run on bio-diesel fuel created from recycled cooking oil used throughout the Resort. (Scott Brinegar/Disneyland)</p>

BURBANK (CNS) - The Walt Disney Co. reported sharp year-over-year third-quarter revenue drops today, thanks in part to the coronavirus-prompted closure of its theme parks, but the success of its streaming services, most notably Disney+, gave the Burbank company a needed boost.

Disney reported third-quarter revenue of $11.8 billion, a 42% drop from last year's third quarter, but still ahead of industry expectations.

Revenue losses were fueled largely by the closure of Disney parks worldwide, with the company's Parks, Experiences and Products segment seeing an 85% revenue drop from the third quarter of last year. The only Disney segment not to report a drop in revenue was the Direct-to-Consumer & International segment, which showed a 2% gain.

In terms of operating income, the company's Media Networks showed a 48% jump.

``Despite the ongoing challenges of the pandemic, we've continued to build on the incredible success of Disney+ as we grow our direct-to-consumer businesses,'' Disney CEO Bob Chapek said in a statement.

``The global reach of our full portfolio of direct-to-consumer services now exceeds an astounding 100 million paid subscriptions -- a significant milestone and a reaffirmation of our DTC strategy, which we view as key to the future growth of our company.''

The company's streaming services are Disney+, ESPN+ and Hulu, with Disney+ representing more than half of the empire's 100 million subscribers, according to the company.

Disney reported diluted earnings per share of 8 cents, down from $1.34 in the same quarter last year.

The company had originally planned to reopen its Disneyland and California Adventure theme parks in Anaheim on July 17, but those plans were scrapped as the state saw a surge of coronavirus cases.

That surge prompted a delay in the state's release of operating protocols for large venues such as theme parks.

The Downtown Disney shopping and entertainment district reopened to the public on July 9, although some individual businesses remained closed.