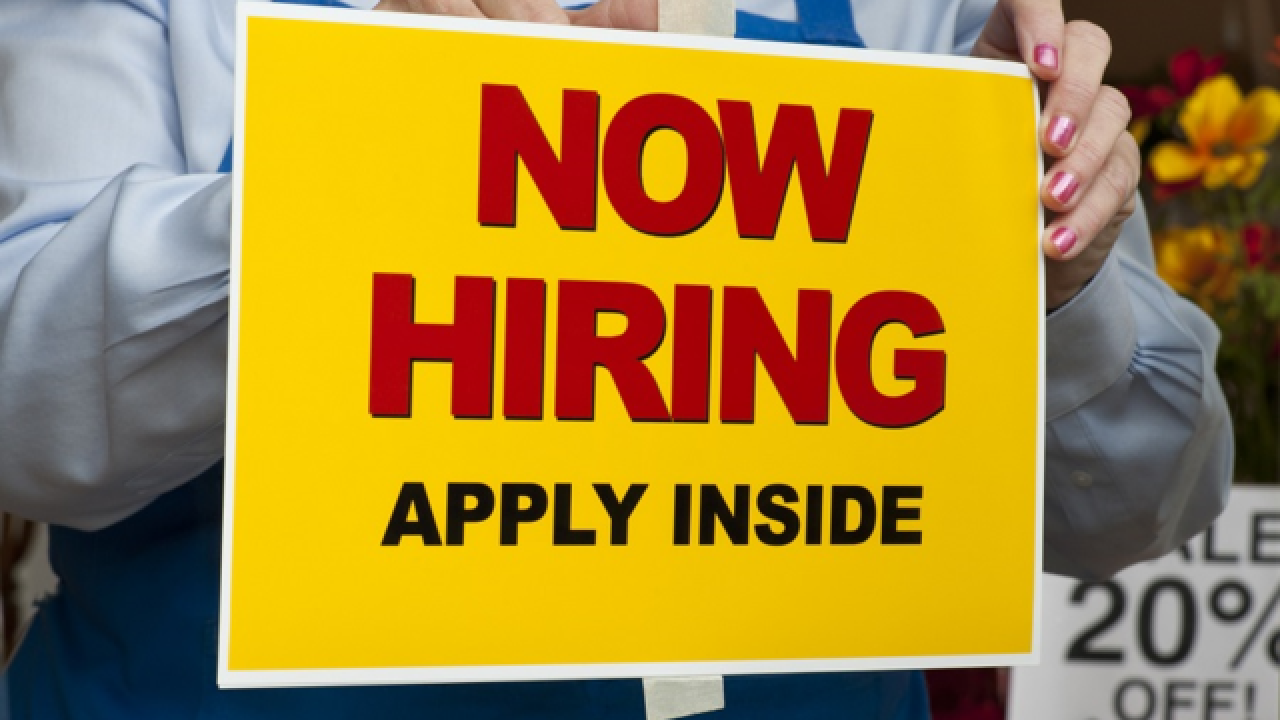 (KGTV) - Health care is one of the top job-producing industries in the San Diego County area, with hundreds of jobs currently available, according to California employment officials.

The state’s Employment Development Department’s “Labor Day 2018” website looks at 14 regions in California and highlights the top 5 industries -- by projected job growth -- in each of the regions.

For the Southern Border Region, which covers San Diego and Imperial counties, the top 5 job-producing industries are:

In the EDD’s annual “Labor Day Briefing,” California’s economy is projected to generate 4.7 million job openings between 2017-2019. The EDD said the openings “are a combination of new jobs created and jobs that become available when workers leave the labor force or transfer to a different occupation.”

According to the Briefing, the EDD data projects the General and Operations Managers occupation to have the most job openings between 2017-2019 among occupations requiring a bachelor’s degree or higher.

For occupations requiring some college, postsecondary non-degree award or associate’s degree, the occupation projected to have the most job openings between 2017-2019 is Bookkeeping, Accounting, and Auditing Clerks.

Personal Care Aides are projected to have 210,220 job openings between 2017-2019 among occupations that require a high school diploma or equivalent or less.

The EDD reported the state’s unemployment rate in July 2018 was at 4.2 percent, the lowest recorded since the beginning of 1976. It is also lower than the previous low of 4.7 percent recorded in December 2000.

The unemployment rate in the San Diego/Imperial counties region was at 4.2 percent in July 2018.