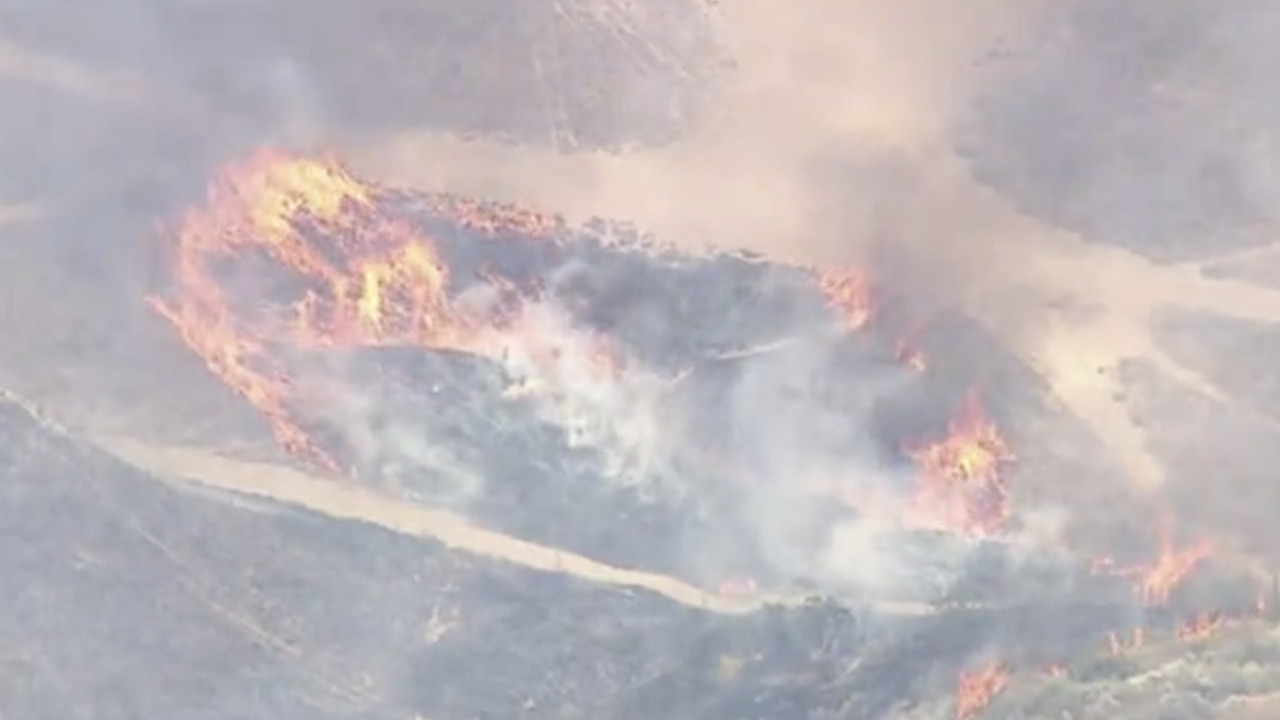 The first firefighters to reach the scene along Gilman Springs Road reported four spot fires approximately one mile apart and one acre each, Cal Fire tweeted.

Within an hour, the so-called Jerry Fire spread to 500 acres with a rapid rate of spread and no containment.

Multiple structures were threatened, said officials. Aerial video from the scene showed at least one structure engulfed in flames.

There was no immediate word on the cause of the fire.

About 3:30 p.m., winds in the area are 8 miles per hour and the temperatures are in the low 70s, according to 10News meterologist Angelica Campos. Humidity is at 54 percent.