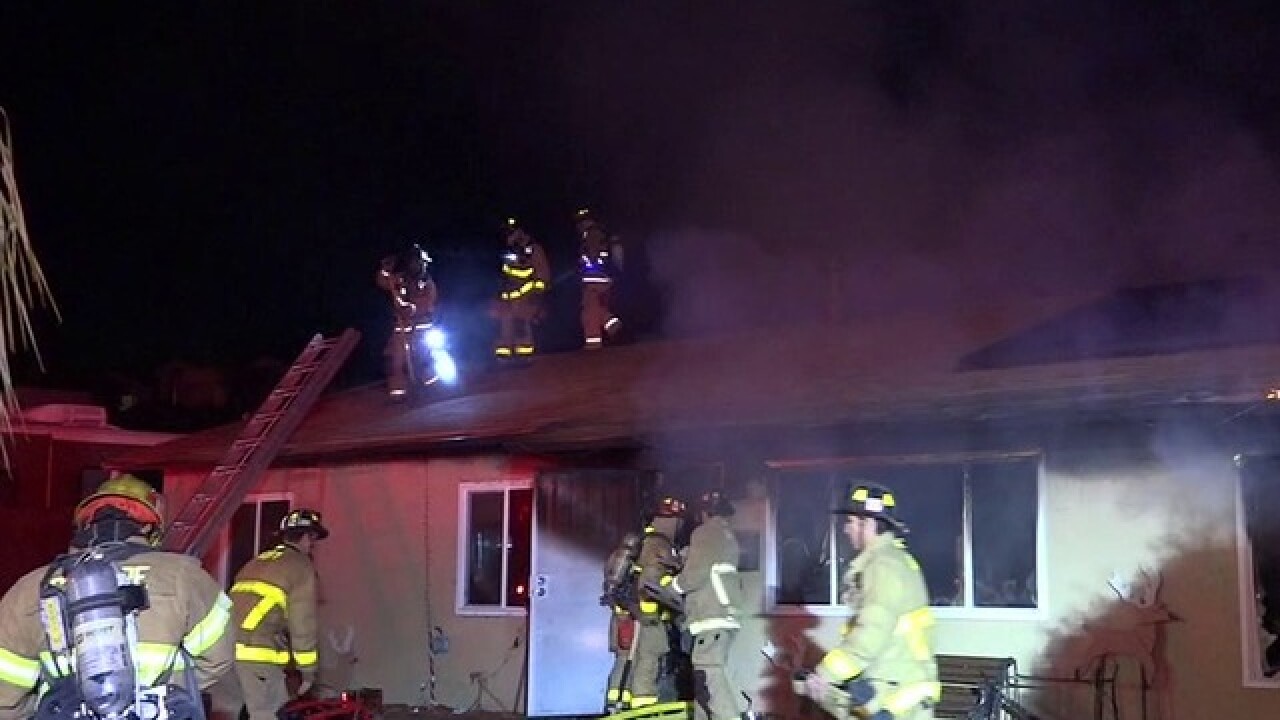 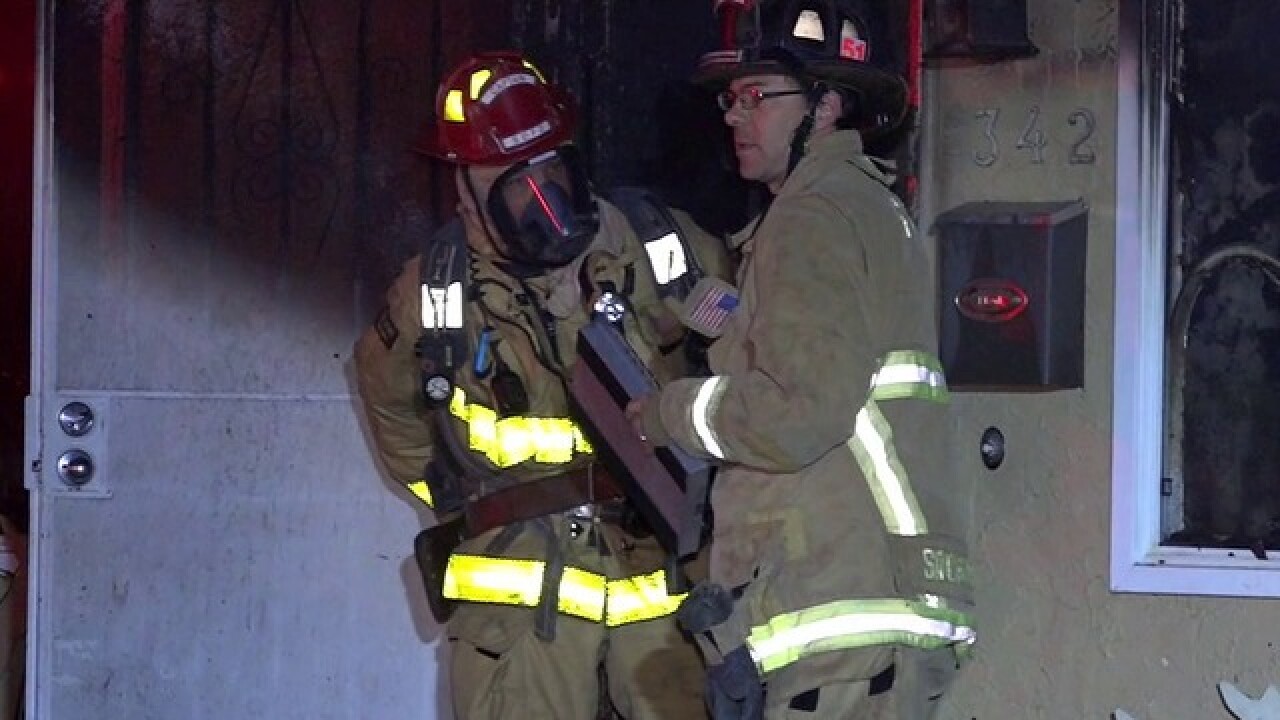 SAN DIEGO – A space heater caused an early-morning fire that damaged a home in the Lomita neighborhood Monday, leaving six people displaced.
The fire at the home on Billow Drive, between Skyline Drive and San Felipe Street, was reported around 2:45 a.m., according to the San Diego Fire-Rescue Department. Fire crews had the blaze knocked down shortly after 3 a.m., a dispatcher said.
SDFR reports that a space heater placed too close to a bed started the fire. Five adults and one child were displaced. No one was hurt. The Red Cross was assisting them with temporary housing.
The family told 10News two cats were killed in the fire and two dogs who were in the backyard at the time were still missing. One cat survived.
Crews with Heartland Fire & Rescue and the San Miguel Fire District also responded. A financial estimate of the damage was not confirmed.
Scripps Only Content 2015