Woman dies after plane crashes into car on I-15 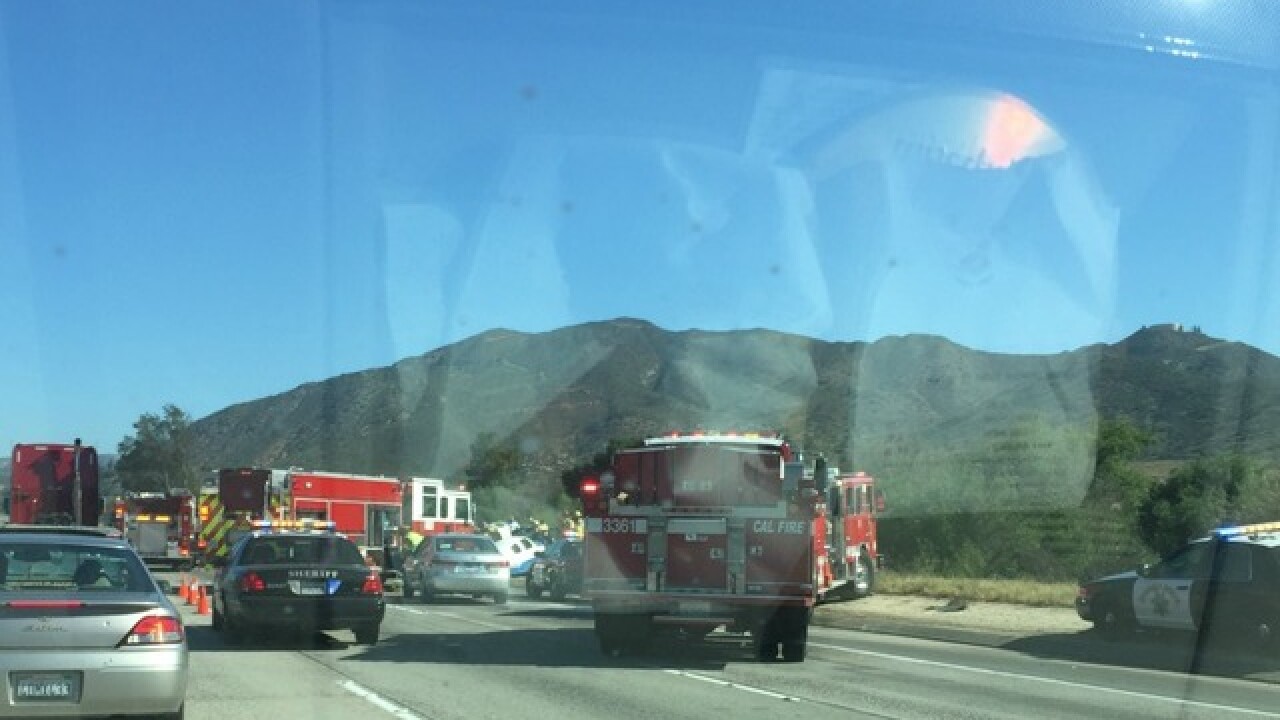 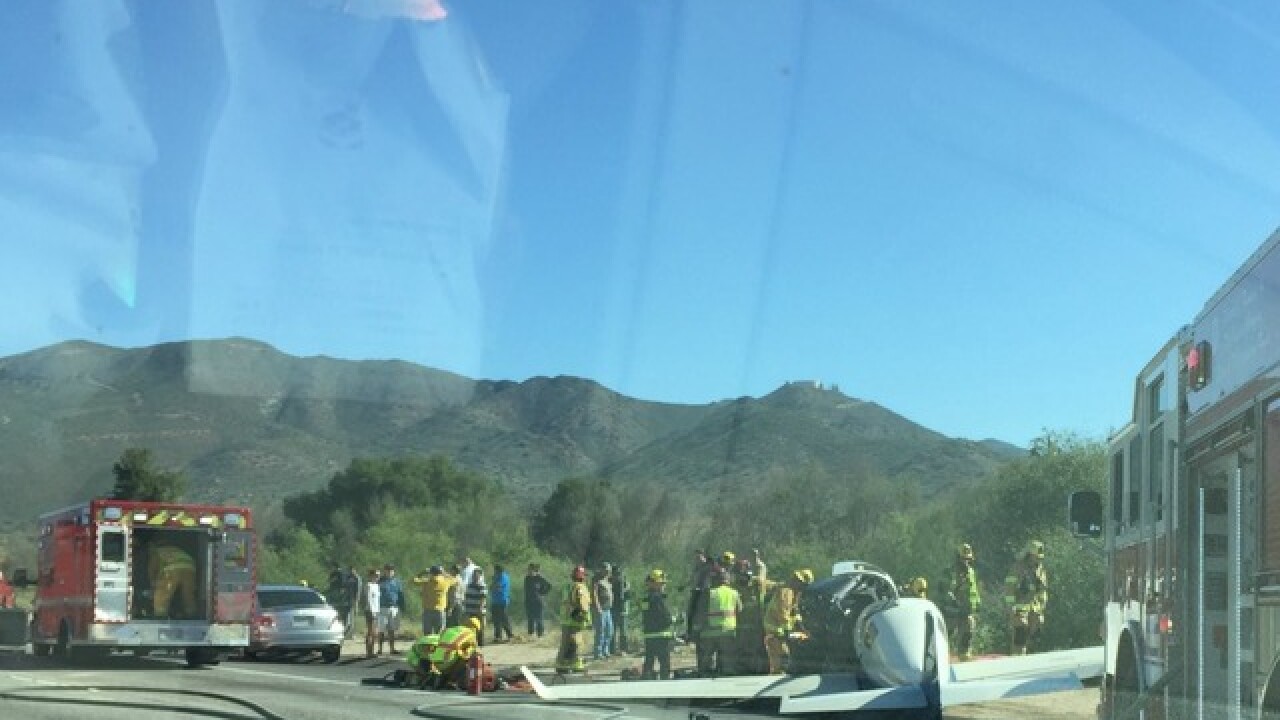 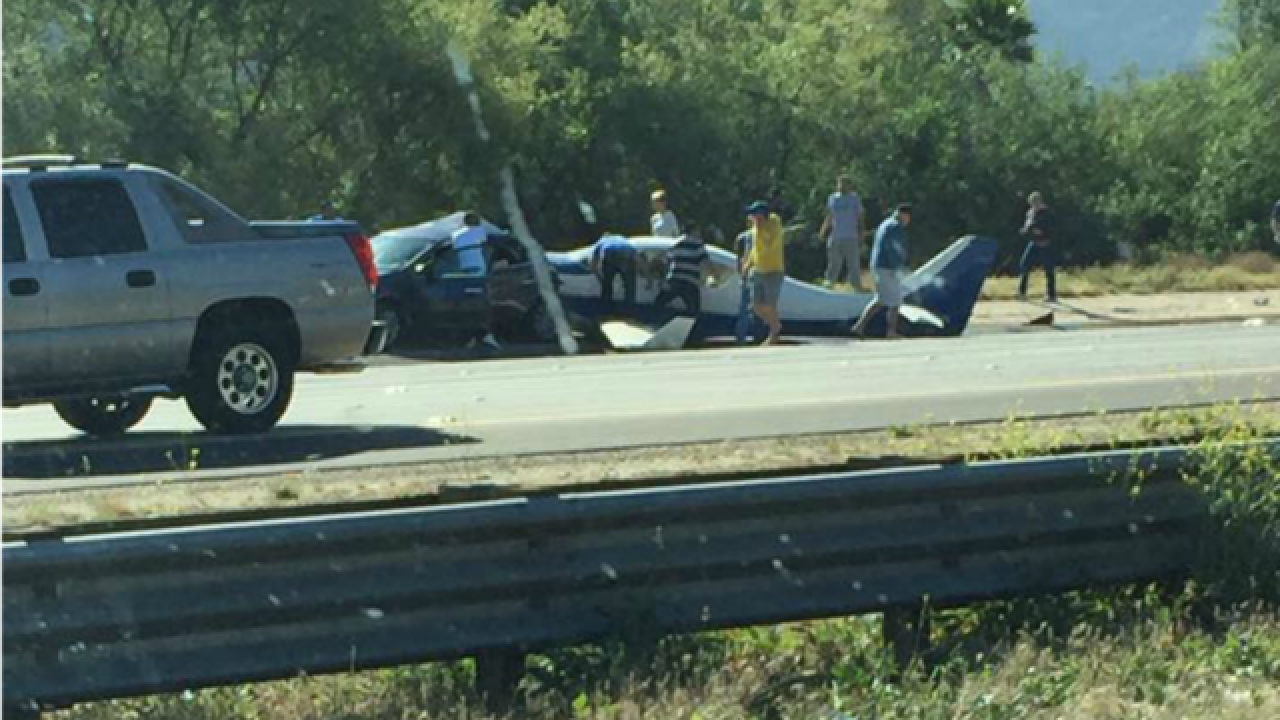 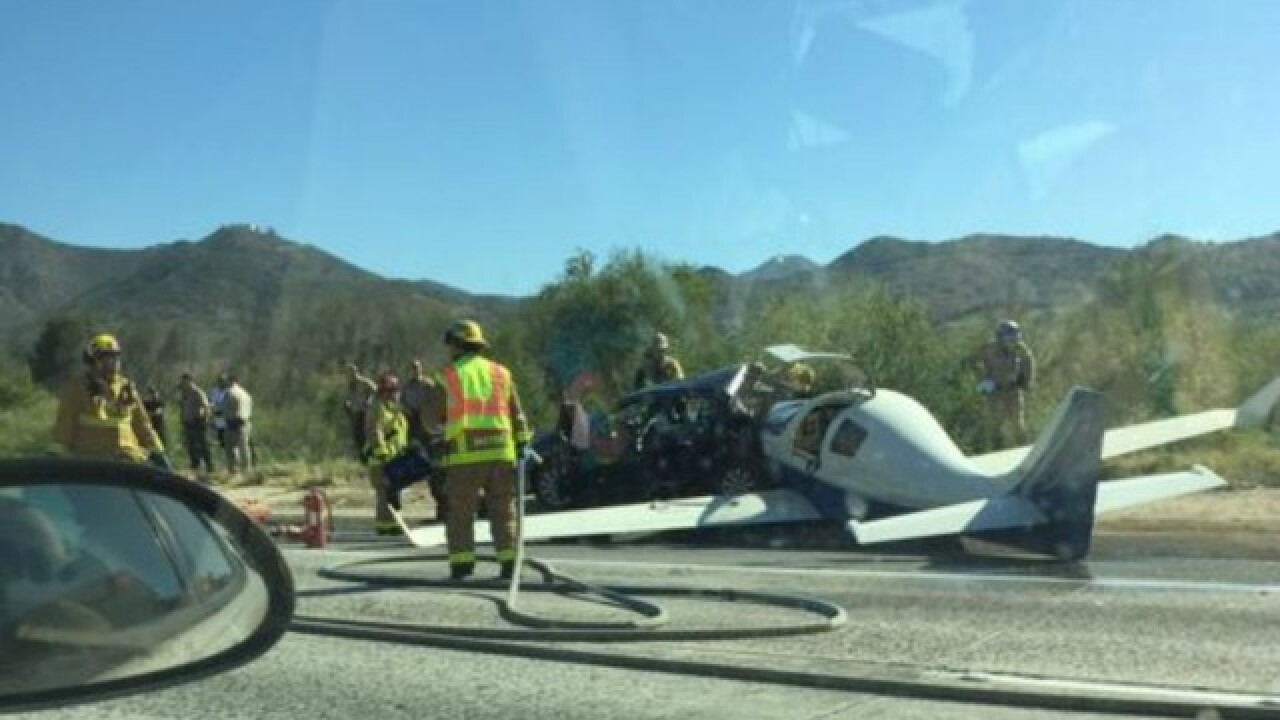 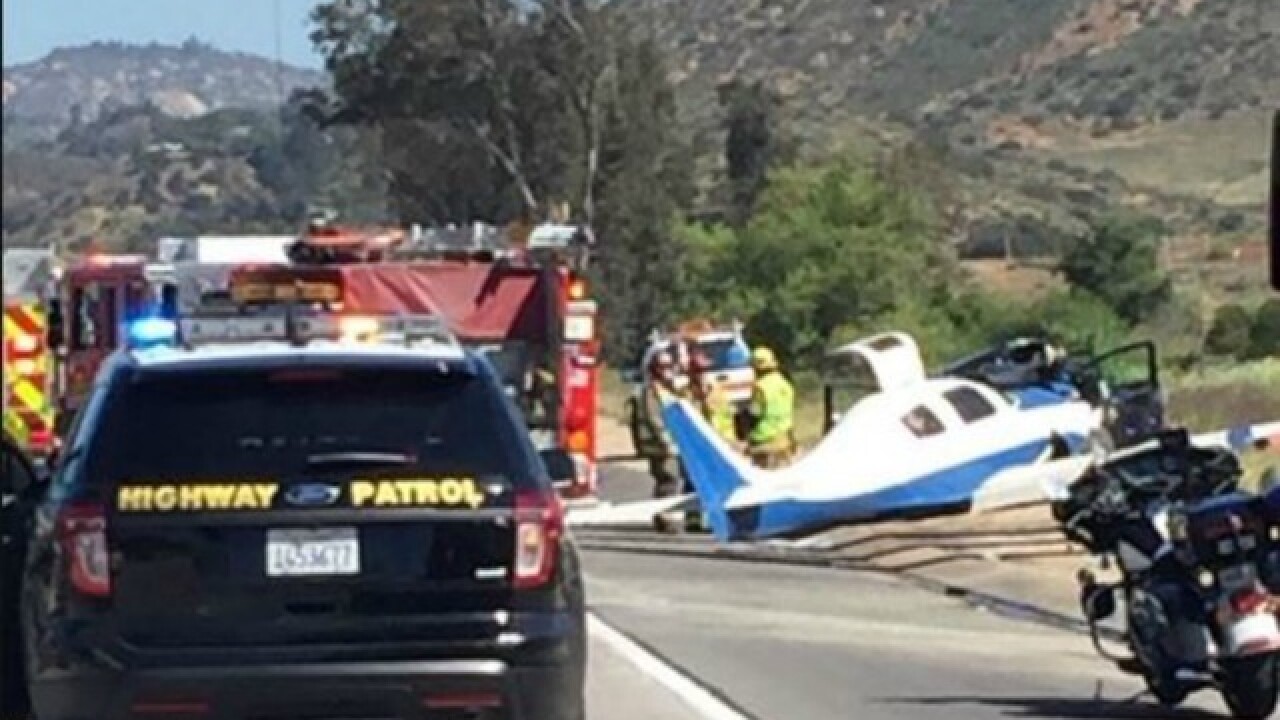 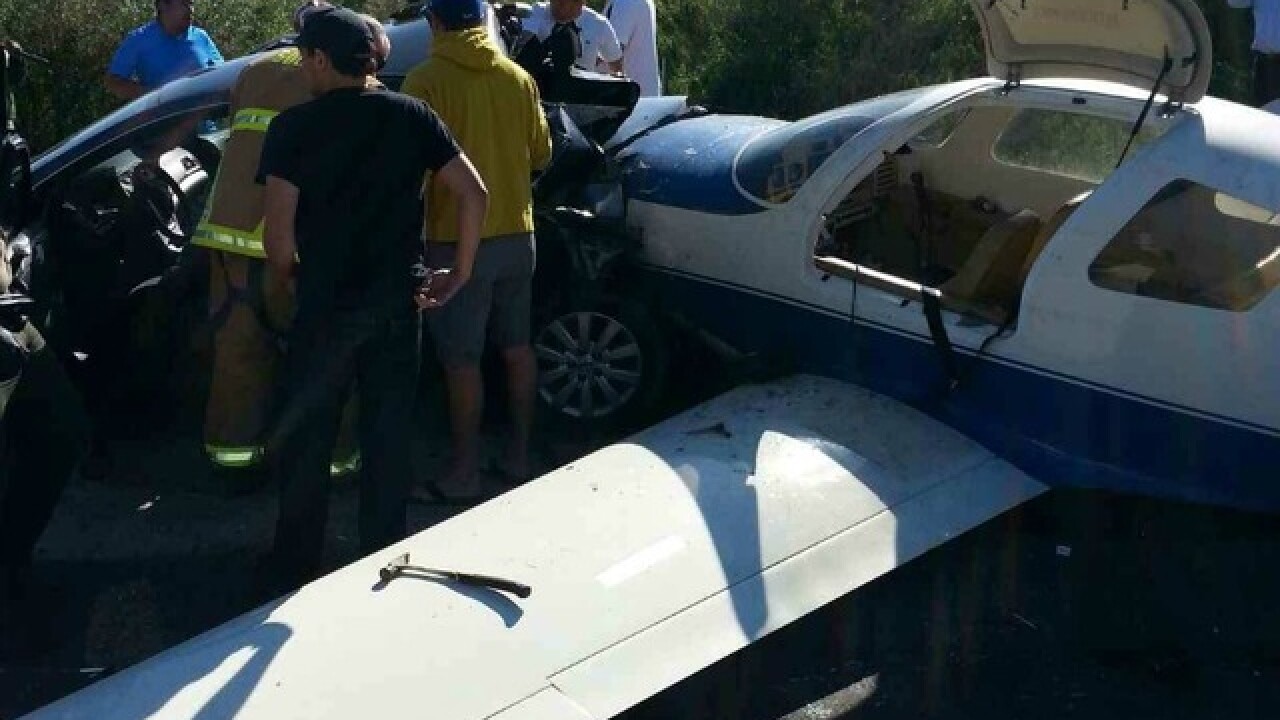 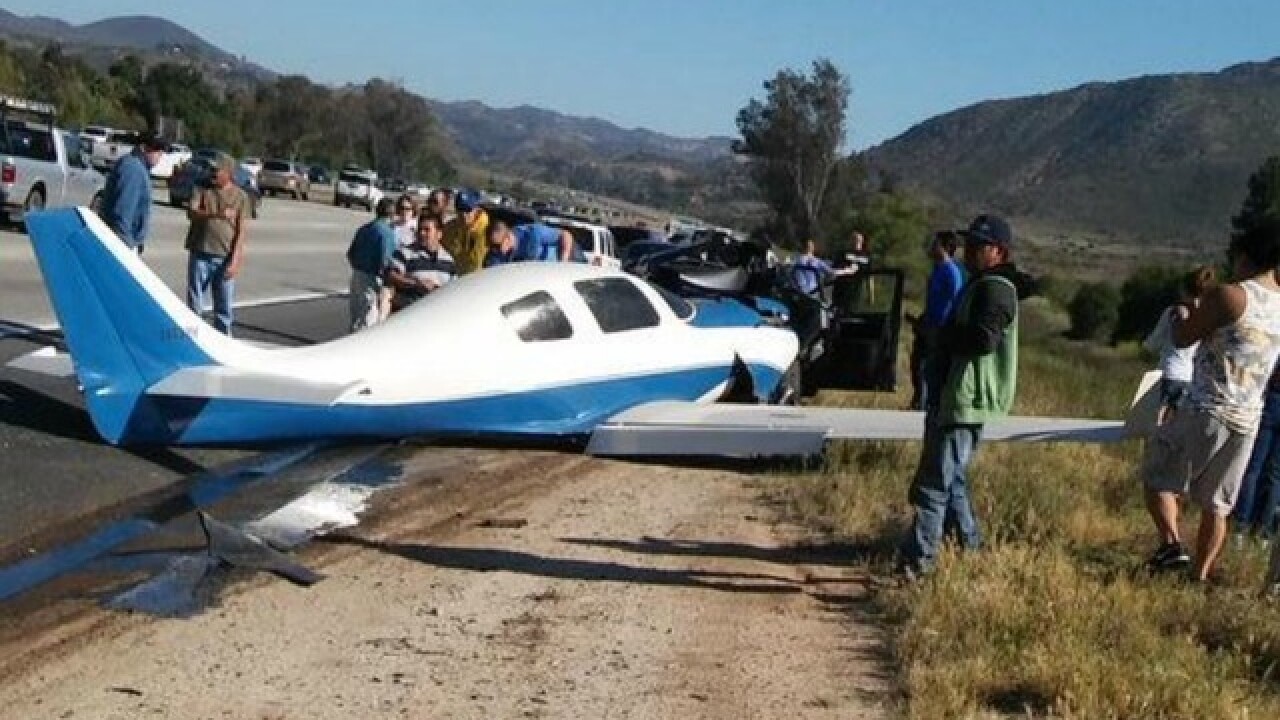 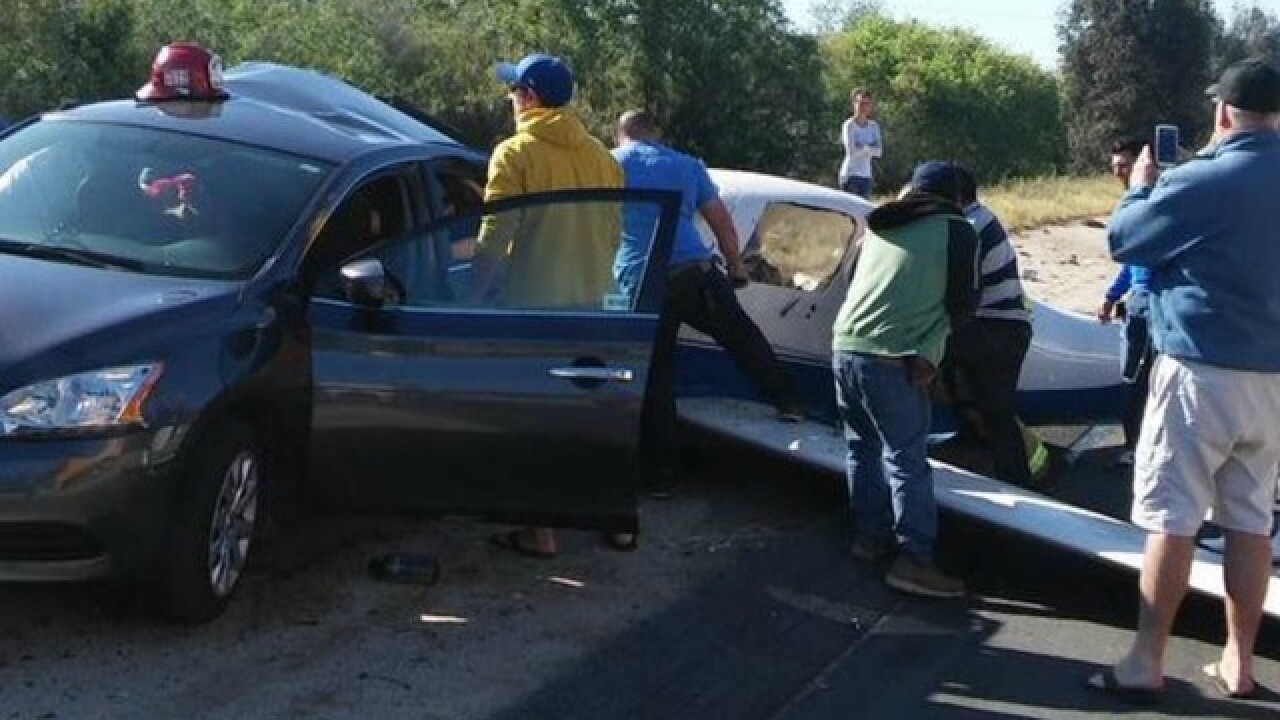 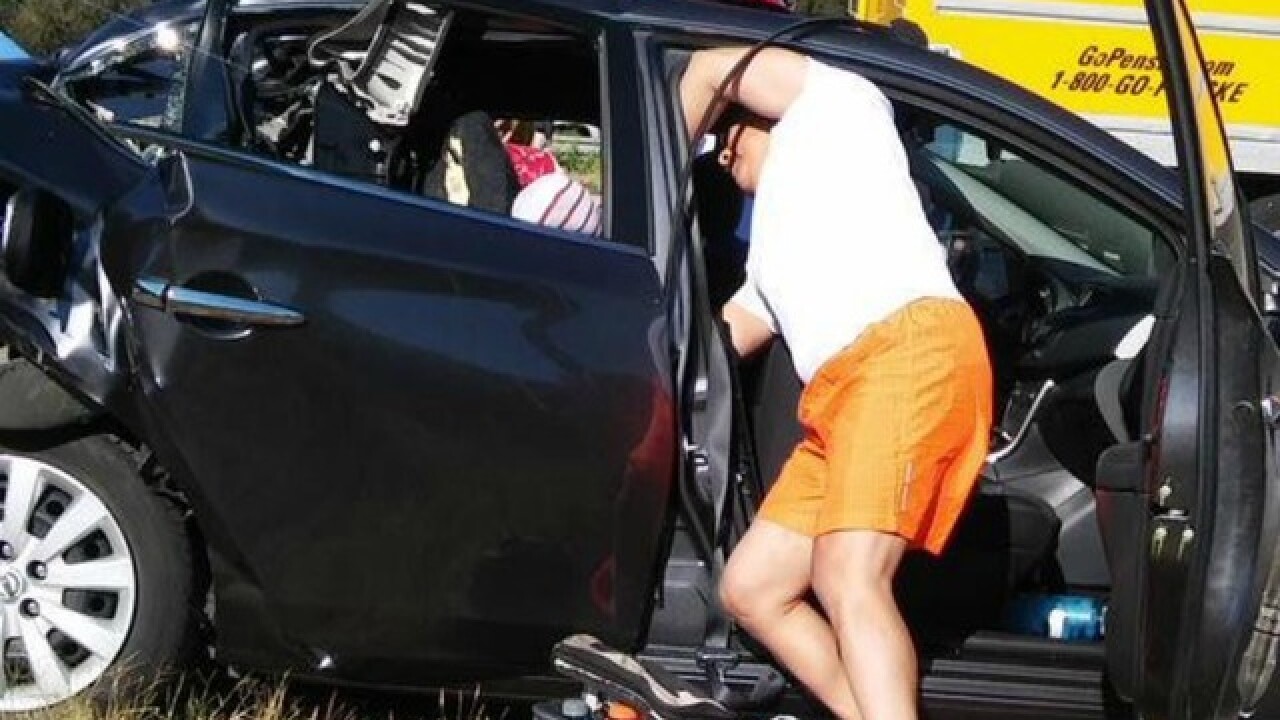 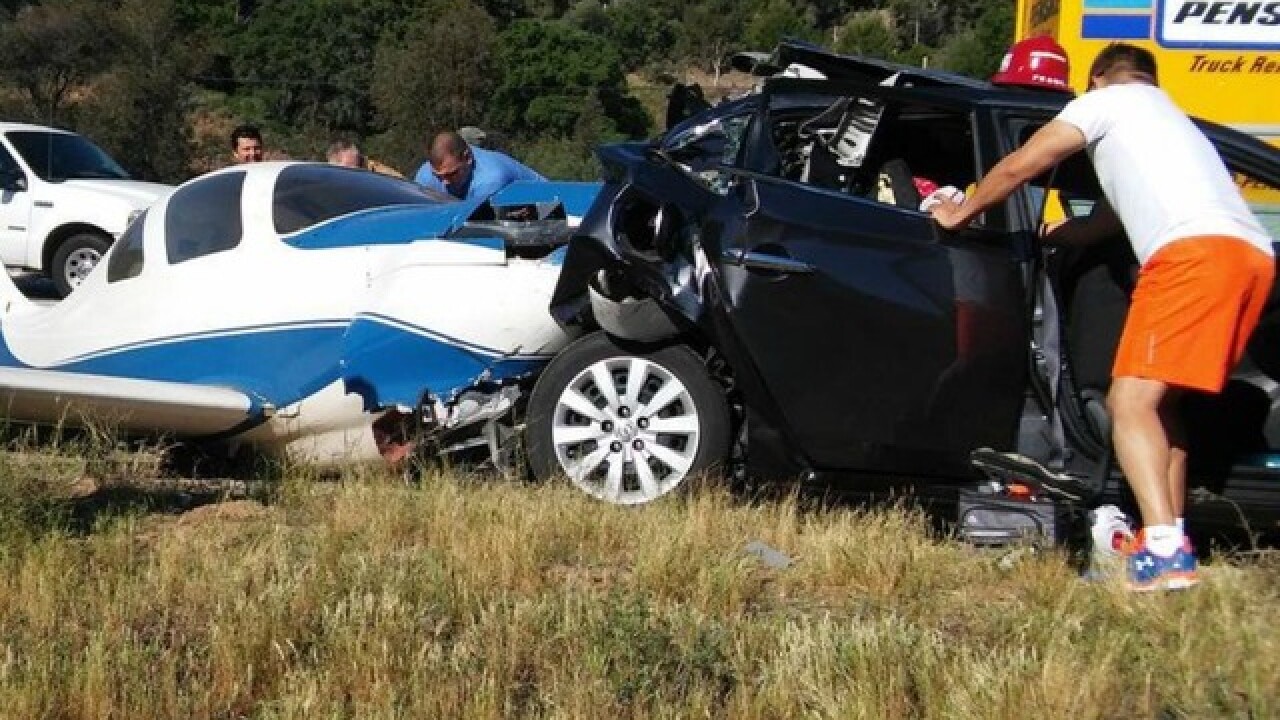 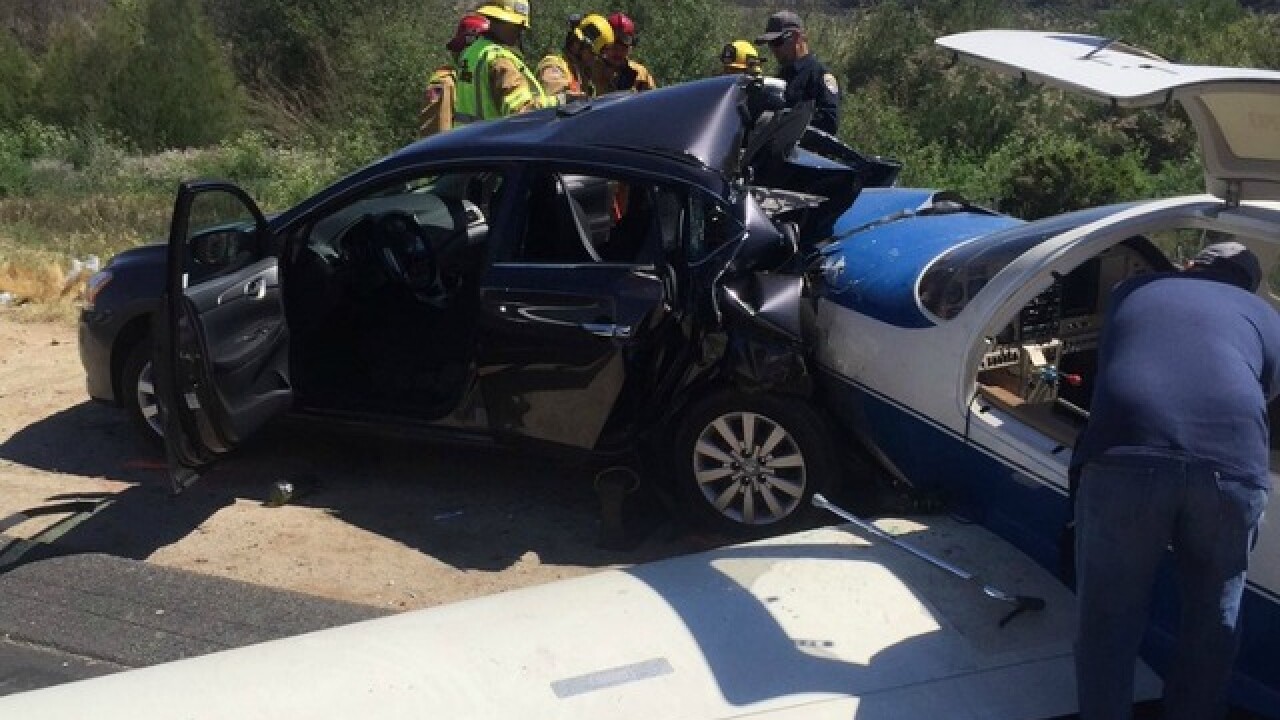 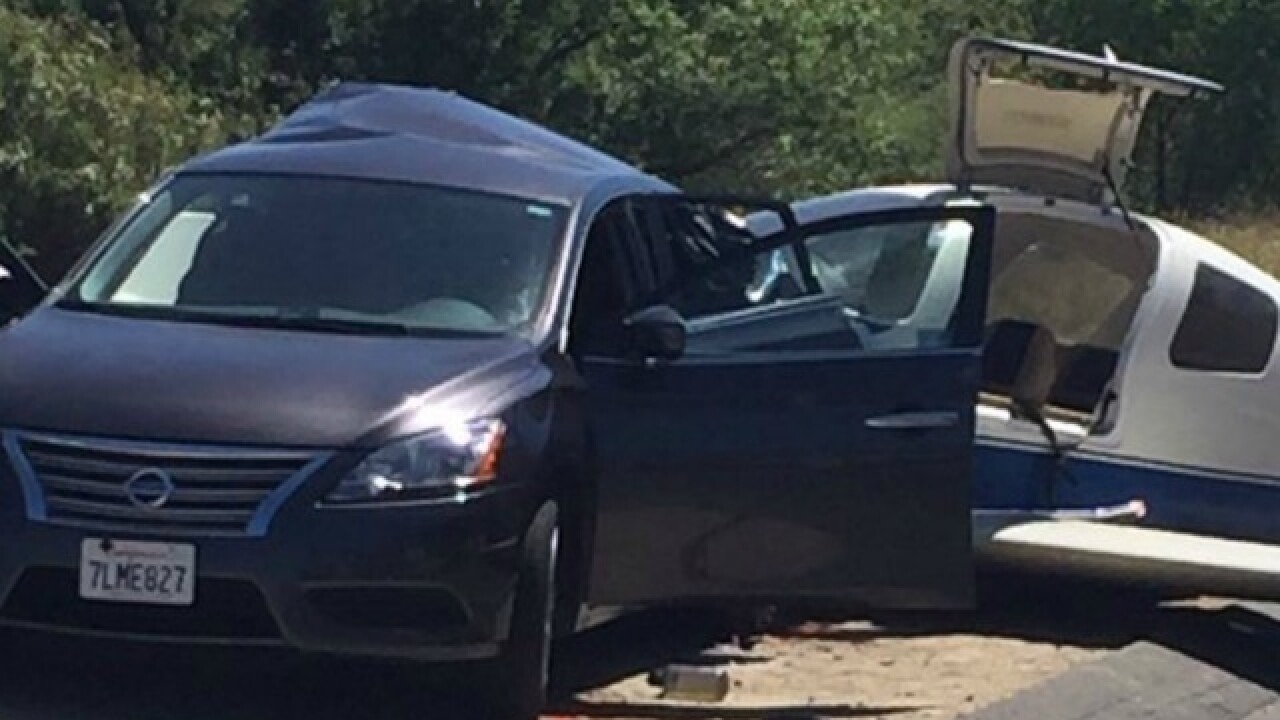 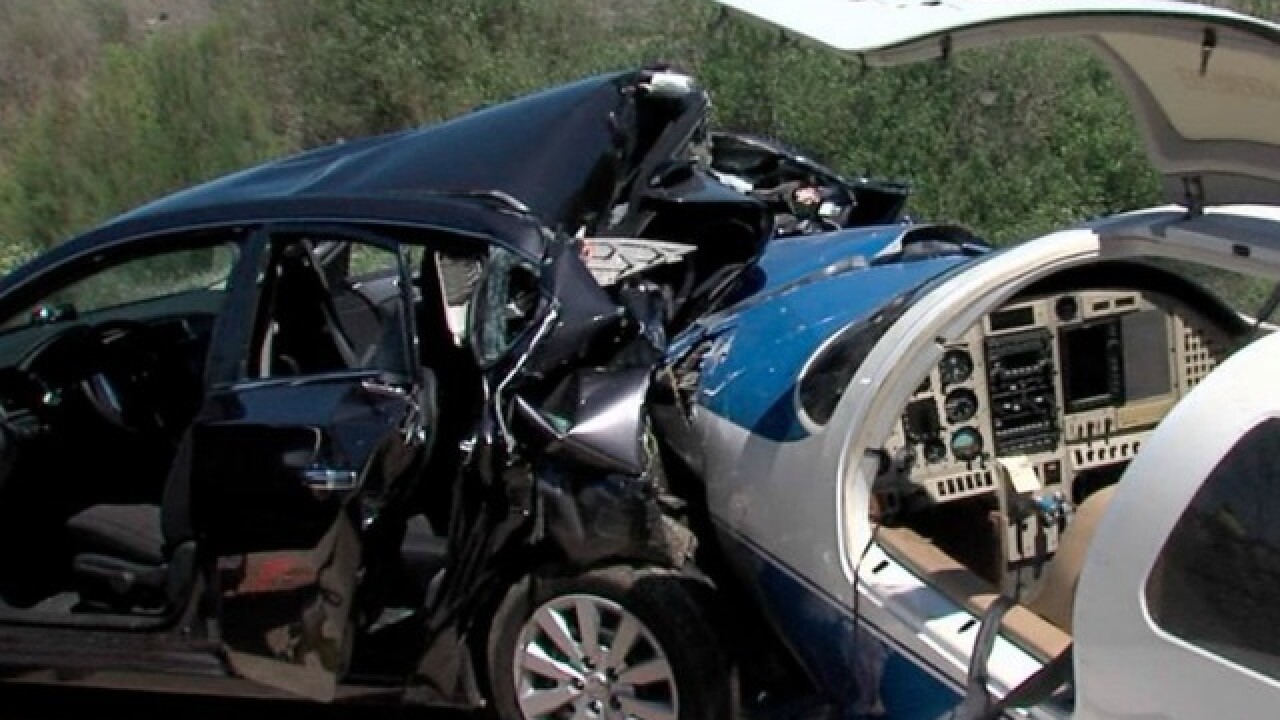 A small plane crashed into a car parked on the shoulder of Interstate 15 in the Pala Mesa area of North County Saturday morning, killing a 38-year-old woman and sending five others to local hospitals, authorities said.

Antoinette Frances Isbelle, 38, who was a passenger in the right rear seat of the car was pronounced dead at the scene, spokesman John Buchanan said.

A motorist called the California Highway Patrol at 9:15 a.m. and reported witnessing a plane landing on northbound I-15, just south of State Route 76, the CHP reported.

The Nissan 4-door sedan was parked on the shoulder of the freeway, Buchanan said. The plane skidded along the slow lane of the freeway for about 150 feet before crashing into the rear of the car, crushing the woman in the back seat.

It took firefighters about 25 minutes to extricate the woman in her 30s who was riding in the left rear passenger seat of the car.

Firefighters were able to contain a fuel leak before it caught fire since they arrived on scene from their station located less than a mile from the crash, Buchanan said.

"It's amazing that there weren't more injuries," Buchanan said.

Federal Aviation Administration officials told first responders not to move the plane until they arrived to begin their investigation.

The FAA and National Transportation Safety Board will investigate, according to Ian Gregor, public affairs manager of the FAA's Pacific Division.

A large number of people witnessed the crash, Buchanan said. Many of them reported hearing a sputtering engine before the plane went down.

Bill Senclare say the plane crash from his truck. He got out to help. @10News #BREAKING pic.twitter.com/OuxMoausCY

John Marshall was driving on the I-15 when he saw the plane go down.

He pulled over, got out of his car, and ran to help those injured.

Marshall said there was a pilot and female passenger inside the plane. He and a couple other people tried to get the plane door open, but it was jammed.

Marshall got a hammer from his tool box in his car and "busted out the window" to help the pilot.

The two left lanes on the northbound side of the freeway remained open, but the CHP issued a SigAlert for the area at 10:30 a.m., warning motorists to stay away as traffic problems were expected to last for hours.

Just drove by the crash scene. Here's what it looks like.@10News pic.twitter.com/qVaP7Afwa1

Update: driver of car had pulled over to use Bluetooth on phone.

Witnesses saw plane bank and lose altitude. They did not hear an engine.

Evidence shows the plane did not use landing gear during crash

Fire department had to stop a fuel leak from plane. Got it contained just before fuel reached storm drain

We will update this story as more details become available.