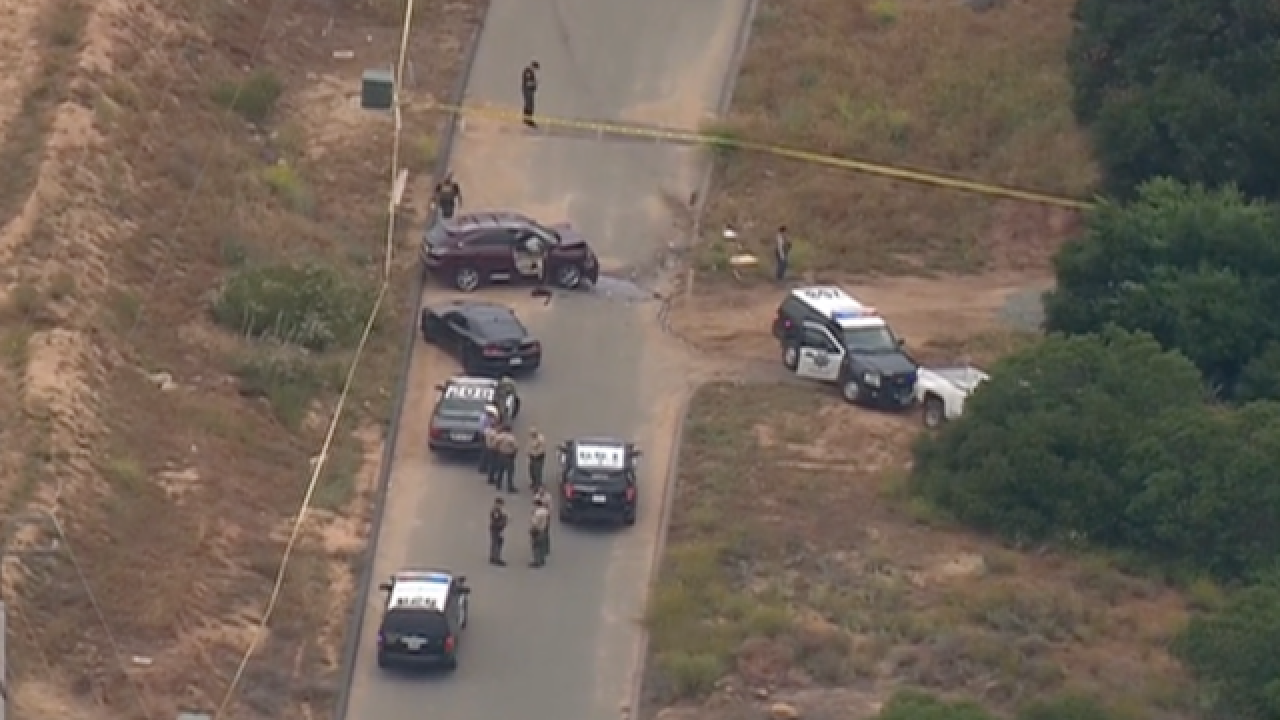 SAN DIEGO (KGTV) - The man who was involved in a pursuit, leading to a fatal deputy-involved shooting on the Barona Reservation this week, has been identified.

Jeroen Peter Koornwinder, 50, was shot and killed by deputies after they said he accelerated toward the officers near the end of a pursuit Wednesday, San Diego Sheriff's Department Lt. Greg Rylaarsdam said Friday.

Deputies said the Santa Barbara resident was being pursued when deputies attempted to disable Koornwinder's vehicle with a "stop stick" tire deflation device. As they deployed the device, Koornwinder reportedly accelerated and attempted to hit the deputies.

Two deputies fired upon Koornwinder to prevent him from hitting the deputies in his path, SDSO said.

Koornwinder continued driving on Ketuull Uunyaa Way before colliding with a Sheriff's patrol vehicle, pushing it back into a Tribal Enforcement vehicle.

Deputies said the man then continued around the collision until he collided with a Lexus before coming to a stop.

The Lexus was occupied by four women. Three of the women sustained injuries and two are currently hospitalized with non-life threatening injuries.

SDSO is still investigating the incident. The department plans to release the names of the deputies who discharged their weapons on May 15.