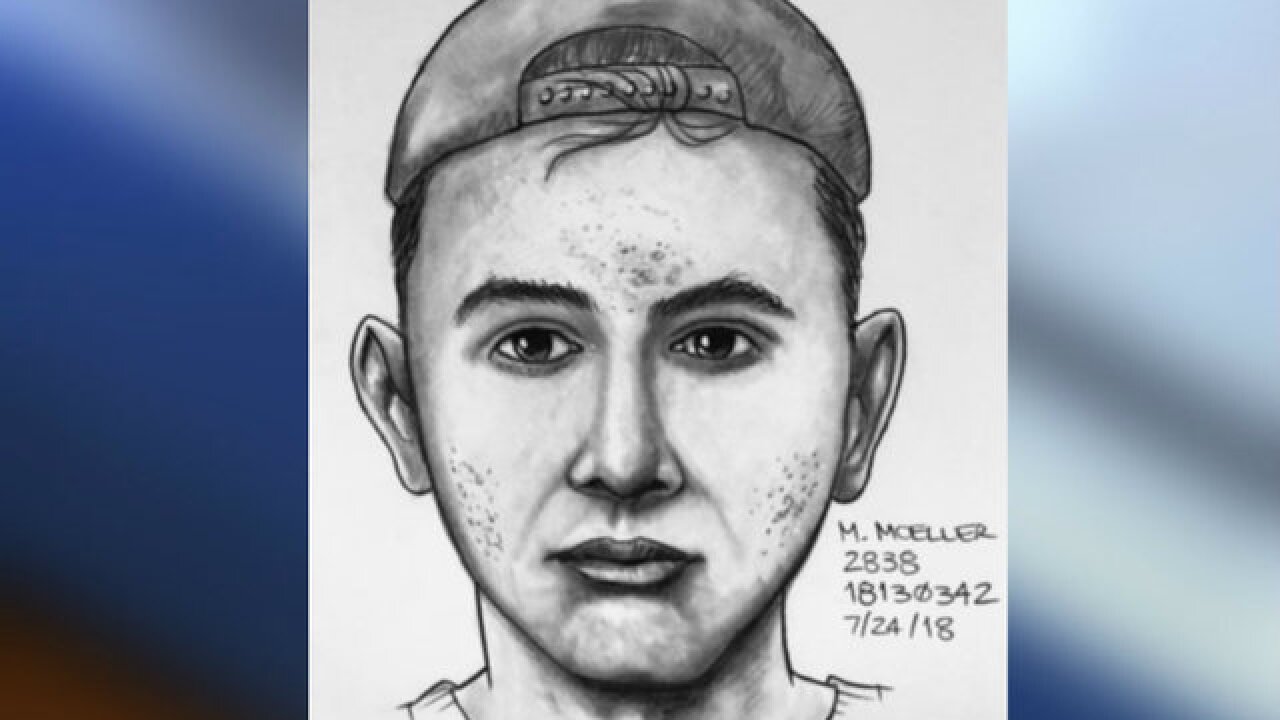 SAN MARCOS, Calif. (KGTV) - Authorities are asking for the public's help in identifying and locating a suspected robber accused of threatening a man with a drywall saw and robbing him of his phone as he sat in his car in front of a San Marcos restaurant.

According to san Diego County sheriff's officials, on June 12 at about 7:40 p.m., a man was sitting in his parked car in the Buffalo Wild Wings parking lot at 1010 W. San Marcos Blvd. when a light-colored Nissan Versa parked behind him.

The Versa's driver went to the victim's car and opened the driver's side door. Officials said the suspected robber "placed a 10-12 inch ‘Keyhole Saw' blade, also known as a drywall saw, to the victim's neck and demanded his iPhone. The suspect threatened to cut the victim up and forcefully removed the iPhone from the victim's hand before fleeing the area."

The suspected robber is White or Hispanic, between 21-25 years old, 5 feet 9 inches to 6 feet tall with a thin build. Officials said the suspected robber weighs between 160-170 pounds and had short wavy hair, dark eyes and was clean shaven.

The suspected robber, who had "severe acne on his face," was last seen wearing a black snapback hat, a 3/4-length shirt and black cargo shorts.