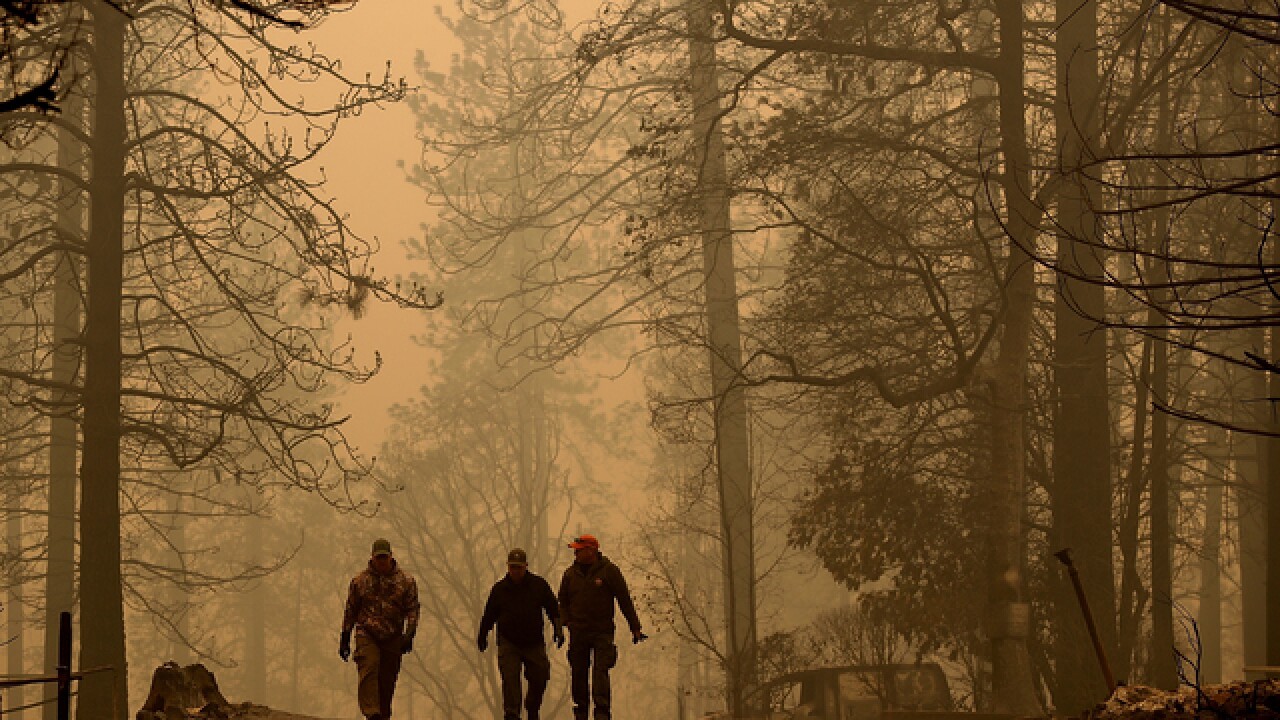 Copyright 2018 Scripps Media, Inc. All rights reserved. This material may not be published, broadcast, rewritten, or redistributed.
Justin Sullivan
PARADISE, CA - NOVEMBER 10: Sheriff deputies walk through a neighborhood destroyed by the Camp Fire on November 10, 2018 near Paradise, California. Fueled by high winds and low humidity the Camp Fire ripped through the town of Paradise charring 105,000 acres, killed 23 people and has destroyed over 6,700 homes and businesses. The fire is currently at 20 percent containment. (Photo by Justin Sullivan/Getty Images)

Honea says he's hopeful that more of those missing people will be located. The department initially had more than 500 calls about citizens who were unable to reach loved ones.

But he says they've been able to help locate many.

Next he says sheriff's officials will be cross-checking their list with official shelters to search for the remaining missing.

Honea said Saturday that 23 people have died in the fire near Paradise, about 180 miles (290 kilometers) northeast of San Francisco.