Serena Williams fined total of $17K at US Open 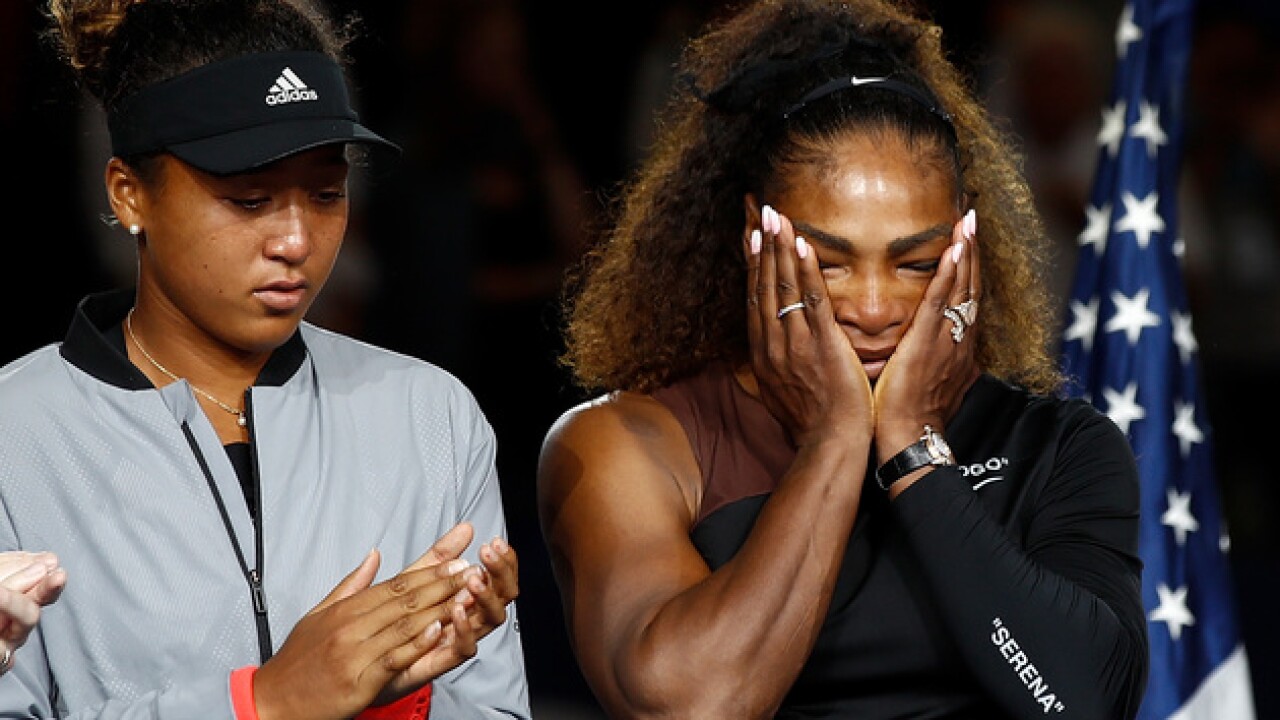 Image copyright 2018 Getty Images. All rights reserved. This material may not be published, broadcast, rewritten, or redistributed.
Julian Finney
<p>NEW YORK, NY - SEPTEMBER 08: Naomi Osaka of Japan after winning the Women's Singles finals match alongside runner up Serena Williams of the United States on Day Thirteen of the 2018 US Open at the USTA Billie Jean King National Tennis Center on September 8, 2018 in the Flushing neighborhood of the Queens borough of New York City. (Photo by Julian Finney/Getty Images)</p>

NEW YORK (KGTV and AP) -- Following a controversial loss at the U.S. Open Final, Serena Williams has been fined $17,000.

Williams was fined an additional $4,000 for being wasned for coaching and $3,000 for breaking her racket.

The money will be taken from her prize money of $1.85 million as the runner up. Naomi Osaka beat Williams during Saturday's final.

Under Article III, Section P, "verbal abuse" is defined as "a statement about an official, opponent, sponsor, spectator or other person that implies dishonesty or is derogatory, insulting or otherwise abusive." The section says a player is subject to a fine up to $20,000 for each violation.

Williams was cited for verbally abusing Ramos, calling him a "thief."