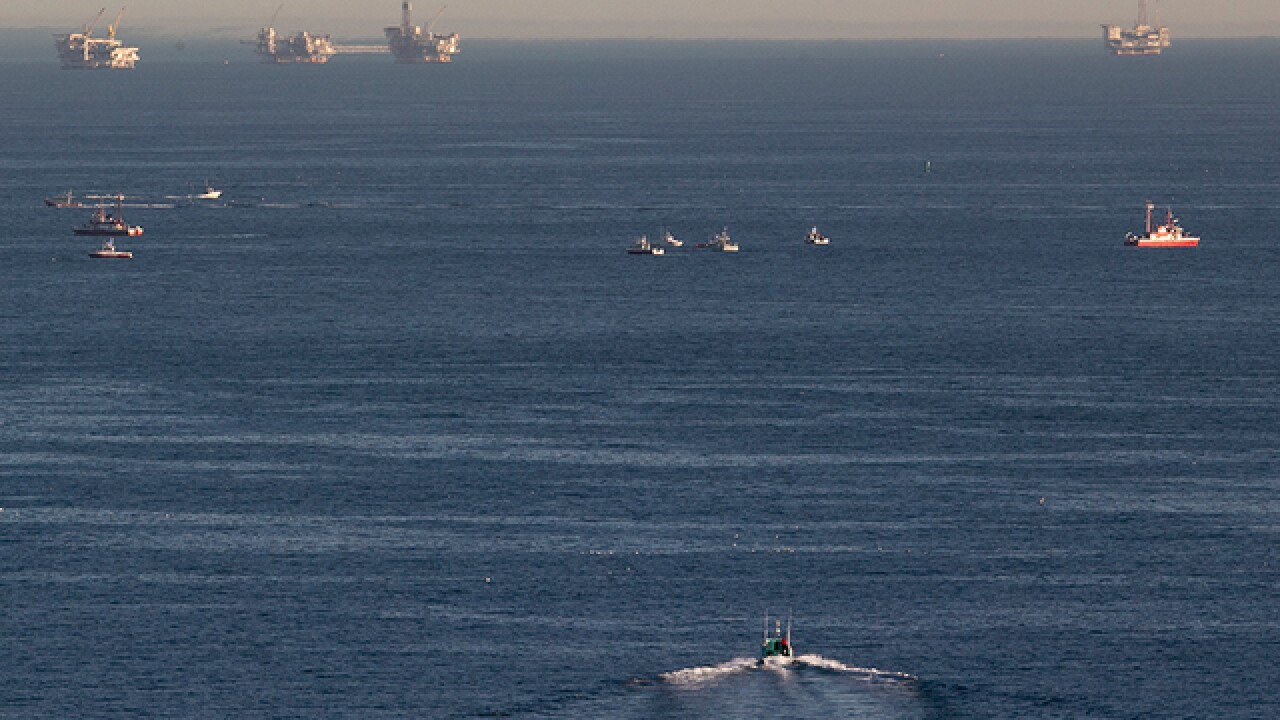 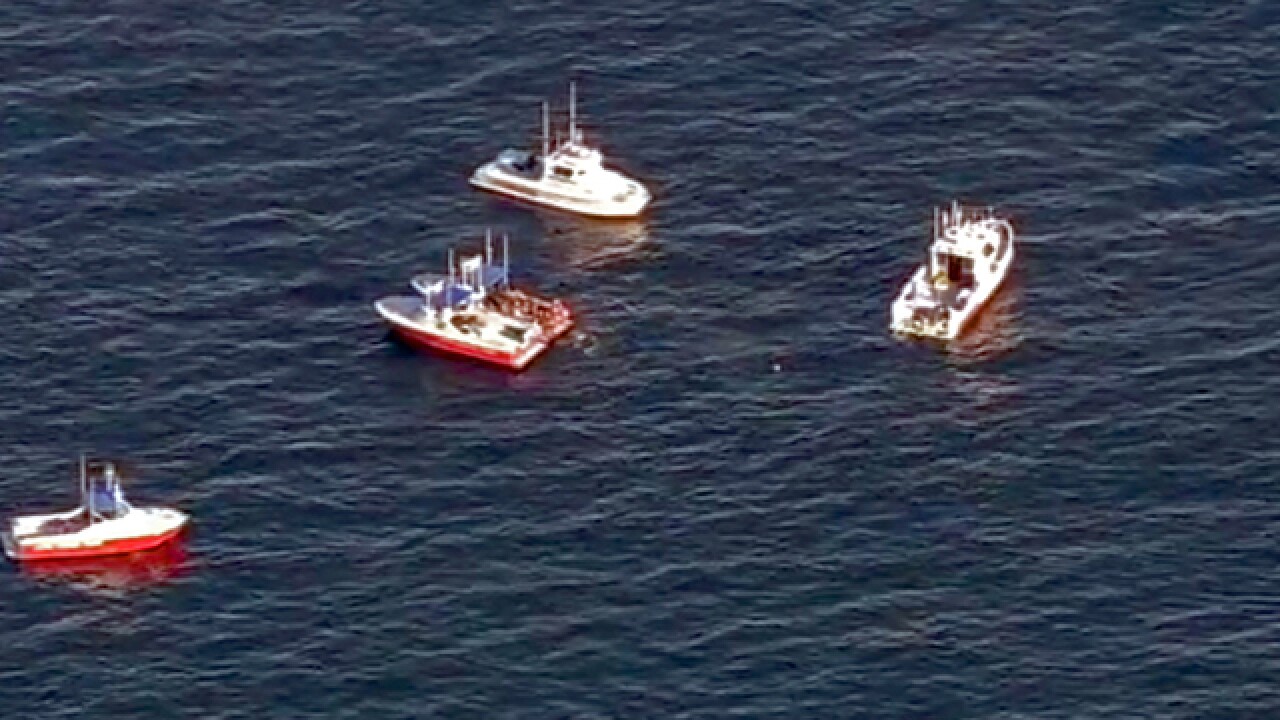 By: GILLIAN FLACCUS and ROBERT JABLON, Associated Press
Posted at 2:48 PM, Feb 06, 2016
LOS ANGELES (AP) — Authorities on Saturday called off the search for survivors of a midair collision that sent at least one plane plunging into the ocean near the Port of Los Angeles and instead turned to hunting bodies and wreckage.
The active search for three missing people was suspended at 9:15 a.m., according to a U.S. Coast Guard statement.
The Los Angeles County Sheriff's Department will lead efforts using divers and sonar to recover additional wreckage, the statement said.
Two men, ages 61 and 81, were aboard a plane that was seen on radar colliding with another aircraft flown by a 72-year-old woman around 3:30 p.m. Friday, officials said.
The first plane was a Beech 35 Bonanza and the second was a Citabria, said Allen Kenitzer, a spokesman for the Federal Aviation Administration.
After reports of the crash, divers converged on an area about two miles outside a harbor entrance where a small debris field was found. The water there was 80 to 90 feet deep.
Divers found wreckage and a pilot's logbook from the Beechcraft, Coast Guard Capt. Jennifer Williams said.
No one has heard from the other plane, authorities said.
Both planes had taken off from the nearby Torrance Airport, and both pilots were experienced, Williams said. All three people live in the nearby South Bay area. No names have been released.
The nearest harbor entrance was closed to traffic while the search continued.
The crash site was near the Angels Gate light, a lighthouse at the San Pedro Breakwater that is on the National Register of Historic Places. The area is popular for flight students.
Richard Garnett, chief flight instructor with the Long Beach Flying Club, said the pilots practice in an area that is 10 to 20 square miles and at altitudes ranging from 1,000 to 4,000 feet. On a typical day, there will be three or four planes in the air at the same time.
"So with the amount of activity, actually, I think we've been fortunate," he said. "We are really diligent. I don't know why, what happened in this situation."
Friday's midair collision was not the first in the area.
In 2001, four people died when two Cessna airplanes carrying instructors and students collided 1,000 feet above the harbor. In 1986, two small planes flown by students collided. But the aircraft managed to return to their airports, and the four people on board escaped injury.
Associated Press writers Christine Armario and Andrew Dalton contributed to this report.
Copyright 2016 The Associated Press. All rights reserved. This material may not be published, broadcast, rewritten or redistributed.
Associated Press 2016