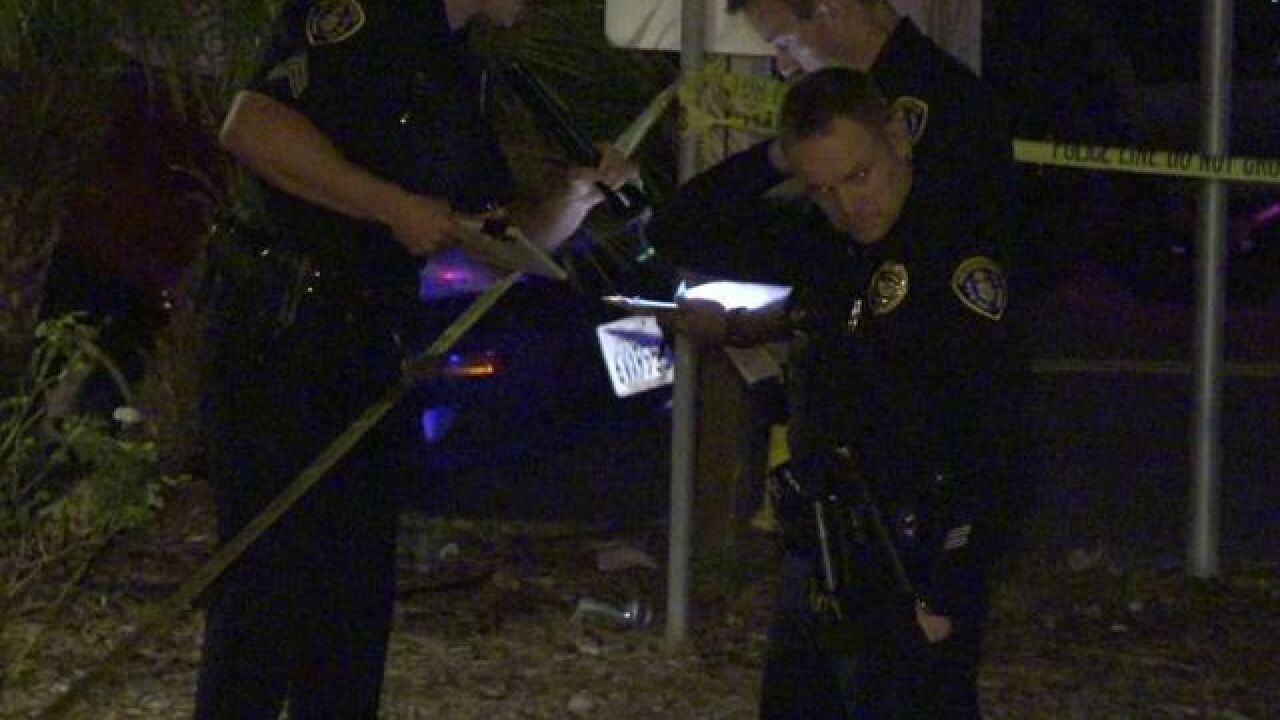 Officers fatally shot a man who pointed a replica pistol at them at a San Ysidro apartment complex early Monday, authorities reported.

The events that led to the shooting began shortly after 1 a.m., when a man called 911 from the 1100 block of West San Ysidro Boulevard and made a comment about wanting to shoot a woman, according to San Diego police. Following the threatening statement, the line went dead.

When patrol personnel went to the second-floor residence from which the call was made, a man answered their knock holding a realistic-looking model gun, which he pointed at them before slamming the door shut, Lt. Paul Rorrison said.

The officers retreated and began evacuating people from neighboring apartments. A short time later, the suspect walked outside and raised the black replica handgun in the direction of police again while walking down a stairway toward them, according to Rorrison.

"The suspect was given several verbal commands to drop the (apparent) weapon, but he refused to comply," the lieutenant said. "Fearing for their safety and the safety of the public, three officers discharged their weapons, striking the suspect."

Medics took the wounded man to a hospital, where he was pronounced dead. His name was withheld pending family notification.

Officers found a 59-year-old woman inside the apartment that the suspect had been in. She was unharmed, Rorrison said.

Antonio Valerio and his family of four live right below the suspect. He now has three bullet holes above his front door from the gunfire.

"And I look outside my window and there's a cop right there between that tree and that window, and that's my kids' room," Valerio said. "My kids were just so scared. I was scared for them, you know? Well, I look at it and it's … we're just lucky to be all right, you know?"

Esmeralda Silva, who also heard the gunshots, added, "Oh, I was so scared. I have a grandson here, 1-year-old. So I run into his room and check if he's OK."

Following the shooting, investigators discovered that the suspect had been wielding an imitation gun, he said.

Two of the officers who opened fire on the man have been with the San Diego Police Department for one year, and the third has served with the agency for 18 months. Their names were not immediately available.