SDG&E shuts off power amid high winds in East County

SAN DIEGO (KGTV) - Power remained shut off Monday for some areas of San Diego's East and North counties due to continuing high winds.

As a precaution, San Diego Gas & Electric turned off power for thousands of residents over the weekend in areas such as Descanso, Ramona, Valley Center, Pauma Valley, Jacumba and Boulevard.

SDG&E officials said the shut-off was initiated because high winds could potentially knock down a power line, which could spark a fire.

SDG&E began shutting down to some areas on Saturday night, with an expectation of restoration when the Red Flag Warning ends.

Customers in Julian received a voicemail alerting them that power was expected to be shut off amid the high-wind event.

Warnings were also posted along Interstate 8 in the Alpine area warning drivers that "high-profile vehicles not advised."

Click on the image below to check current outages: 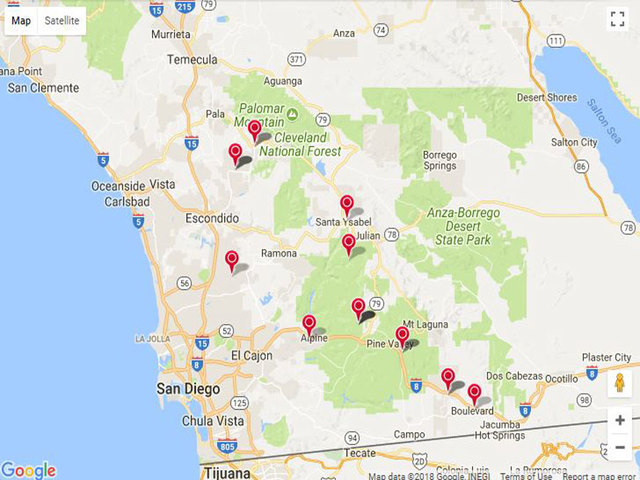