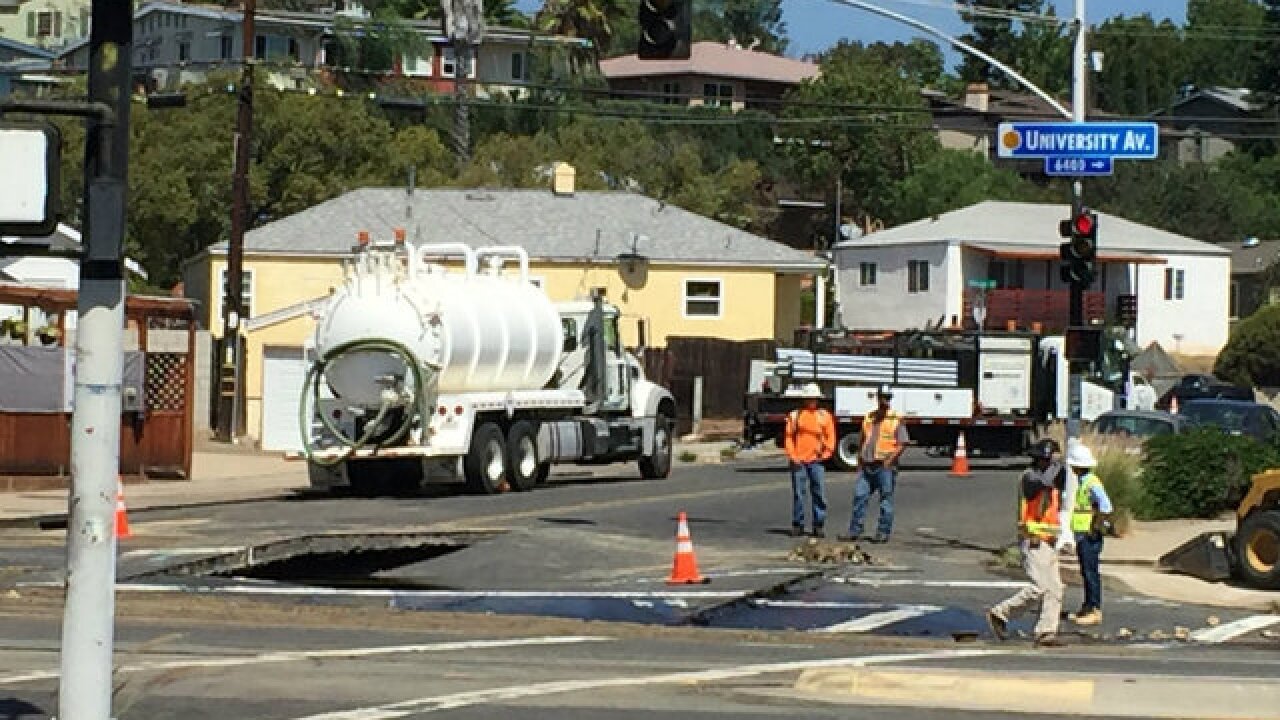 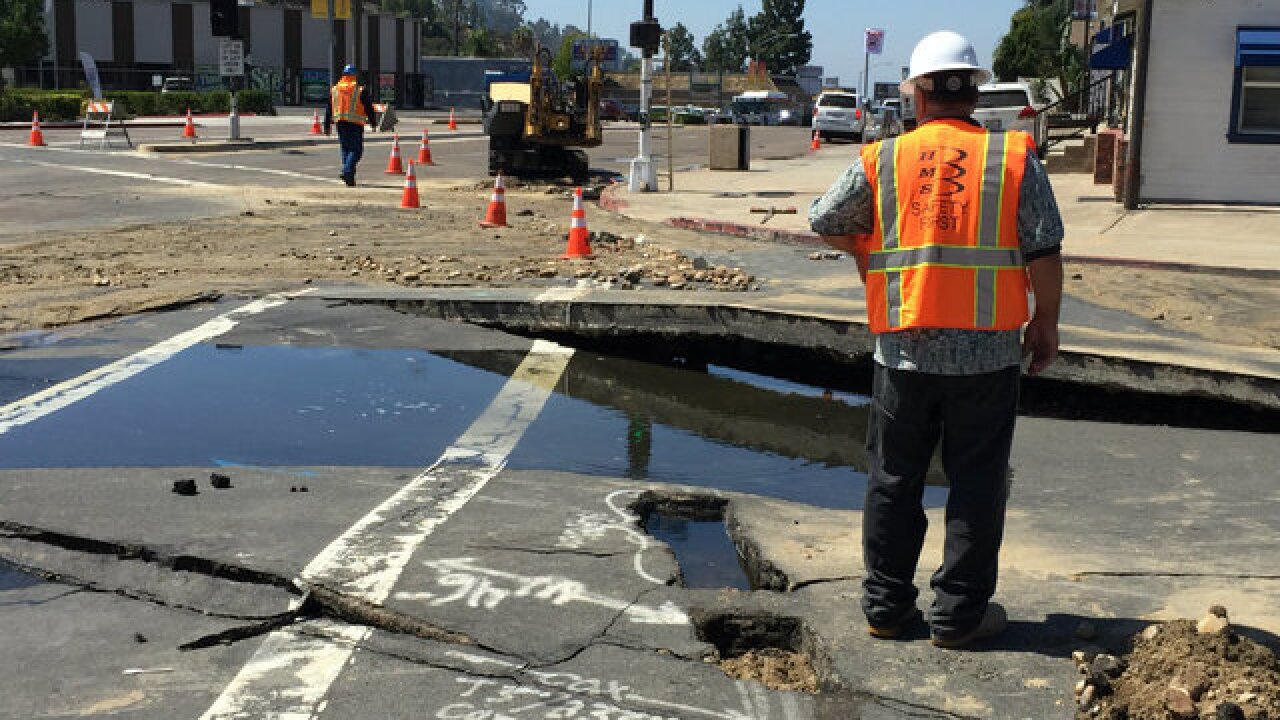 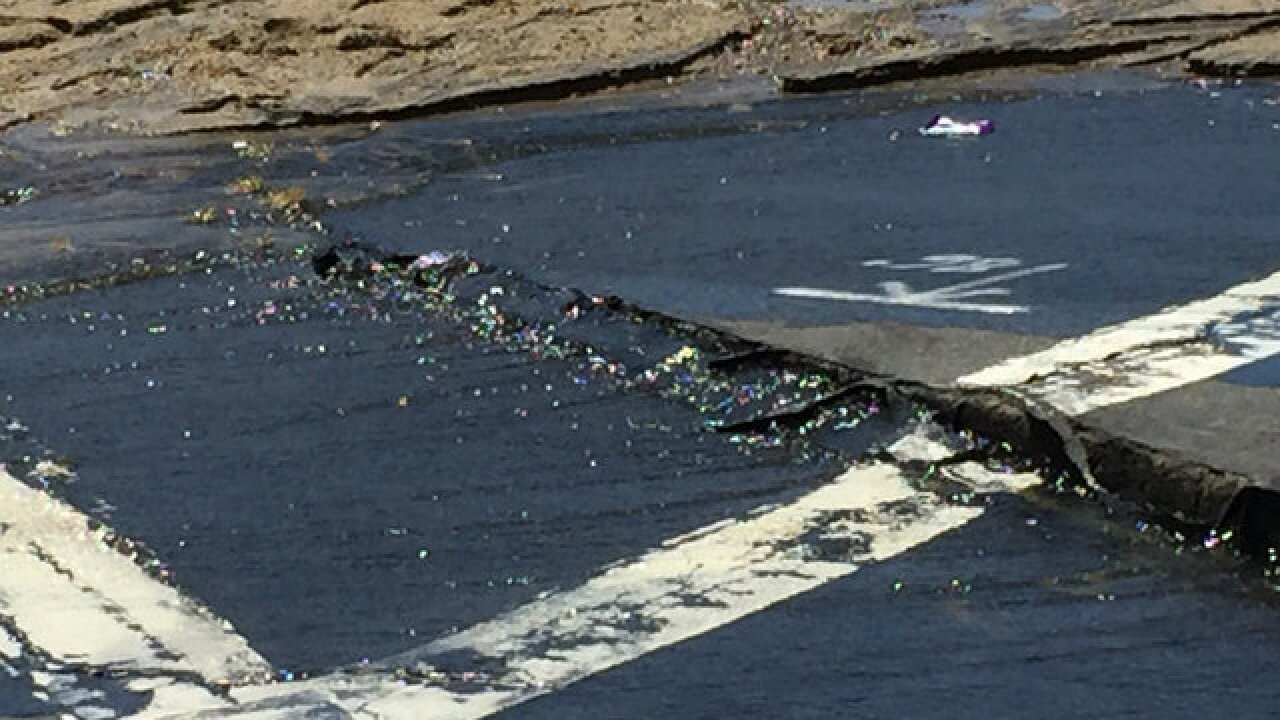 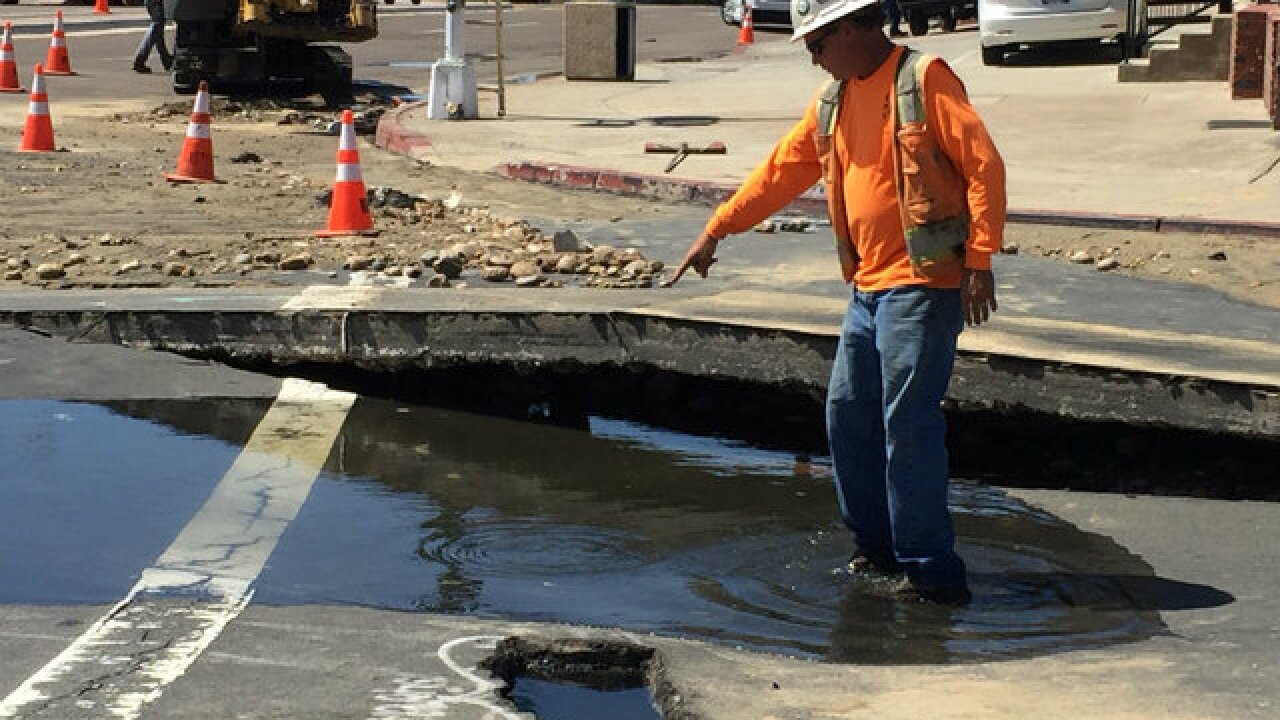 SAN DIEGO (KGTV) - SDSU classes will resume at 3:30 p.m. after a water main break left the university without water service.

The water main break was reported shortly after 11 a.m. at Rolando Boulevard and University Avenue. The City of San Diego said a contractor working near Rolando Blvd. and University Ave. hit the main. There was no estimated time of when water would be restored, according to the city.

Several nearby homes and businesses were left without water service, and San Diego State officials were forced to cancel classes through 3:30 p.m. due to the lack of water on campus. The campus would remain open, but non-essential personnel were allowed to leave, SDSU officials said.

Though, the city did not immediately know how many customers were affected by the break.

Officials also said buildings on campus do not have air conditioning, adding “any research that may require the use of water, including safety showers and/or eyewash stations, should cease immediately.”

At around 12:20 p.m., school officials said: "Each of the Conrad Prebys Aztec Student Union, East Commons, West Commons, Cuicacalli and University Towers buildings now have water, and restrooms are being opened at these locations."

Though due to the fluctuating water pressure, the school has posted portable restrooms with handwashing stations around campus. SDSU expects those interruptions to continue through at least 10 p.m.