Many of the 1,100 voters questioned in the scientific 10News/Union-Tribune poll showed no clear preference for non-partisan positions including District Attorney, Sheriff, and County Assessor.

43 percent of voters were undecided in the race.

Stephan was appointed by the Board of Supervisors last year to fill the remainder for Bonnie Dumanis’ term. Jones-Wright is a Deputy Public Defender. The two have met in several public forums. 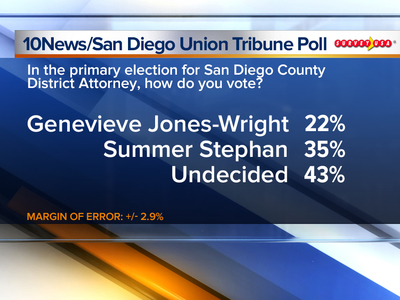 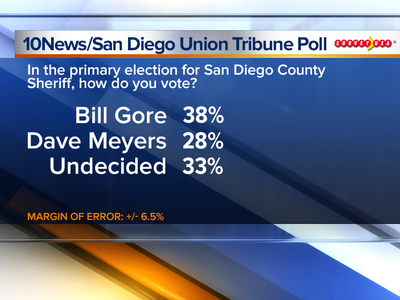 An overwhelming 63 percent of voters were undecided. 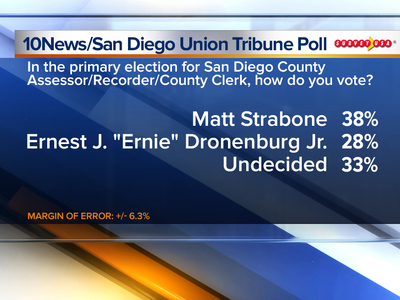 As far as voter turnout for the June Primary, over the last 30 years, the highest number of voters to turn out was 40 percent in 1990. 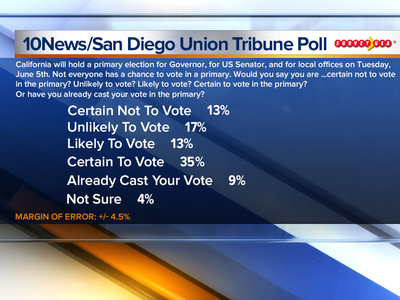 DO POLITICAL PARTIES MAKE A DIFFERENCE?

The Survey USA pollsters asked San Diegans if political parties impacted how they planned to vote in the elections. About a third said party affiliation had a lot to do with their decision. 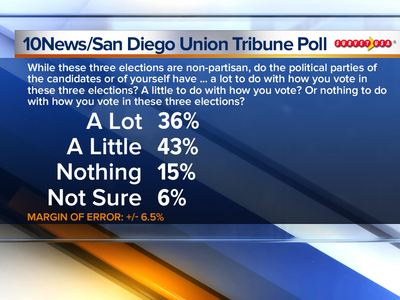 As San Diegans head to the polls, they’ll be weighing different issues. The cost of living and housing affordability topped the list of concerns facing most voters. Crime and homelessness were also in the top five.