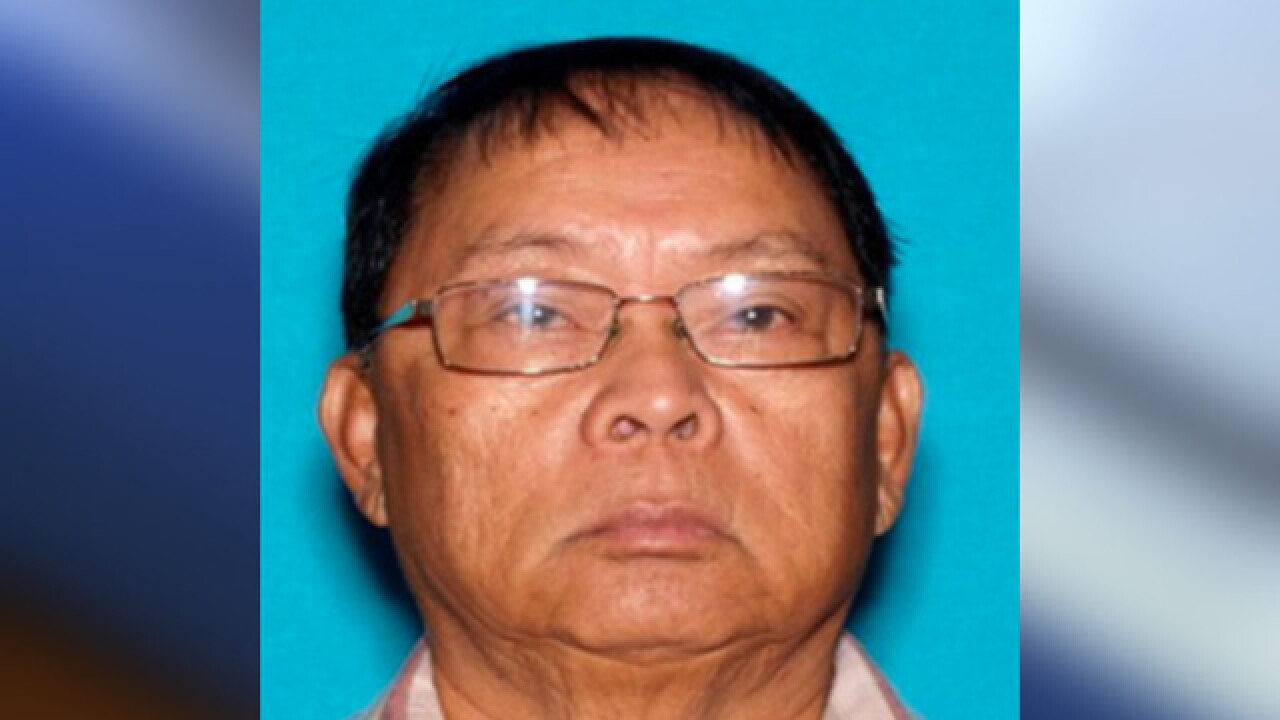 Copyright 2018 Scripps Media, Inc. All rights reserved. This material may not be published, broadcast, rewritten, or redistributed.
Manolo Cruz

SAN DIEGO (KGTV) - Police are asking for the public’s help in finding a man suffering from dementia and Alzheimer’s disease symptoms who has not been seen since driving away from his home on Monday afternoon.

San Diego police said 79-year-old Manolo Cruz left his Poway home without his cell phone at 3 p.m. on Nov. 19. He drove from the house in his off-white 2002 Infiniti SUV with California license plate number 4WTW042.

According to police, Cruz was supposed to go to a Walmart store in Poway. Police said Cruz was recently involved in an incident where he got lost and was located by family members shortly after.

On Nov. 20, between 1:30 a.m. and 2 a.m., police said Cruz used his debit card to buy gas at the BB Travel Center off Interstate 10 in Blythe, a town in Riverside County.

Cruz is Filipino, 5 feet 7 inches tall and weighs 175 pounds. He has gray hair, brown eyes and wears glasses. He was last seen wearing a green polo shirt and denim shorts.