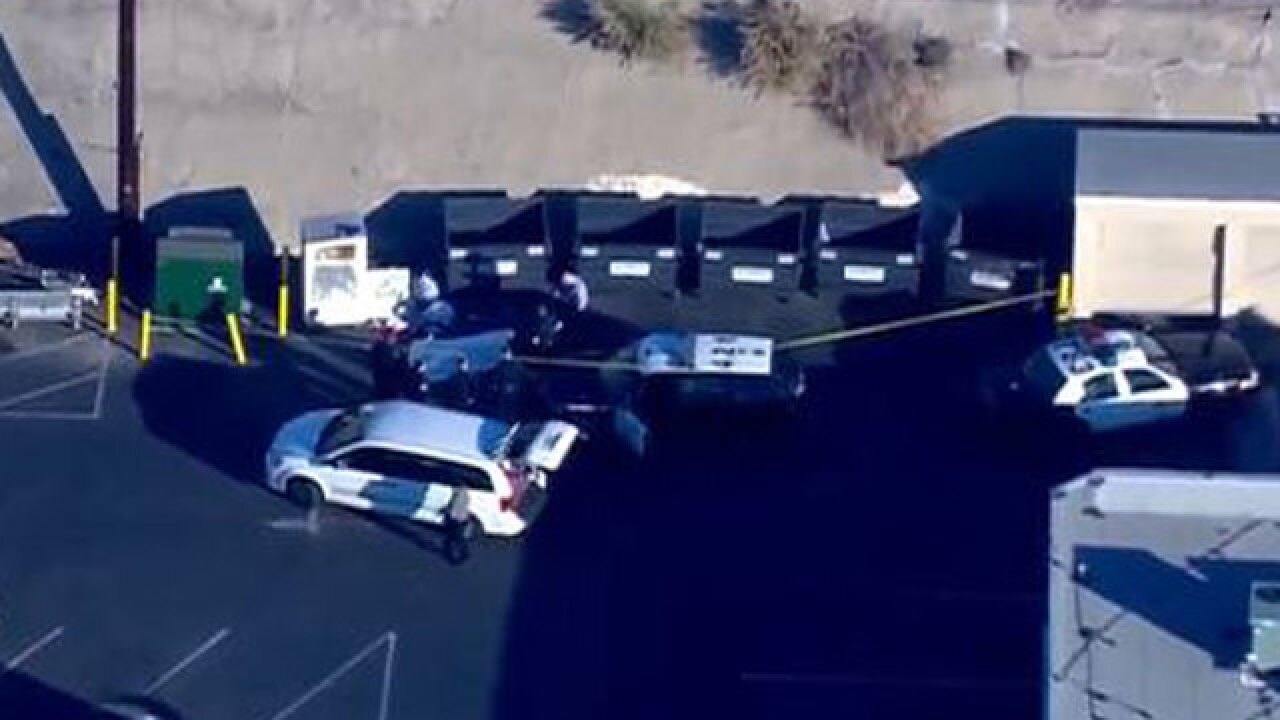 Copyright 2017 Scripps Media, Inc. All rights reserved. This material may not be published, broadcast, rewritten, or redistributed.
Body found in City Heights strip mall in 5300 block of University Avenue (Dec. 15, 2017) 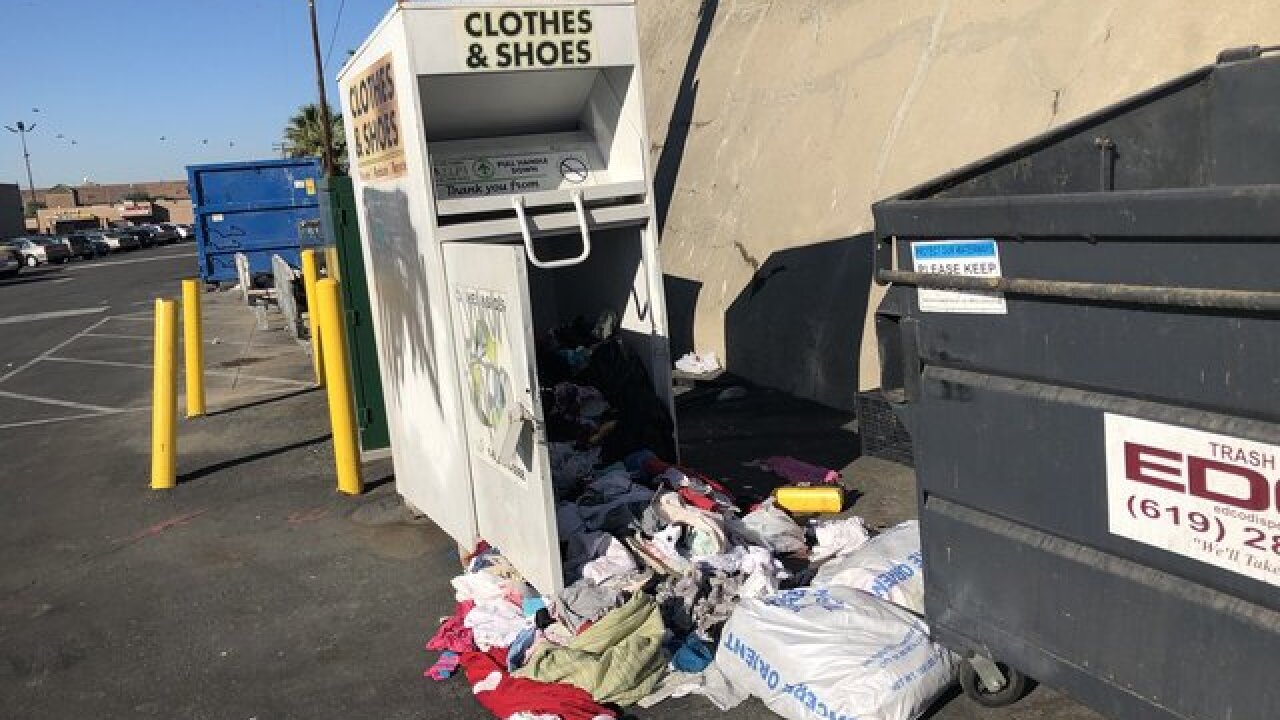 SAN DIEGO (KGTV) - A man found dead inside a donation bin at a City Heights-area strip mall Friday may have been trying to get clothes to stay warm, friends said.

San Diego police responded to a report just before 7 a.m. of a dead man stuck in a donation bin at a strip mall in the 5300 block of University Avenue.

Police believe the man was trying to grab clothes from the bin when he got stuck and possibly suffocated.

10News spoke with residents of a nearby homeless camp at Colina Park. They believe the victim was a friend who was trying to stay warm for the night.