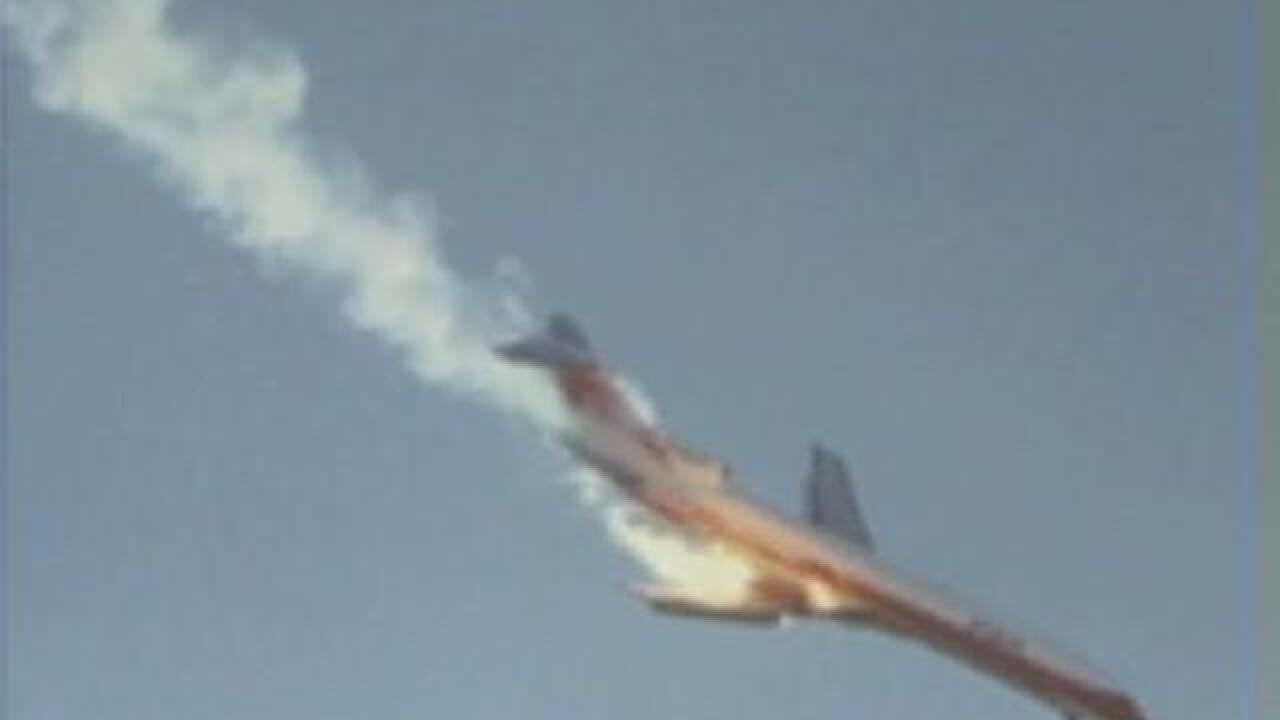 Hans Wendt
<p>FILE -- PSA Flight 182 as it crashes into a North Park neighborhood on Sept. 25, 1978, after colliding with a Cessna plane. The collision occurred as the Boeing 727 was coming in for landing at Lindbergh Field. 144 people were killed in the tragedy.</p> 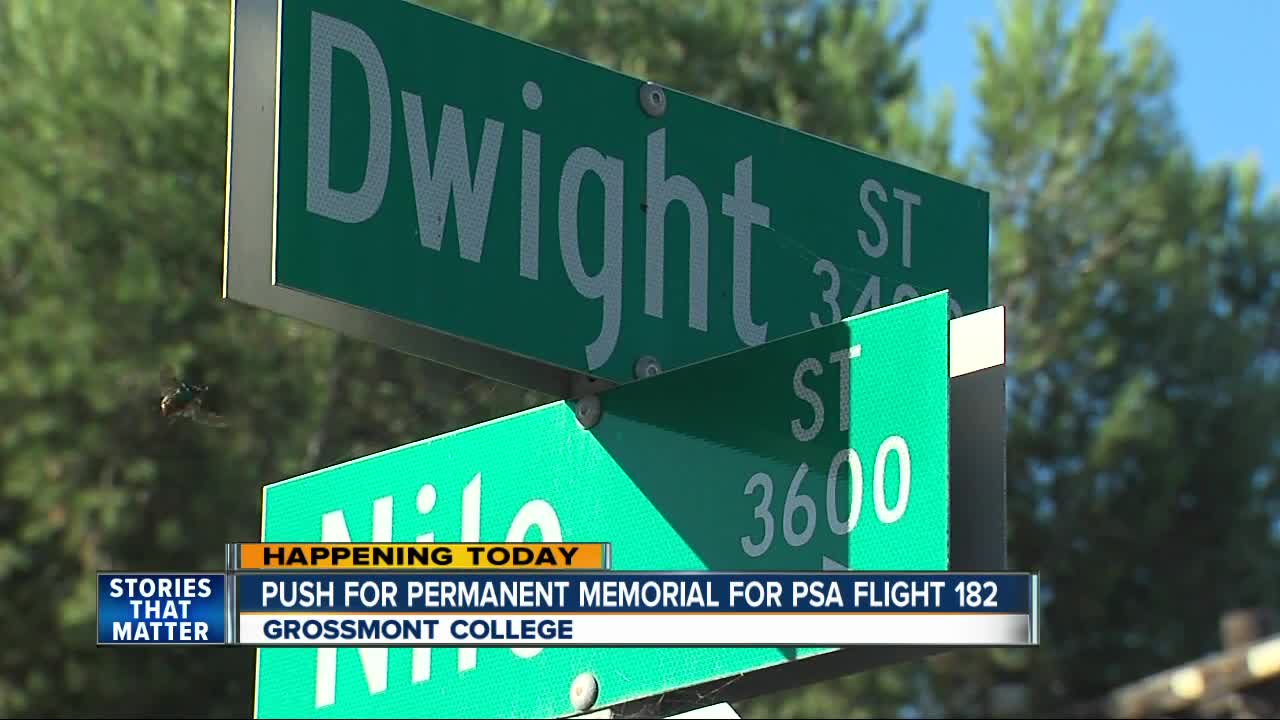 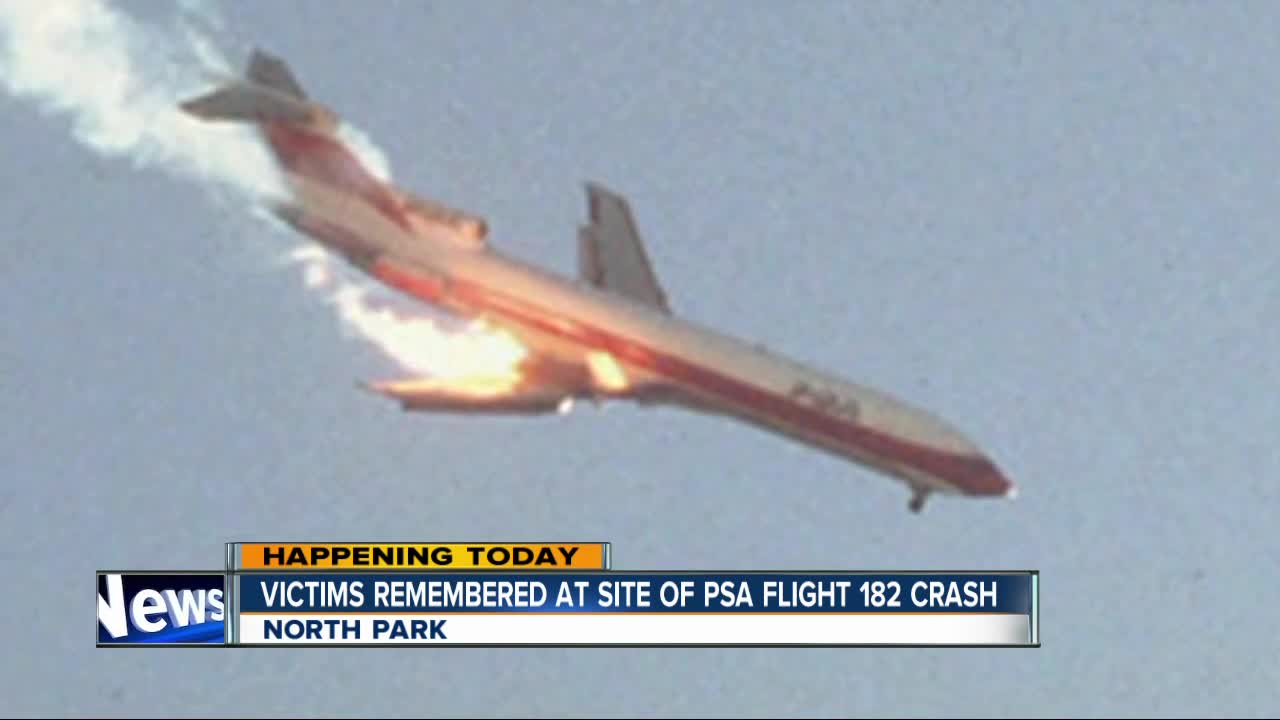 At the intersection of Dwight and Nile streets, where Flight 182 hit the ground, state and local officials will participate in a remembrance ceremony at 9 a.m. for the 144 victims of the crash. City Councilman Chris Ward, State Sen. Toni Atkins, Assemblyman Todd Gloria and Police Chief Dave Nisleit are all expected to attend. The four officials, along with first responders and members of the North Park neighborhood where Flight 182 crashed, are also expected to present a plaque to honor the victims.

In El Cajon, Grossmont College plans to screen a 2010 documentary film about the crash, "Return to Dwight and Nile," at 6 p.m. After the screening, first responders, surviving family members and former Pacific Southwest Airlines employees will share their memories of the crash.

On the morning of Sept. 25, 1978, Flight 182 was descending on San Diego International Airport when it collided with a private Cessna 172 airplane over North Park. The Boeing 727 crashed near the intersection of Dwight and Nile streets while the Cessna landed near the intersection of Polk Avenue and 32nd Street. In addition to the 135 killed aboard Flight 182 and the two Cessna co-pilots, the crash killed seven people on the ground.

"All these years later, people in San Diego vividly remember this event and many still suffer the loss of family and friends," said Marty Ennis, a history professor at Grossmont College who organized the school's memorial event.

"Members of the San Diego police and fire departments who were first responders experienced the most difficult moment of their career on that day. Many people in San Diego had friends and relatives who worked for the airline. There is a group dedicated to the creation of a memorial to the victims of this crash and feel very strongly that the event must be remembered," Ennis said.