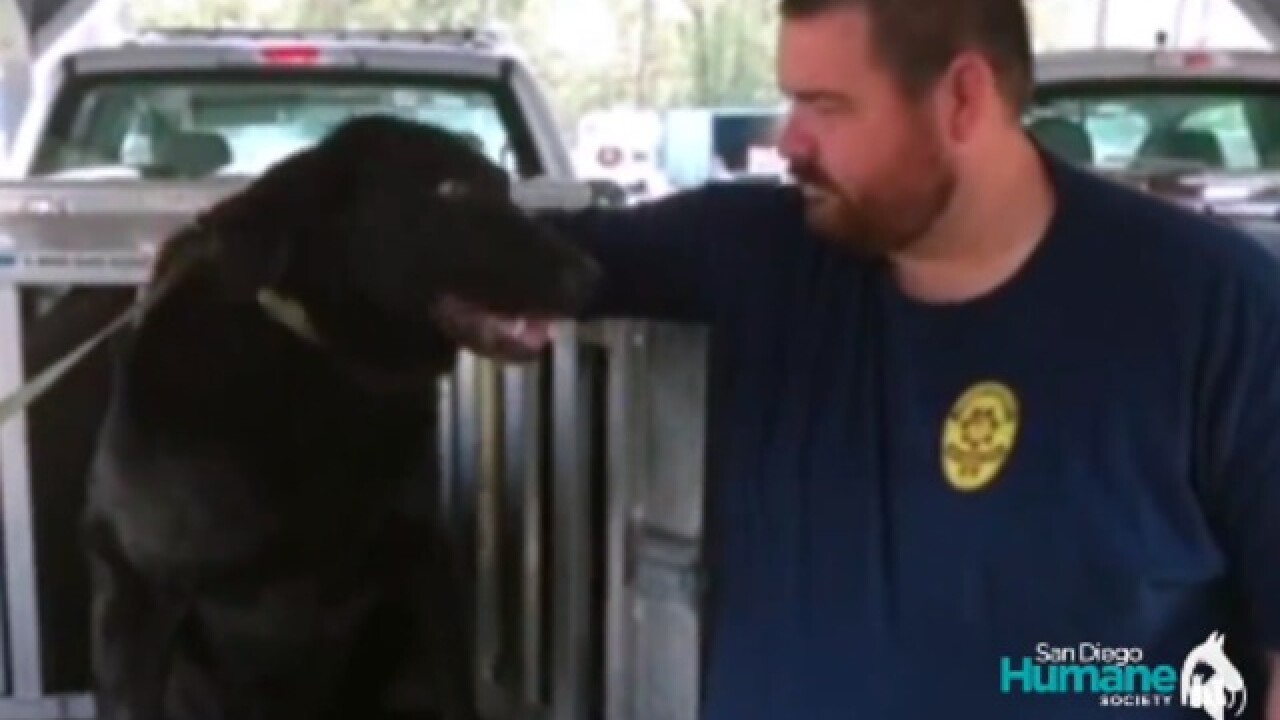 Our Emergency Response Team is on the front lines rescuing animals in the aftermath of #HurricaneFlorence. In collaboration with @HumaneSociety, our team rescued five Labradors in Horry County, SC from a home where floodwaters were rising. The dogs are now safe. pic.twitter.com/YEmCwKYkVH

Seuferer says the dogs' owner reportedly couldn't carry the dogs out and called crews in for help.

"They were lashing out. The one I carried was lashing out ... So I ended up doing a leash wrap mussel and carrying him back," Seuferer said.

The dogs are now safe at Horry County Animal Care Center, where they'll remain until it's safe to return home.