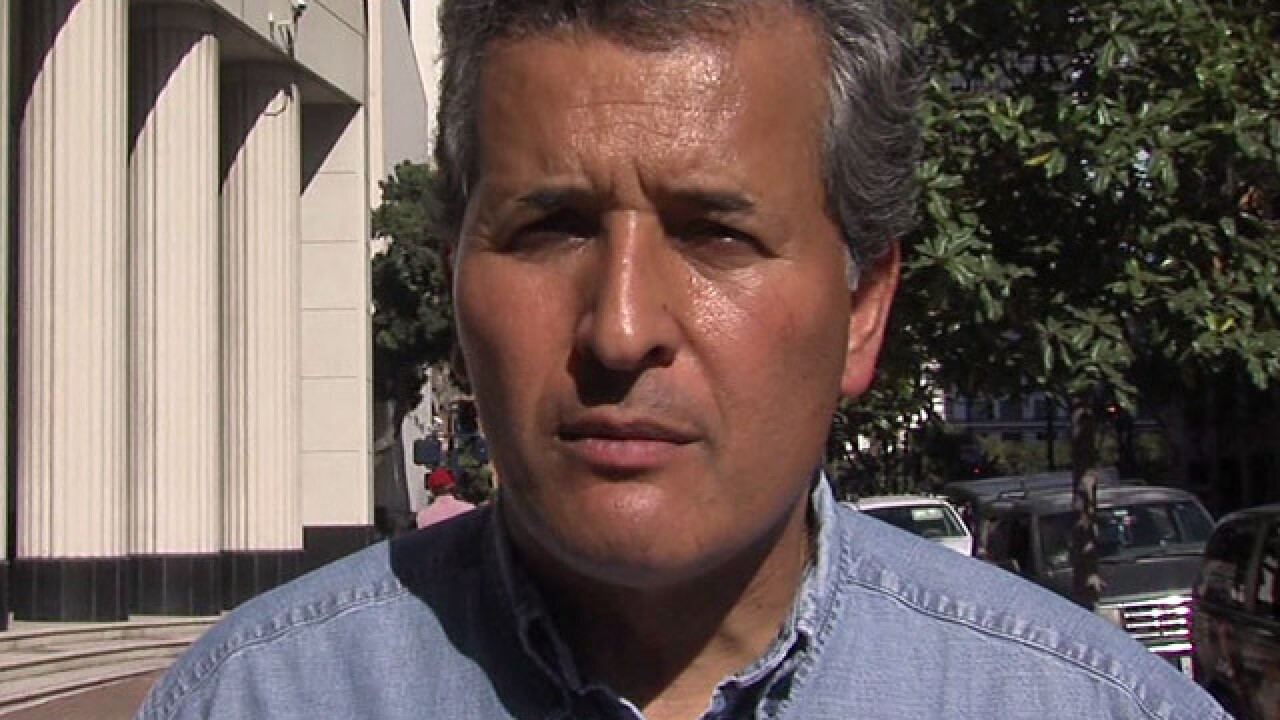 Copyright 2013 Scripps Media, Inc. All rights reserved. This material may not be published, broadcast, rewritten, or redistributed.
<p>Juan Vargas</p>

WASHINGTON (KGTV) -- It was a battle cry moment in the immigration debate his week: San Diego Congressman Juan Vargas confronting President Trump as he walked by after an immigration meeting on Capitol Hill.

Reached by phone Thursday in Washington DC, Vargas said, "You know, I was very angry." The Congressman had taken part in a tour, along with other political leaders, of an immigrant child detention center in El Cajon Monday.

"I thought of my own two girls," says Vargas. "You know, if they had taken my girls away from my wife and me and put them in cages... how despondent we would be?"

A thought that prompted the Congressman to do something he says he's never done before: confront the Chief Executive head on.

But Vargas says it was a moment nearly stopped by the secret service, when an agent attempted to block his access to the Presidents entourage.

"The Secret Service person said no, and I said, we'll I'm going anyway," said Vargas. "And that's when one of the Capitol Police Officers said, 'he's a member of Congress, don't stop him.'

The President wasn't the only one to get a taste of Vargas' anger after Tuesday's meeting. While walking by a hallway press interview underway with Republican Congressman Carlo Curbello of Miami, Vargas lashed out, "I hope you tell them not to put people in cages Congressman. You were the one we were hoping on and you haven't helped us out on this at all Congressman, it's wrong!"

Vargas says he still considers the Congressman from Miami a good friend. But there's sure to be some making up tomorrow as Congressional leaders take part in a Friday Prayer.