San Diegans brace for another round of Santa Ana winds 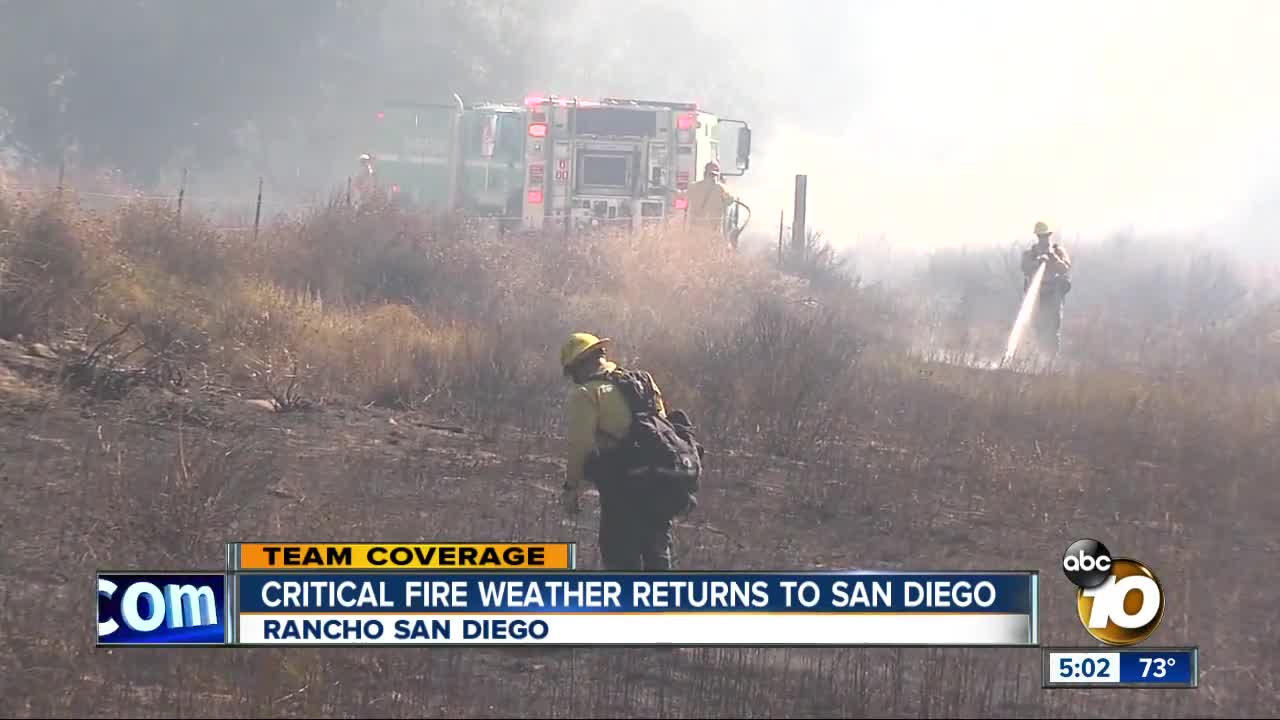 Santa Ana winds are expected to bring a Red Flag Warning to San Diego this week. 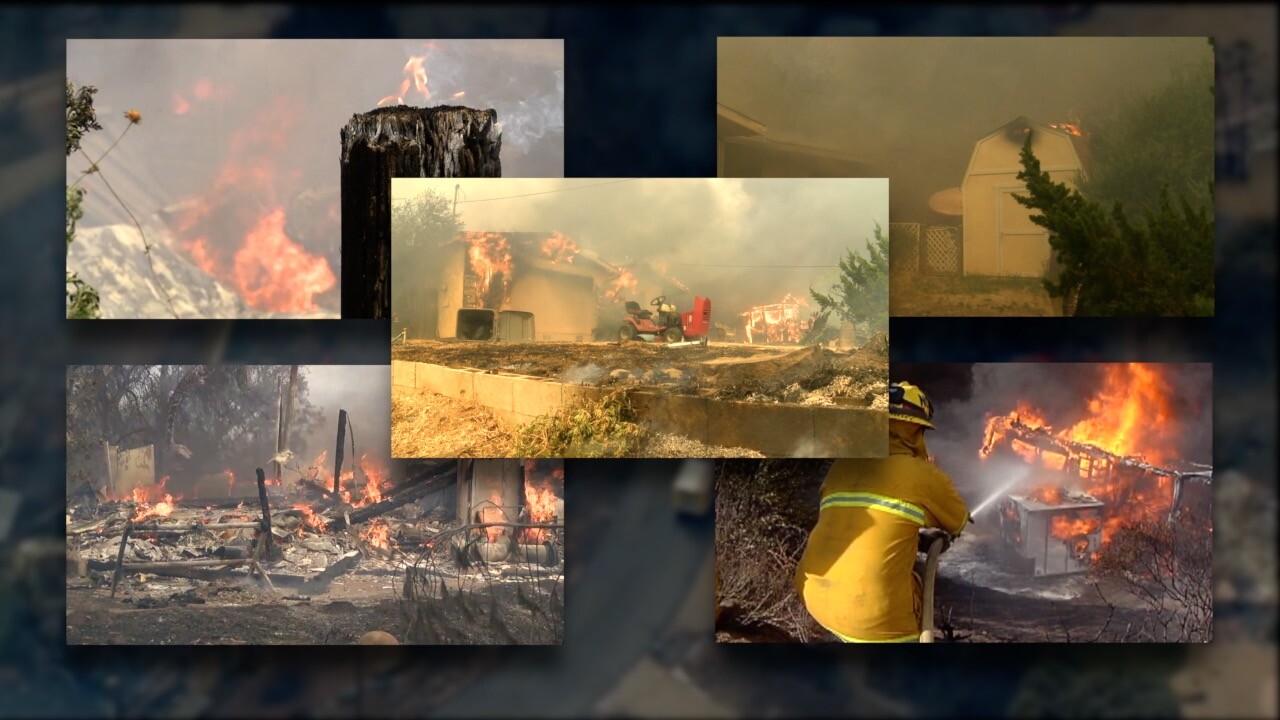 SAN DIEGO (KGTV) -San Diego is expecting the most powerful Santa Ana winds of the season this week.

The winds are expected to pick up late Tuesday into Thursday.

Cal Fire is urging residents not to let their guard down, but cautions, this is not the time to start clearing defensible space.

"This week we really want people to tap the brakes on going out and clearing their property, we don't want them to start the next fire trying to do the right thing, the wrong way, at the wrong time, so please don't clear your property this week, focus on having an evacuation plan so you can get your family members, pets and livestock out when the need arises," said Captain Thomas Shoots, Public Information Officer for Cal Fire San Diego.

Firefighters from San Diego, Chula Vista, Coronado, Imperial Beach, and Cal Fire are helping to fight the fires in Sonoma County and the Getty Fire in Los Angeles. Still, Shoots said there is no strain on local resources.

"We know that a lot of times, this time of year, we'll have multiple major events happen at the same time, so we can send out plenty of resources and still be staffed up in San Diego so we are watching that very closely and we want to make sure that if anything takes off here we have plenty of resources to draw from," said Captain Shoots.

Crews are able to monitor all the fire activity across the state from the command center at the Cal Fire Headquarters in Rancho San Diego.

"Regionally, we're looking pretty good, we're fortunate that both fires that we had on Friday we were able to jump on it, put a ton of resources on it, and we were able to stop those before they became major incidents," said Captain Shoots.

According to Shoots, this has been a mild fire season compared to last year.

"We continue to see fires this year, but most people haven't heard about a lot of the fires that we've had because we've been able to keep them small. With Cal Fire, our goal is to keep 95% of the fires at 10 acres or less, and we've been fortunate with that this year because the conditions have been milder," said Shoots.

"We've been pretty lucky with the fire activity around the state has been pretty light. Most other years, we've been hit pretty hard, and we start to get worn down this time of year, but 2019 has been relatively good to us. Our guys are pretty fresh, and they're ready to do their job."