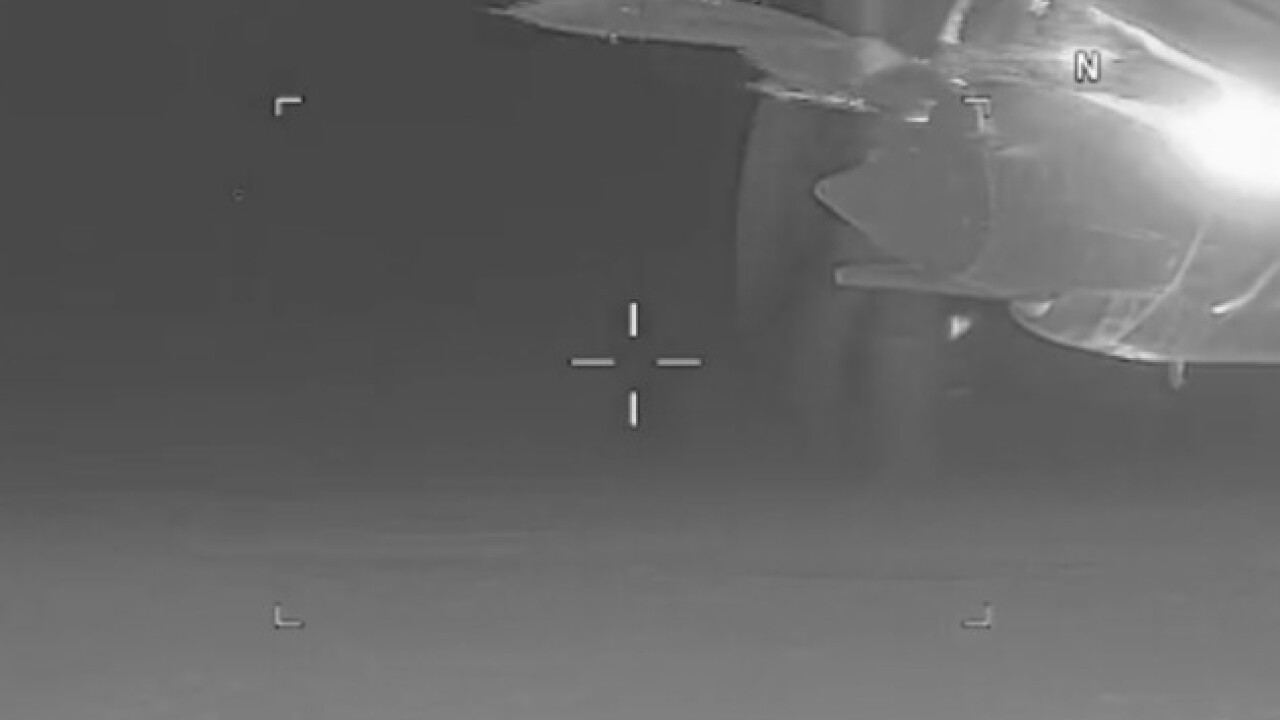 (CNN) -- A US Navy reconnaissance aircraft flying in international airspace over the Black Sea was intercepted by a Russian fighter jet Monday in an unsafe and unprofessional manner, according to three US defense officials and a statement from the Navy.

During an encounter that lasted a total of 25 minutes, the Russian SU-27 jet passed directly in front of the US EP-3 aircraft at a high speed, the officials said. The US crew reported turbulence following that initial interaction in which the direct pass occurred.

The SU-27 then made a second pass of the US plane and applied its afterburner while conducting a banking maneuver, which is believed to have caused a vibration that was experienced by the American crew.

"This interaction was determined to be unsafe due to the SU-27 conducting a high speed pass directly in front of the mission aircraft, which put our pilots and crew at risk. The intercepting SU-27 made an additional pass, closing with the EP-3 and applying its afterburner while conducting a banking turn away. The crew of the EP-3 reported turbulence following the first interaction, and vibrations from the second," according to a statement from the US Navy.

Officials so far, have not been able to estimate how close the Russian aircraft came to the US plane, but described the flight behavior of the Russians as the key factor in making the determination the encounter was unsafe.

US officials were not initially aware of whether the Russian aircraft was armed.

The Navy EP-3 was operating out of Souda Bay, Greece, according to Pentagon spokesman Eric Pahon.

The Navy plane had its transponder on for the duration of the mission but there was no communication established or attempted between the Russian and US aircraft, Pahon said.

A Twitter account for the Russian embassy in the US posted a brief statement about the encounter on Monday saying the fighter jet "followed all necessary safety procedures."

"The Su-27 jet's crew reported identifying the #US EP-3 Aries spy plane and accompanied it, preventing a violation of Russian airspace and followed all necessary safety procedures," the tweet said.

The last reported unsafe intercept of a US Navy aircraft by a Russian jet occurred in January when a Russian Su-27 jet flew within five feet of a US Navy EP-3, forcing the Navy plane to fly through its jet wash.

The US Navy deemed that intercept unsafe and unprofessional.

Following that incident, the US State Department issued a statement accusing the Russians of "flagrantly violating existing agreements and international law."

In May, a Russian Su-27 fighter jet performed an "unprofessional" intercept of a US Navy P-8 surveillance plane while it was flying in international airspace over the Baltic Sea.

The Russian jet came within about 20 feet of the US aircraft, one official said, adding that the encounter lasted about nine minutes.

That intercept was described by officials as safe but unprofessional, though a US Navy official told CNN that the Navy does not officially classify aerial encounters that way. The Navy classifies aviation intercepts simply as either safe or unsafe.