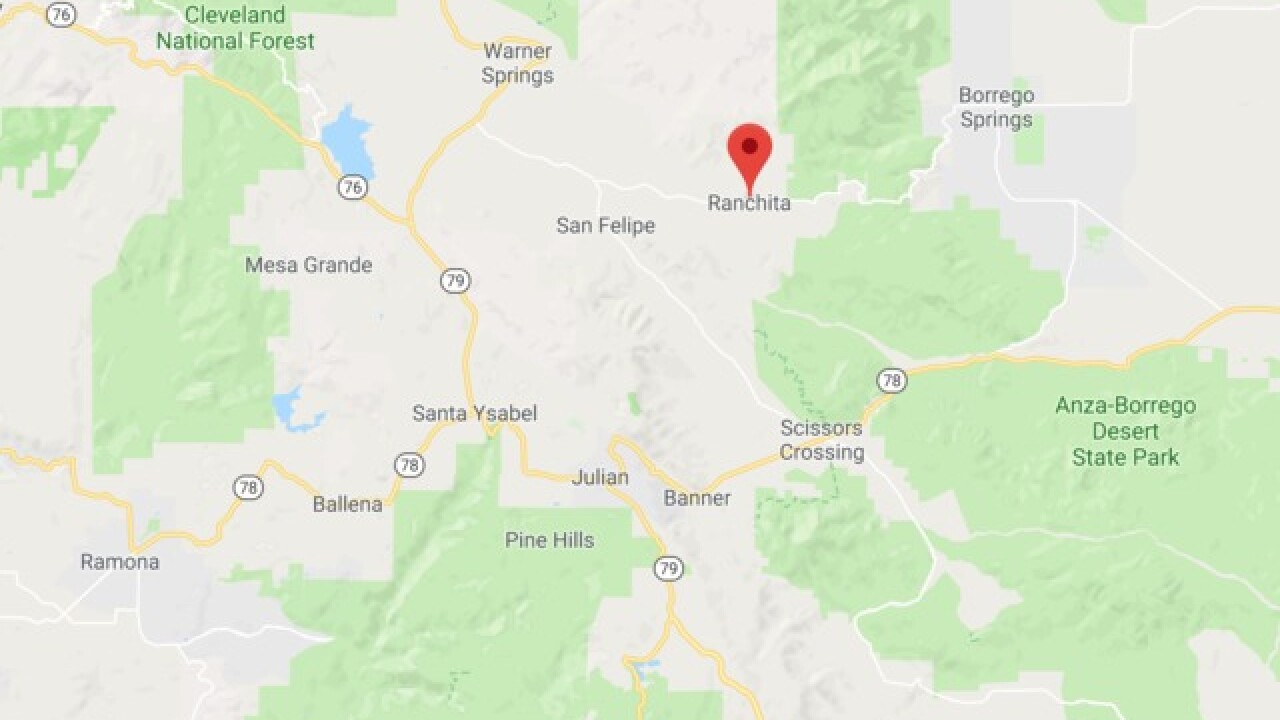 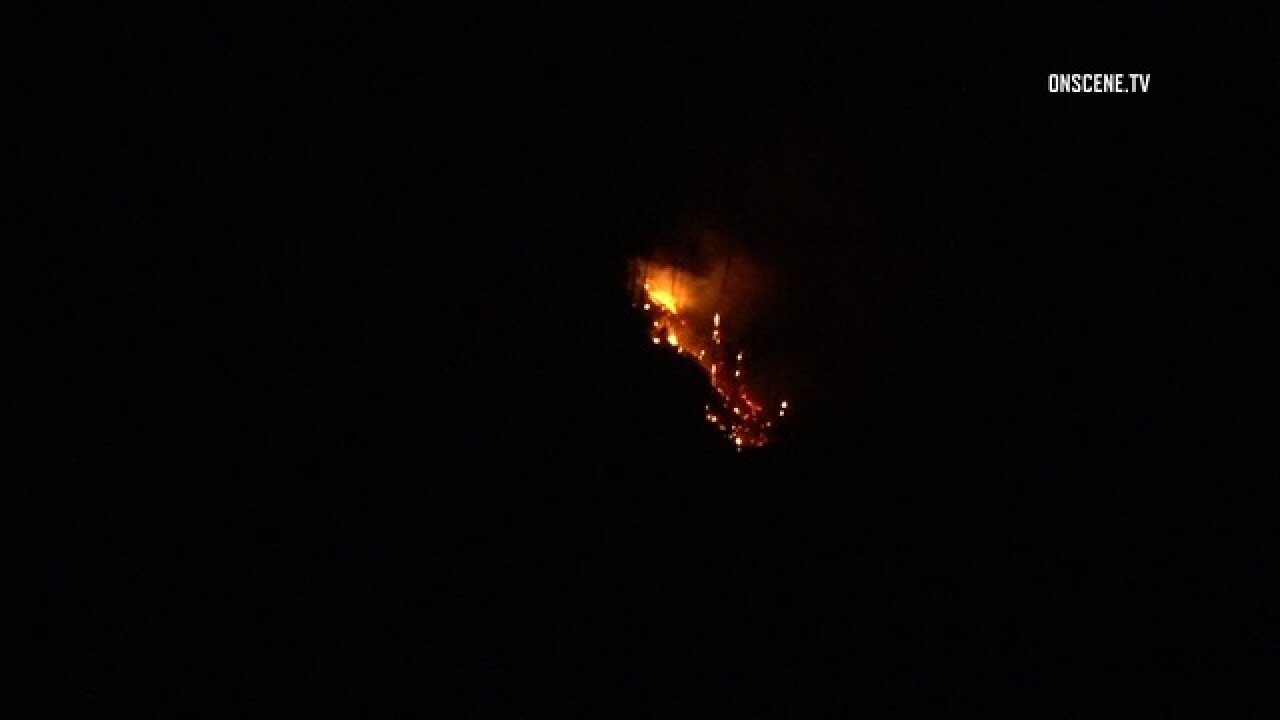 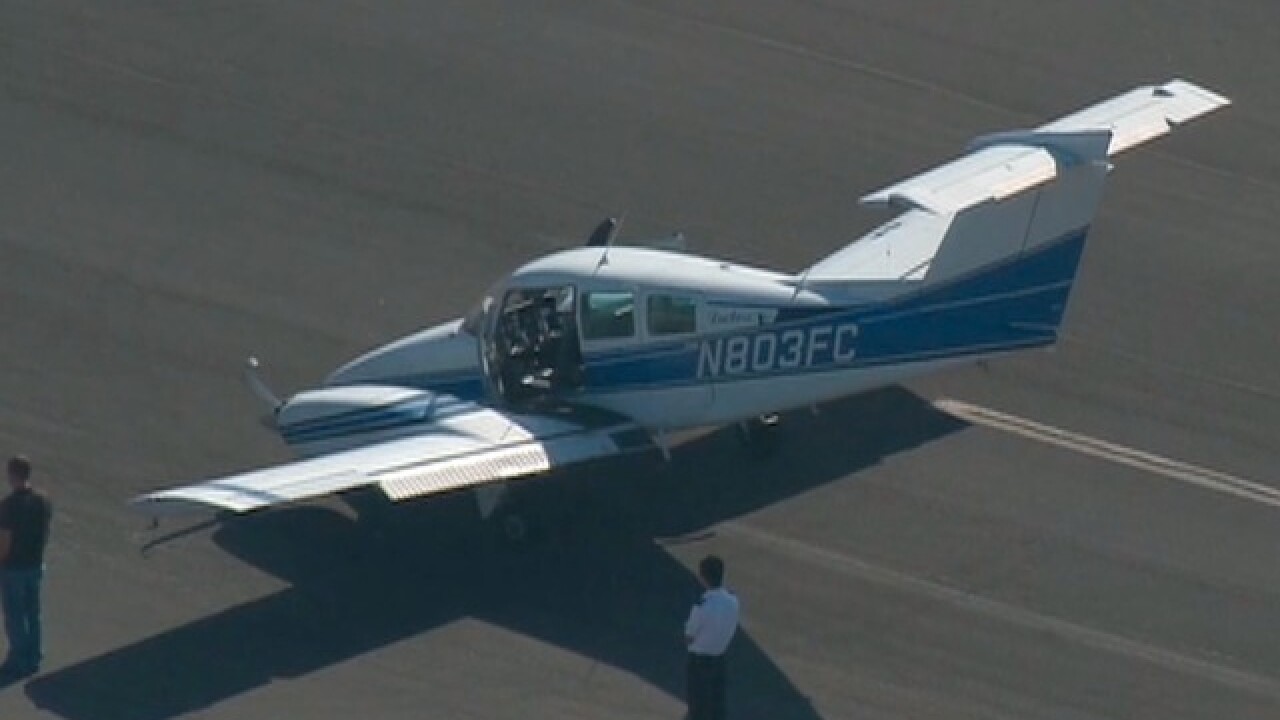 (KGTV) – Firefighters battling a brush fire near Volcan Mountain in the East County Friday, possibly ignited by a reported plane crash in the area the night before.

About an hour after the crash reports, Cal Fire officials said crews responded to a vegetation fire near Volcan Mountain, in the area close to the possible plane crash.

Cal Fire officials tweeted that the so-called Volcan Fire was burning “in an area that is steep and inaccessible to ground resources.”

At daylight Friday, ground crews reached the fire’s edge to battle the blaze. As of 6 p.m., the fire has burned at least 12 acres, but no homes or other structures are nearby. It was 30 percent contained.

About 70 firefighters were expected to stay on scene and continue efforts overnight into Saturday.

During the firefighting effort, sheriff’s officials said, “a possible crash site was located in the area” but crews have not been able to reach the wreckage due to the fire.

Sheriff’s officials said: "Once we are able to access the crash site, elements of the Sheriff's Search and Rescue Team will respond to assist the FAA, who are the leading the investigation of this incident … We have been unable to identify the plane or occupants at this time."

An FAA official told 10News Friday that a twin-engine Beechcraft Duchess aircraft was reported overdue when it did not land at Ramona on Thursday night. The official said they do not know of the plane's whereabouts.

There is no official confirmation linking the missing plane to the brush fire.

10News learned that the tail number of the plane believed to have crashed is the same as that of an aircraft that experienced a hard landing incident in 2013 at Gillespie Field, resulting in a collapsed nose gear.