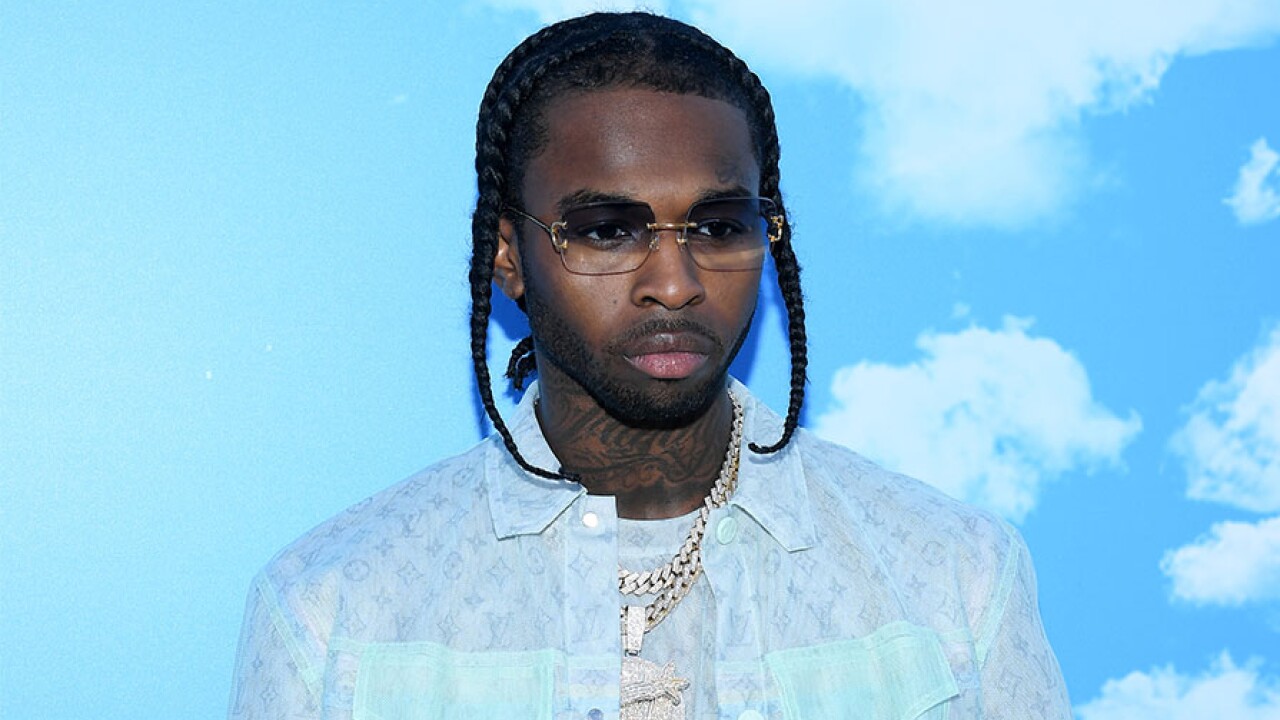 The Los Angeles Police Department said officers went to 2033 Hercules Drive about 4:55 a.m. in response to a 911 call that originated on the East Coast. Police did not immediately identify the shooting victim, but Pop Smoke's record label, Republic Records, issued a statement confirming his death, which was first reported by TMZ.com.

"We are devastated by the unexpected and tragic loss of (Pop Smoke)," according to the company. "Our prayers and thoughts go out to his family, friends and fans, as we mourn this loss together."

LAPD Capt. Steve Lurie said the 911 call came from someone "back East (who) stated a friend of theirs home was being broken into by multiple suspects, and that one of them was armed with a handgun."

"When officers arrived there approximately six minutes later, they discovered a victim inside the house had been shot," Lurie said. "They called the fire department, who arrived and transported that victim to Cedars-Sinai (Medical Center), where he was pronounced dead."

No descriptions were immediately available of the suspects, who were wearing masks, police said.

"Officers detained several people who were inside the house," Lurie said. "However, all of those folks were released. ... No one was arrested at the scene."

Lurie said various witness statements indicated that between two and six suspects were involved in the break-in.

According to TMZ, the 20-year-old rapper was at the residence when two men wearing hoodies and masks broke into the house.

Pop Smoke released an album in July, and one of the songs, "Welcome to the Party," was considered by many the song of the summer, TMZ reported.

Nicki Minaj did a remix of the song a few months later. Pop Smoke also did a song, "Gatti," with Travis Scott. Pop Smoke's real name was Bashar Barakah Jackson.

Minaj shared a photo of the slain rapper on Instagram, along with the words: "The Bible tells us that jealousy is as cruel as the grave. Unbelievable. Rest in Peace, Pop."

Rapper 50 Cent wrote on Twitter: "R.I.P. to my man Pop Smoke, No sympathy for winners. God bless him." In a second post, 50 Cent wrote: "No such thing as success with out jealousy, treachery comes from those who are close. R.I.P."

According to various media reports, the up-and-coming New York rapper posted photos earlier Wednesday or late Tuesday from a party at the home, even revealing the address. According to TMZ, one of the photos showed a person holding a large sum of money.