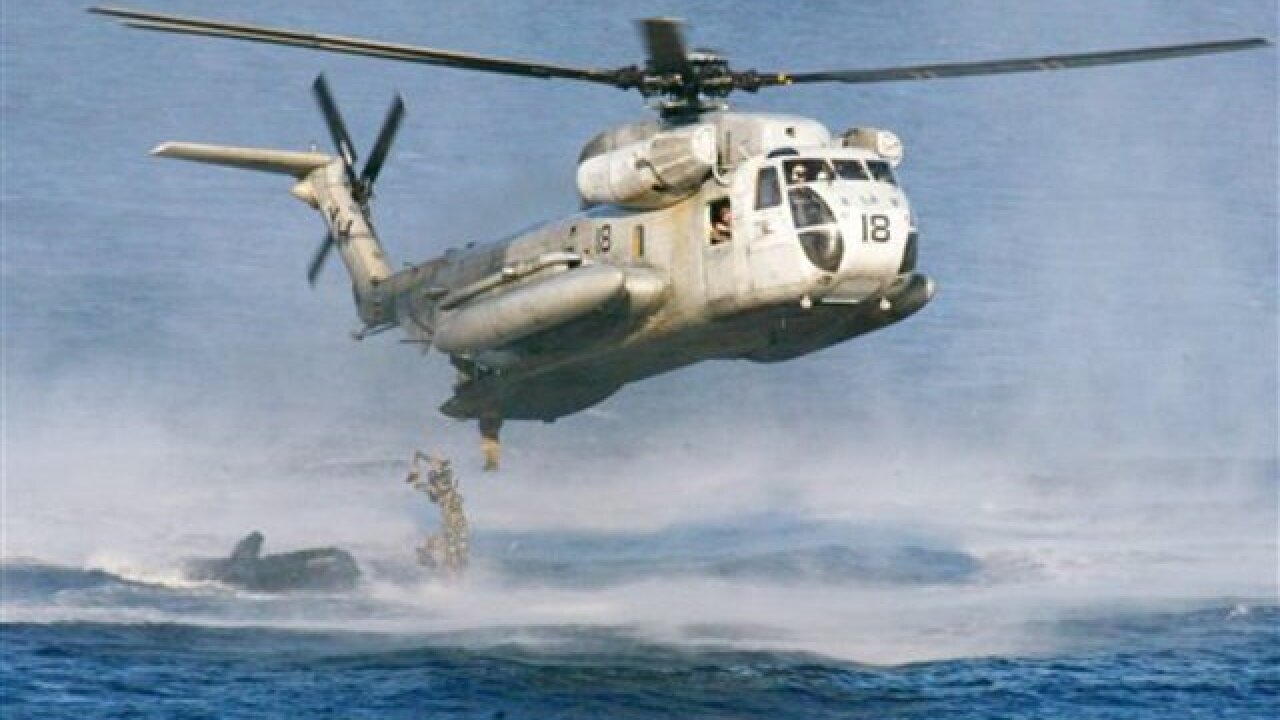 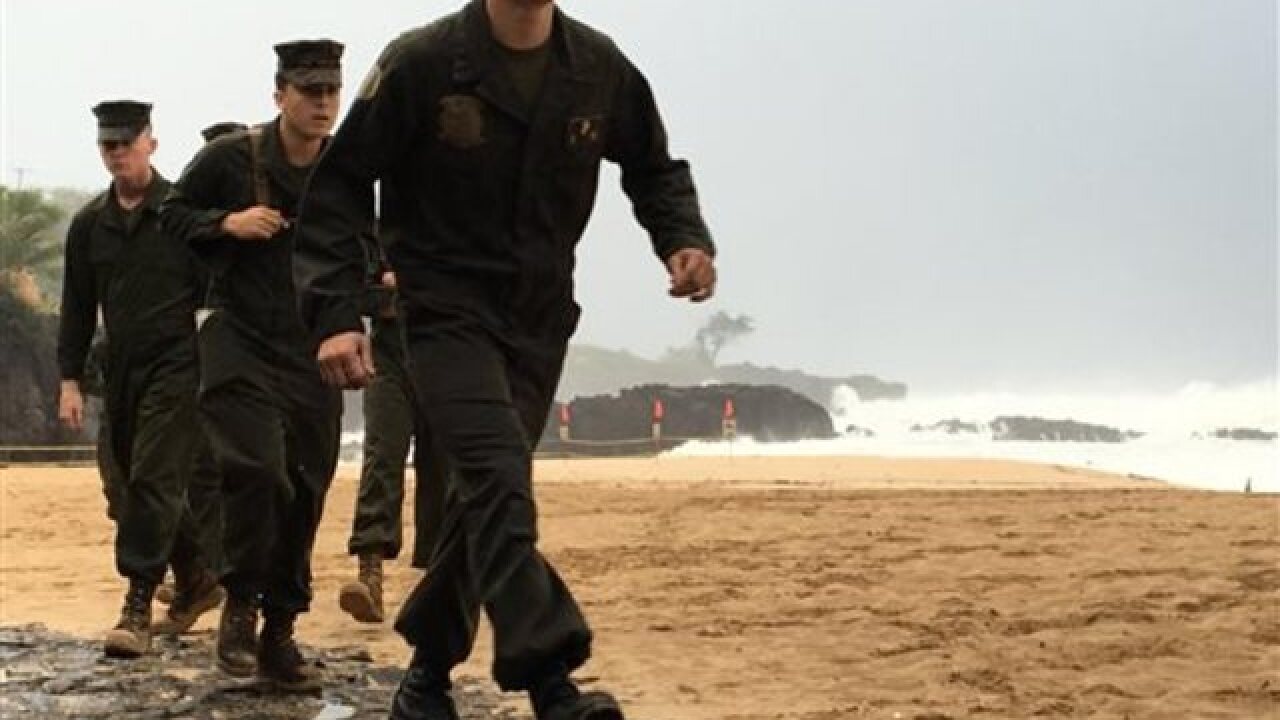 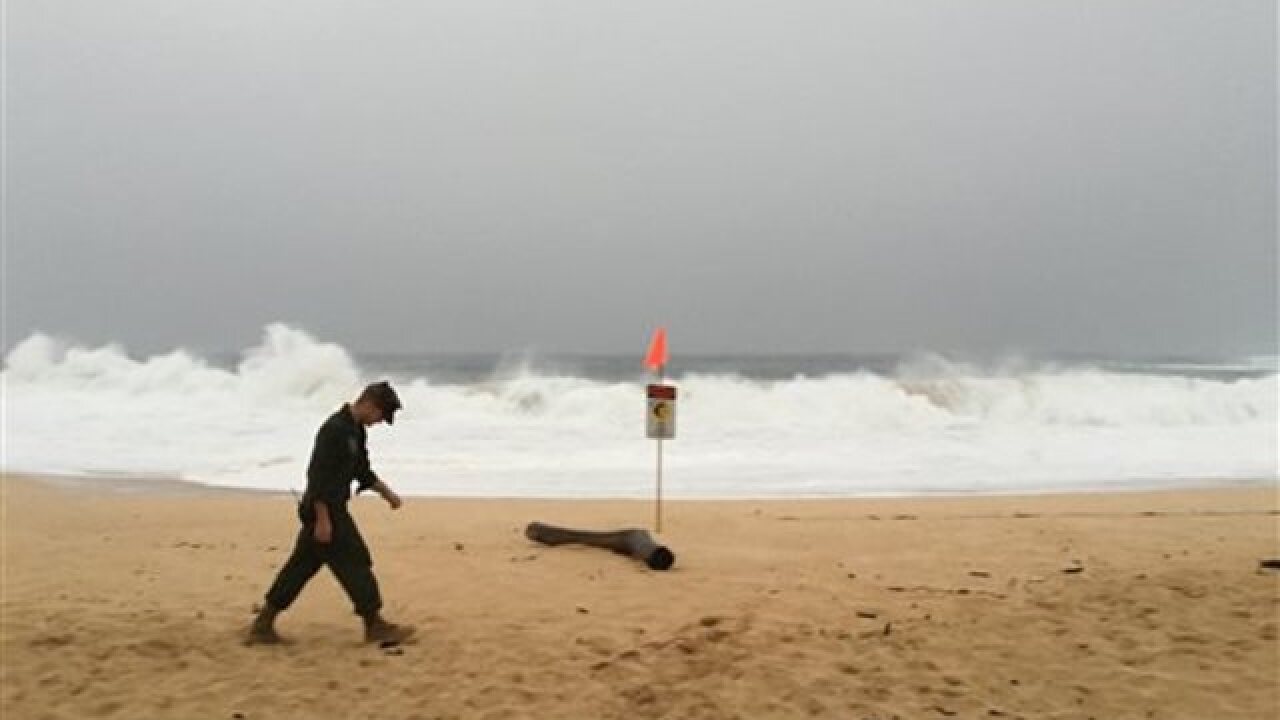 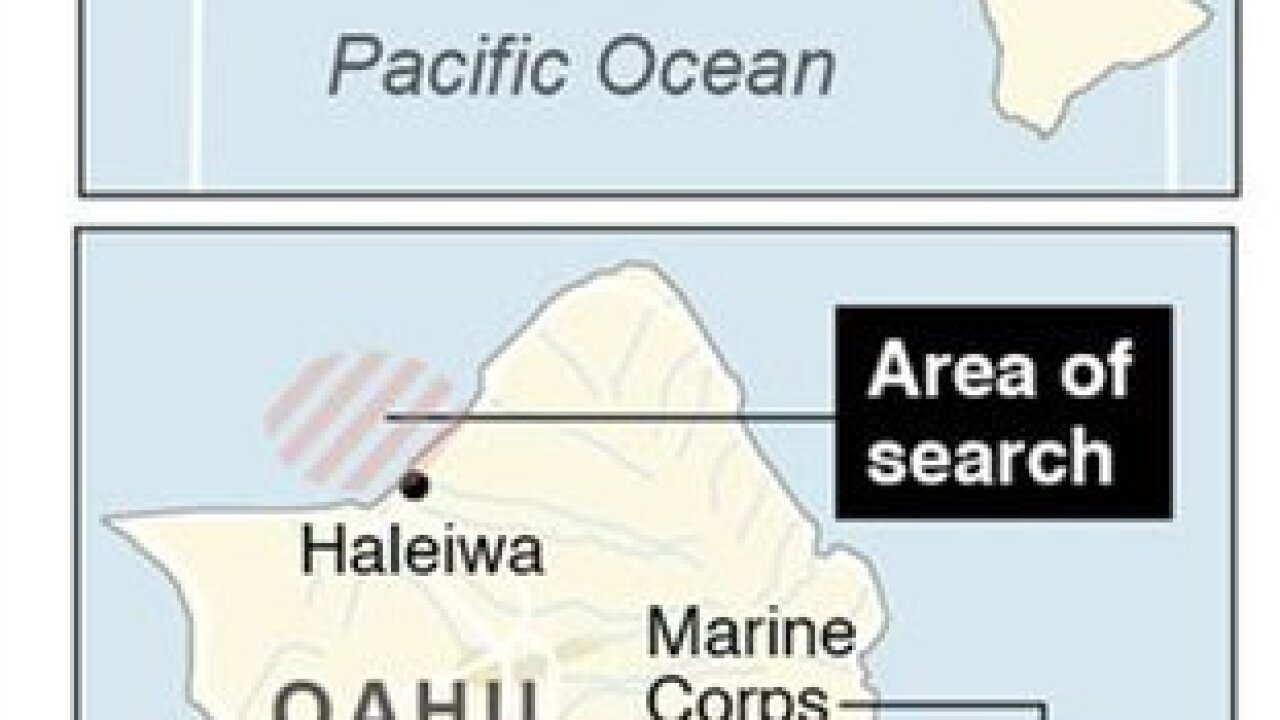 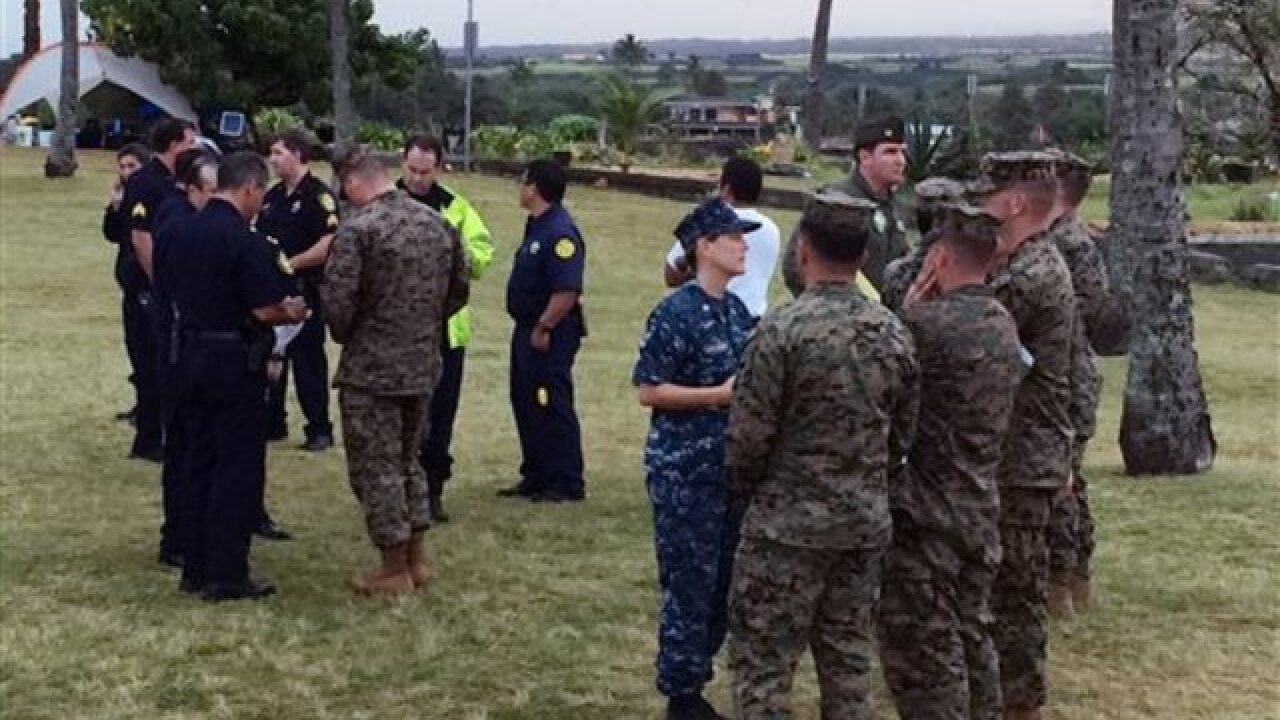 By: Associated Press
Posted at 4:40 AM, Jan 15, 2016
HALEIWA, Hawaii -- Two Marine helicopters carrying 12 crew members collided off the Hawaiian island of Oahu during a nighttime training mission, and rescuers are searching a debris field in choppy waters Friday, military officials said.
There was no immediate word on what caused the crash.
"As of right now we have not found any survivors," USCG Public Affairs Officer Scott Carr told 10News by phone just before 7 a.m.
The transport helicopters each had a crew of six from Marine Corps Base Hawaii and crashed just before midnight Thursday, officials said. No other passengers were aboard the CH-53Es, which came from the 1st Marine Aircraft Wing, Marine Capt. Timothy Irish said.
A Coast Guard helicopter and C-130 airplane spotted a debris field 2 1/2 miles offshore early Friday. The debris covers an area of 2 miles, Irish said.
The search includes aircraft from the Navy and Air Force, a Honolulu Fire Department rescue boat and Coast Guard cutters, officials said.
"It is a true search-and-rescue effort, and it is ongoing," Irish said just before daybreak on Oahu, where a steady rain was falling on the North Shore.
A swell approaching the area will bring dangerous 30- to 40-foot waves to beaches and 10- to 20-foot seas near the rescue operation, National Weather Service meteorologist Matthew Foster said. Winds will be relatively calm at 10 mph or less.
A spokesperson with Marine Corps Air Station Miramar confirmed that the two helicopters are based out of Hawaii and are part of the 1st Marine Aircraft Wing Squadron 463.
According to the Marine Corps Times, the San Diego-based guided-missile destroyer USS Gridley was assisting with the search.
The crash comes less than a year after the Marine Corps' new hybridized airplane-and-helicopter aircraft crashed during a training exercise, killing two Marines. The MV-22 Osprey went down last May with 21 Marines and a Navy corpsman on board.
In 2011, one serviceman was killed and three others were injured when a CH-53D Sea Stallion chopper crashed in Kaneohe Bay, Hawaii.
___
Associated Press writers Caleb Jones in Honolulu, Bob Lentz in Philadelphia and Mark Thiessen in Anchorage, Alaska, contributed to this report.
AP Modified 2016