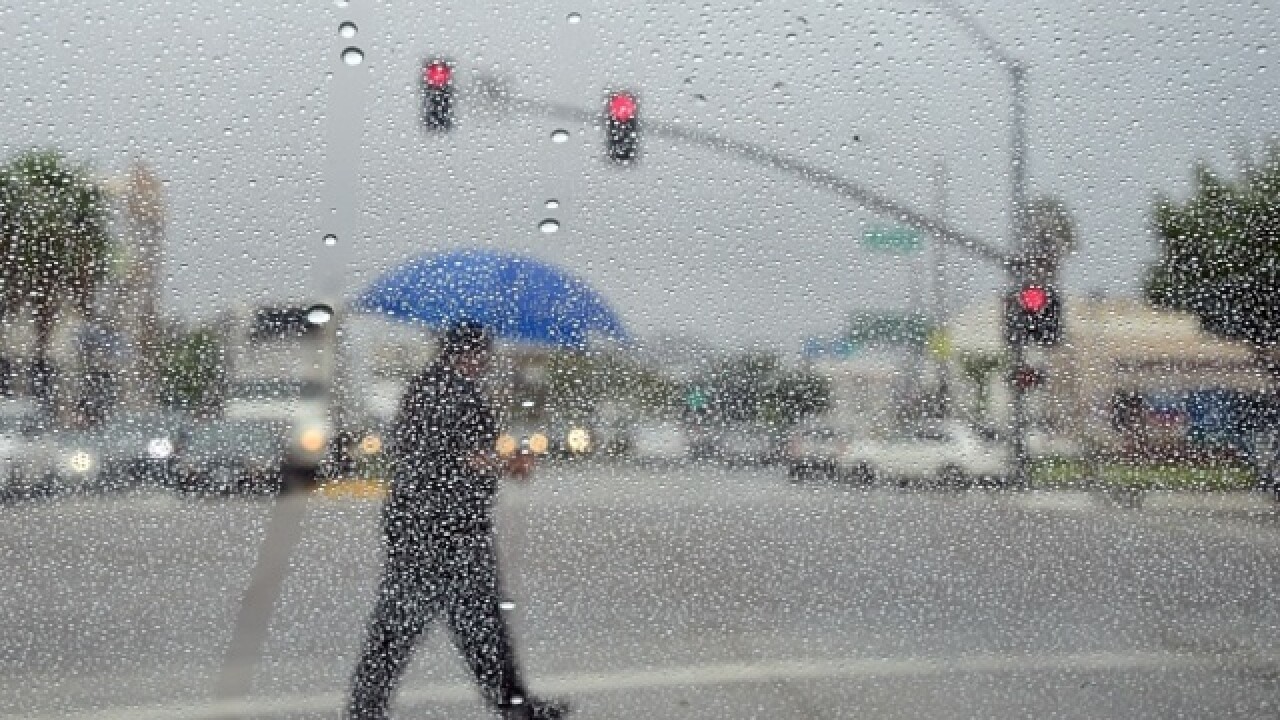 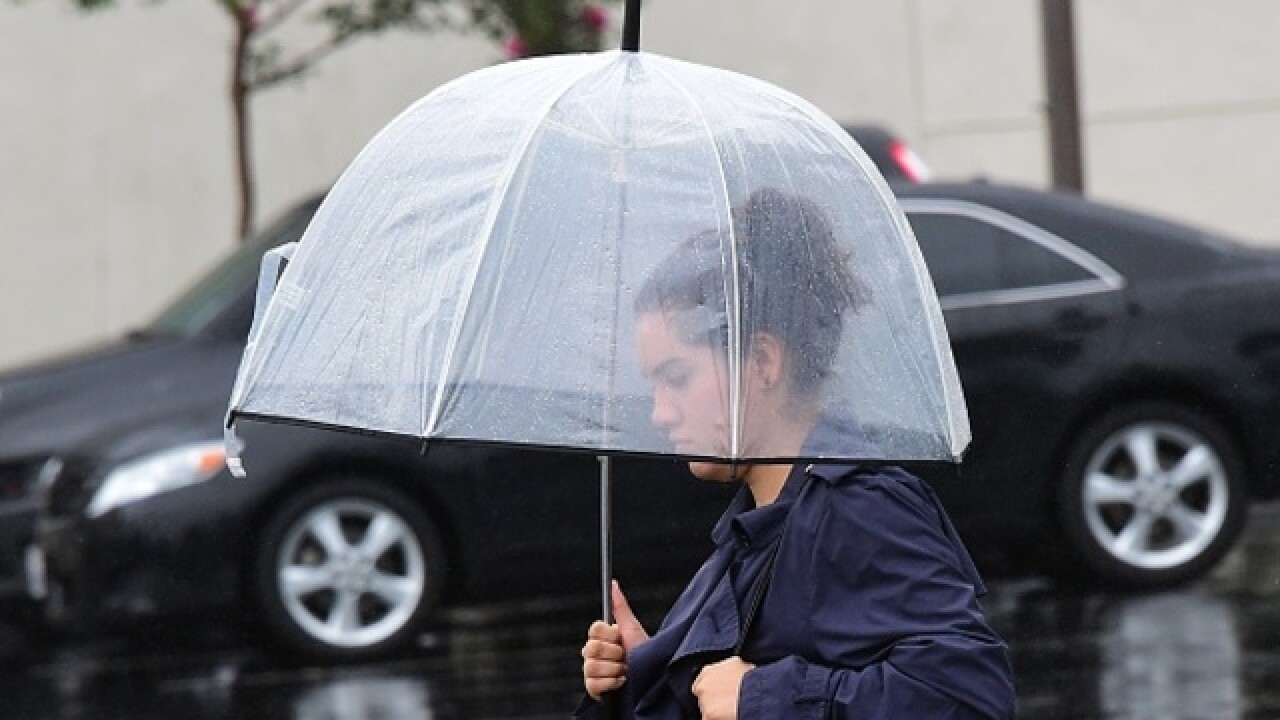 LOS ANGELES -- A low-pressure system laden with moisture from former tropical cyclone Linda unleashed heavy rain on Los Angeles Tuesday, producing record amounts of precipitation and wreaking havoc on the morning commute.
By 8 a.m., a record 2.6 inches of rain had fallen in downtown Los Angeles, along with 2.26 inches in Culver City, according to National Weather Service meteorologist Robbie Munroe, who added that forecasters had been expecting lower totals. The downtown total was a record for a Sept. 15 and more rain than has fallen in the region all year.

Off ramp on the 5S at La Costa is flooded, street flooding will be possible over the next few hours, heavy & slow moving rain! @10news

The NWS had warned that, since many areas have seen little or no rainfall in recent months, a buildup of oil on the roadways could lead to extra slippery driving conditions.

That prediction came to fruition during the morning commute, with wet conditions triggering traffic mishaps throughout the Greater Los Angeles area, causing street flooding in several places and prompting the issuance of Sig Alerts on several freeways, some of which were turned into parking lots.

"We have certainly seen an real increase in crashes on area freeways," said CHP Officer Francisco Villalobos. "There's been a lot of spinouts, overturned vehicles, jackknifed trucks and fender benders."
In West Hollywood, a leaking roof prompted the evacuation of at least 135 residents from a three-story assisted-living apartment building at 838 W. Knoll Drive in West Hollywood, according to a Los Angeles County Fire Department dispatcher.
Deputies from the sheriff's West Hollywood station and officials from Metro were called at 5:03 a.m. to assist in the evacuation of the residents and take them by bus to the West Hollywood Park Auditorium at 647 San Vicente Blvd., said Lt. Edward Ramirez of the sheriff's West Hollywood station.
As of 9:30 a.m., about 8,200 customers in the Department of Water and Power coverage area were in the dark, according to the DWP's Michelle Figueroa.
"LADWP crews are working to restore power as quickly and safely as possible," Rodriguez said. "The current estimate for outage restoration is 10 hours from the time an outage began, but LADWP crews often beat those estimates.
In the Van Nuys area, 1,982 customers were in the dark followed by the South Central Los Angeles area with 1,636; the Del Rey area with 1,518; the Glassel Park community with 1,390; Hollywood Hills with 603 customers in the dark and 329 customers in the Boyle Heights area, she said.
The weather system's main band of rain is expected to hover over the region until around noon, forecasters said.
Los Angeles County was generally expected to see between two-tenths and a half-inch of rain from the weather system, although select areas far exceeded that amount. Forecasters said the storm is attributed to a low-pressure system combined with moisture from former tropical cyclone Linda.
The chance of continuing rain tonight was set at about 50 percent.
The system is also expected to produce high winds, including gusts of 50 mph in the Antelope Valley.
The NWS forecast highs today of 69 on Mount Wilson; 71 in Avalon; 74 at LAX; 75 in Pasadena and Saugus; 76 in San Gabriel, Burbank and San Clemente; 77 in Long Beach, downtown L-A and Woodland Hills; 78 in Newport Beach; 79 in Laguna Beach, Palmdale and Lancaster; 80 in Irvine and Mission Viejo; 81 in Anaheim and Fullerton; and 82 in Yorba Linda.
Marginally lower temperatures were expected under partly cloudy skies tomorrow, followed by a slight temperature uptick under sunny skies on Thursday and a return to highs in the 90s in some Southland communities on Saturday.
City News Service Modified 2015