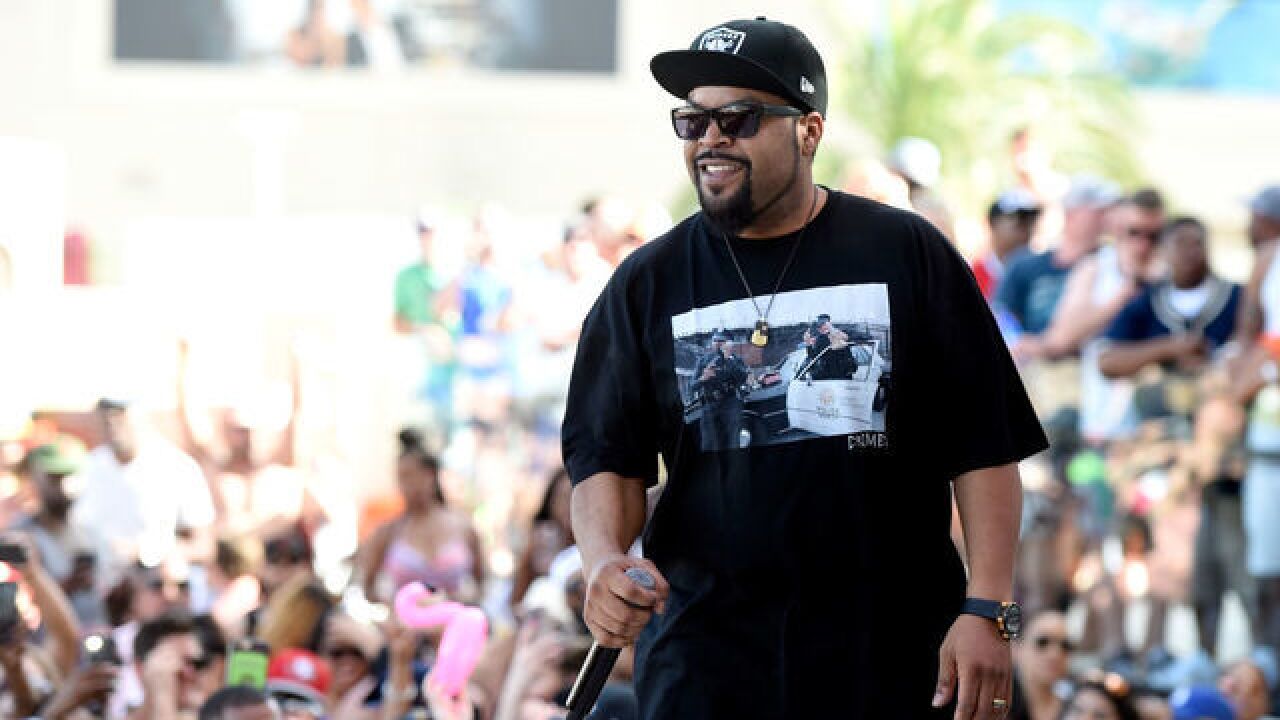 Copyright 2018 Scripps Media, Inc. All rights reserved. This material may not be published, broadcast, rewritten, or redistributed.
David Becker
<p>LAS VEGAS, NV - MAY 06: Rapper Ice Cube performs at Daylight Beach Club at the Mandalay Bay Resort and Casino on May 6, 2017 in Las Vegas, Nevada. (Photo by David Becker/Getty Images for Daylight Beach Club)</p>

(KGTV) - Rapper Ice Cube responded Monday to a fan who tweeted about the San Diego County deputy-involved shooting at the Del Mar Fairgrounds.

The shooting happened at 6:40 p.m. when 22-year-old Daniel Elizarraras started an argument at the ticket window, deputies said. Elizarraras was reportedly upset he could not get a ticket for the Ice Cube concert.

Elizarraras pulled out a silver-plated semi-automatic handgun and fired several shots into the crowd, according to investigators. Deputies returned fire, injuring him. No one else was hurt.

Ice Cube reached out to fans, reminding them to "Come see ya homie Cube...but leave the strap at home."

Thank you. I feel bad for the people who left the show, but I totally understand. Moral of the story: Come see ya homie Cube...but leave the strap at home. https://t.co/WR9EJN9xvg

At the time of the shooting, the Seaside Stage was prepared for the Ice Cube performance, which started at 8:30. Just before 7:30 pm, the racetrack announced in a tweet that the shooting situation was contained and that the concert would move forward as planned.

The Del Mar Thoroughbred Club hosted ten summer concerts which were free for racegoers with a minimum Stretch Run admission of $6. Anyone who arrived after the last race was required to pay a $30 admission fee.