Man who gunned down wife a 'selfish monster' 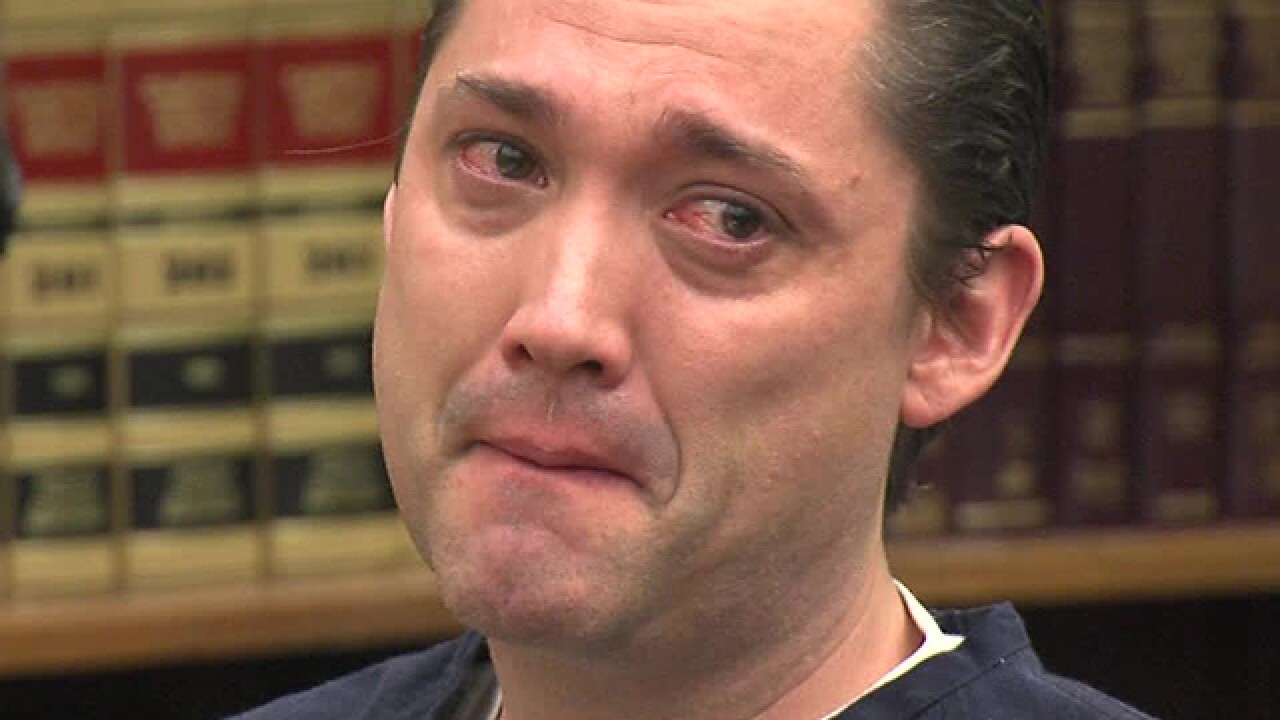 SAN DIEGO -- A Rancho Bernardo man convicted of shooting his estranged wife following a marriage counseling session in a Scripps Ranch business park, then fleeing to Mexico before surrendering at the border, was sentenced Friday on first-degree murder.
Jeremy Adam Green, 40, was sentenced in San Diego County Superior Court to 35 years to life in prison. Green pleaded guilty in October, one week before a preliminary hearing was to be held to determine if there was enough evidence for him to proceed to trial in connection with the death of 37-year-old Tressa Green.
"Tressa's mother couldn’t be here today, she's too horrified to be in the same room as him," said Tressa’s aunt Cheryl Gray at Friday’s sentencing.
“Jeremy is a selfish monster, and a sick individual,” she added.
Green apologized in court.
"I came from Cancun and turned myself in for the love of my children," Green said.
The couple had been married since 2005 and had two children together. Both were not in court. Tressa Green, who had filed for divorce in April, also had a child from a prior relationship, 18-year-old Briana Calkins-Green, who wrote a letter in support of her stepfather that defense attorney Julie Gibson read in court: "This crime is not like him. People bash my father, but no one knows my father the way I do."
As he was being lead out of the courtroom, Briana shouted, "I love you Dad."
Jeremy and Tressa's three children "were left abandoned and confused when we told them what had happened. Savanah screamed and said she hated her father,” Tressa’s cousin Dominique Collins told the court. “And she still has nightmares that he's going to come and murder her."
At Green's arraignment, Deputy District Attorney Julie Lynn said the defendant and the victim went to the counseling session about 1 p.m. on June 6 at his suggestion. When the session was over about 2 p.m., Tressa tried to get in the passenger seat of Jeremy’s car, and he went to the trunk and retrieved a shotgun and shot her, Lynn said.
While his wife was on the ground, the defendant shot her two more times and left her for dead, then fled, the prosecutor said. He drove to the border, changed his shirt and put on a baseball cap before walking into Mexico, Lynn said.
Jeremy is a "hubris (sic), narcissistic sociopath,” Tressa’s uncle Robert Gray told the court. “This man is a psychopath and should not see the light of day again."
Green was arrested June 12 at the San Ysidro border crossing after voluntarily returning from Cancun, Mexico.
Several hours after the slaying, a passer-by found a shotgun underneath a freeway ramp in Marian Bear Park, roughly eight miles from the site of the shooting.
City News Service Modified 2015