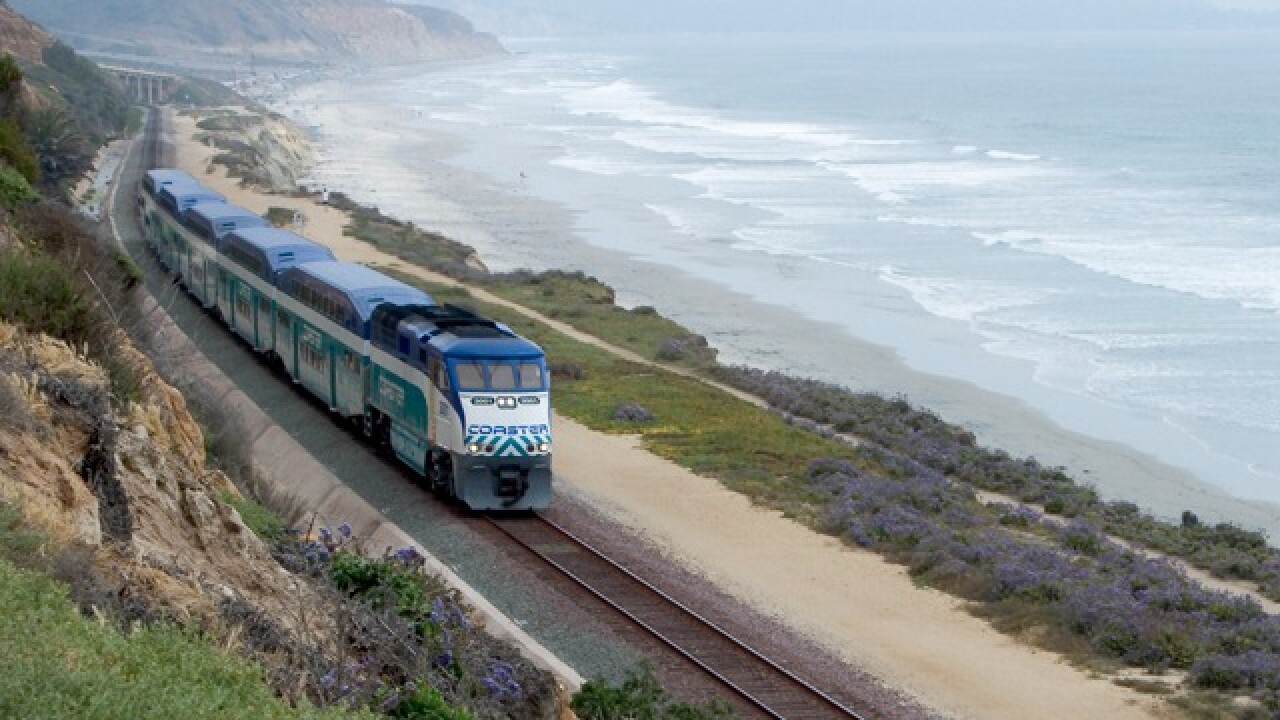 SAN DIEGO (CNS) - Rail service along the Los Angeles-San Diego-San Luis Obispo rail corridor will again be suspended Saturday through 5 a.m. Monday from Oceanside to San Diego for track and signal improvements, according to the San Diego Association of Governments.

The scheduled rail work in Cardiff-by-the-Sea, Carlsbad and San Diego is the second of two weekend-long closures for track and signal improvements along the LOSSAN corridor. Rail service was also suspended from Oct. 13 to Oct. 15. Rail service for the four railroads affected by the closures -- the North County Transit District, Metrolink, Amtrak and freight line BNSF -- is expected to resume Monday for morning commute hours, albeit with possible delays.

Track crews in Cardiff-by-the-Sea will replace rail ties as part of a double-tracking project to add a second rail track between Cardiff-by-the-Sea to the San Elijo Lagoon. Work crews connected the second line to the existing track last month. Workers will also update the rail signals at the Chesterfield Drive grade crossing.

Crews in Carlsbad plan to prepare the NCTD Coaster Poinsettia Station for a new western alignment of the existing track as well as move existing rail signals at the station to more optimal locations. The $33.7 million Poinsettia Station Improvements Project "will lengthen and elevate passenger platforms, install a fence between the tracks within the station, relocate a section of the existing tracks, and replace the existing at-grade rail crossings with an undercrossing featuring stairways and ADA compliance ramps on both sides of the tracks," according to SANDAG, which expects the project to be completed in 2020.

Crews in San Diego will work on improvements to the San Diego River Bridge and structures along the Elvira to Morena Double Track Project. In addition, NCTD crews and San Diego's Metropolitan Transit System will make improvements to track crossings at the Old Town Transit Center.

The rail work is part of SANDAG's Build NCC (North Coast Corridor) program, a 40-year, $700 million effort to repair and expand vehicle and rail transportation infrastructure throughout San Diego County. SANDAG officials and work crews expect to finish this weekend's projects between 2019 and 2020.