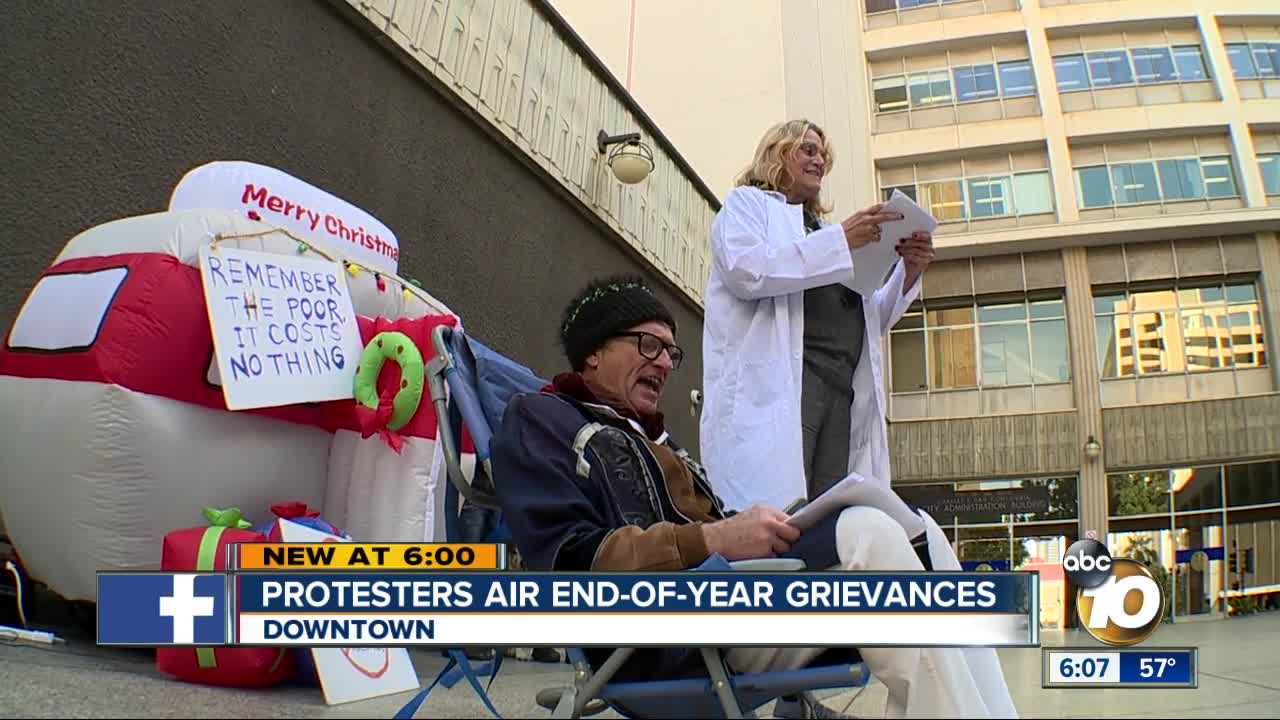 About 40 demonstrators aired grievances Tuesday at the last San Diego City Council meeting of 2019, although not explicitly in the spirit of Festivus. 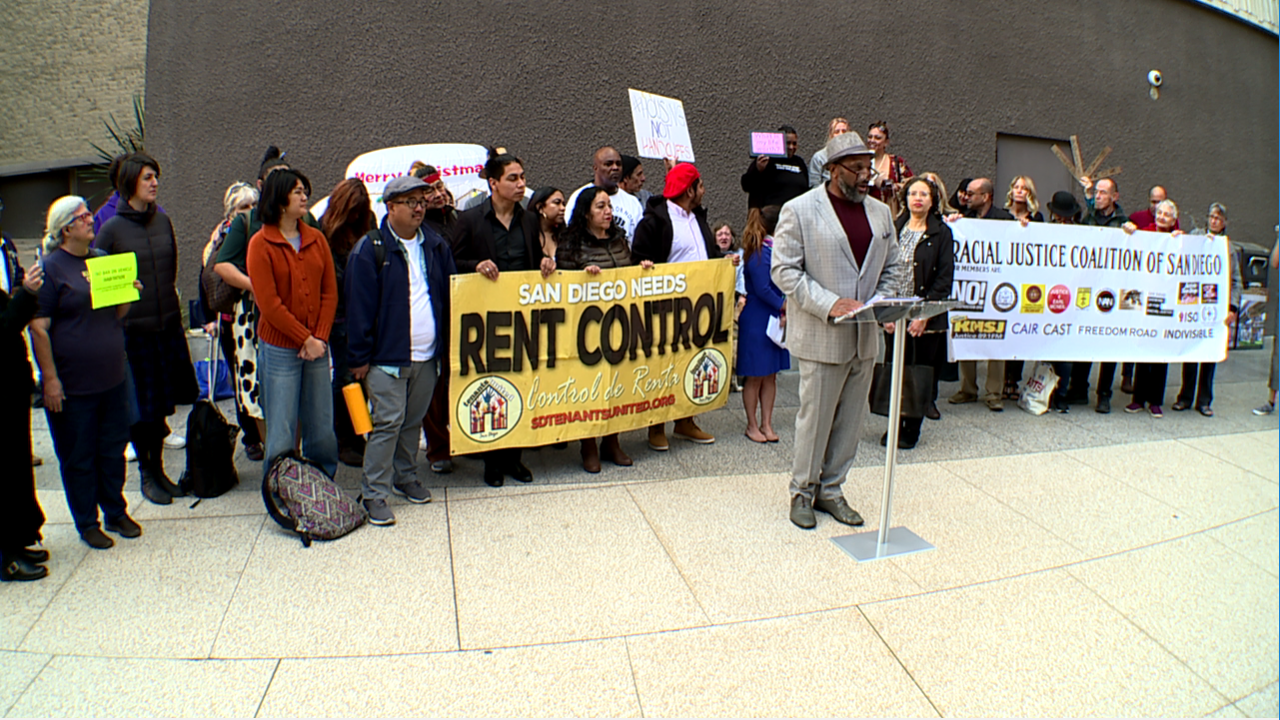 SAN DIEGO (KGTV) -- About 40 demonstrators aired grievances Tuesday at the last San Diego City Council meeting of 2019, although not explicitly in the spirit of Festivus.

Much of the demonstrators’ criticism was aimed directly at Mayor Kevin Faulconer, who is entering his final year in office and was not in council chambers Tuesday morning. Faulconer’s office did not respond to a request for comment.

"Airing of grievances" is the opening ceremony of the fictional holiday Festivus, featured in the television sitcom "Seinfeld."

Protesters ended their demonstration with actors reading a spoof of “A Christmas Carol” by Charles Dickens, in which a “Mayor Scrooge” is visited by the Ghosts of Homelessness Past, Present and Future.

Since the count, downtown tent shelters and overnight parking lots have been established to help address the issue.

In October, the city council unanimously approved a 10-year, $1.9-billion plan to address homelessness through a series of initiatives. Plans include making more than 5,400 housing units available for homeless residents, providing more housing assistance services, and creating a leadership council.