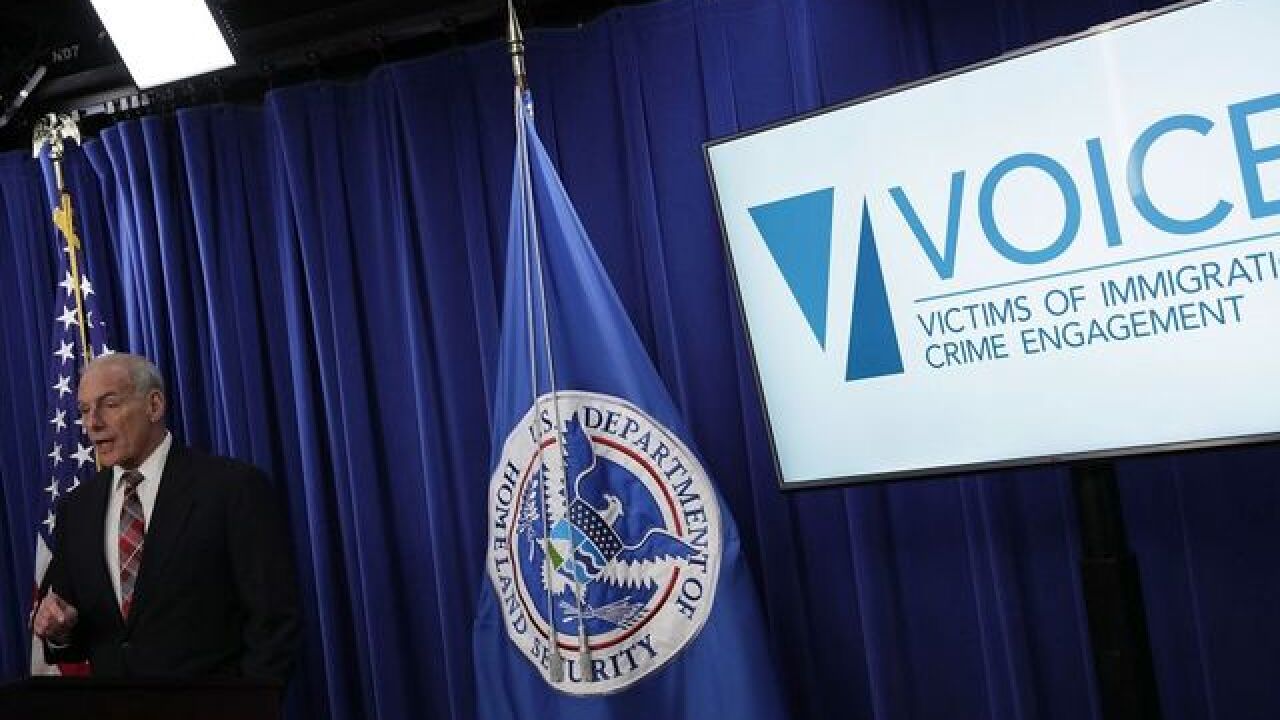 (KGTV) - Since the office was announced in January, VOICE's aimed has been to give victims of crimes by undocumented immigrants an outlet to receive services stemming from those crimes.

The VOICE (Victims of Immigration Crime Engagement) office was established for victims and families who have been "impacted by crimes committed by removable criminal aliens." The order for the office's creation was given by President Donald Trump in the "Enhancing Public Safety in the Interior of the United States" executive order signed on Jan. 25, 2017. The office was officially opened on April 26 by Homeland Security Secretary John Kelly.

"I have ordered the Department of Homeland Security to create an office to serve American victims," Pres.Trump said during a joint address to Congress on Feb. 28. "We are providing a voice to those who have been ignored by our media, and silenced by special interests."

The services stress this isn't a method to report crimes and that crimes should instead be reported to local authorities or to ICE through other reporting means.

The office's objectives are:

However, VOICE hasn't been received without its share of scrutiny - and mockery.

Opponents have called the office a waste of time and say it's not needed.

"Doing this not only ignores the vast majority of the crime, but stokes racist and xenophobic fears while dividing the country," Rep. Bennie Thompson, D-Miss., the top Democrat on the House Homeland Security Committee, told ABC News.

Brent Wilkes, CEO of the League of United Latin American Citizens, told ABC News that the the office to be more rhetoric against immigrants.

"It's pretty clear to me that the goal here is to do the kind of thing he did on the campaign trail," Wilkes said.

Twitter has seen the abuse of the office as well. Many have taken the opportunity to call in false reports of space aliens.

ICE tweeted on April 28, "[The Department of Homelands Security] wants to ensure there are resources for people who end up in this unfortunate fraternity of survivor ... Those who abuse and obstruct this resource may only further harm victims."

.@DHSgov .@DHSgov wants to ensure there are resources for people who end up in this unfortunate fraternity of survivors