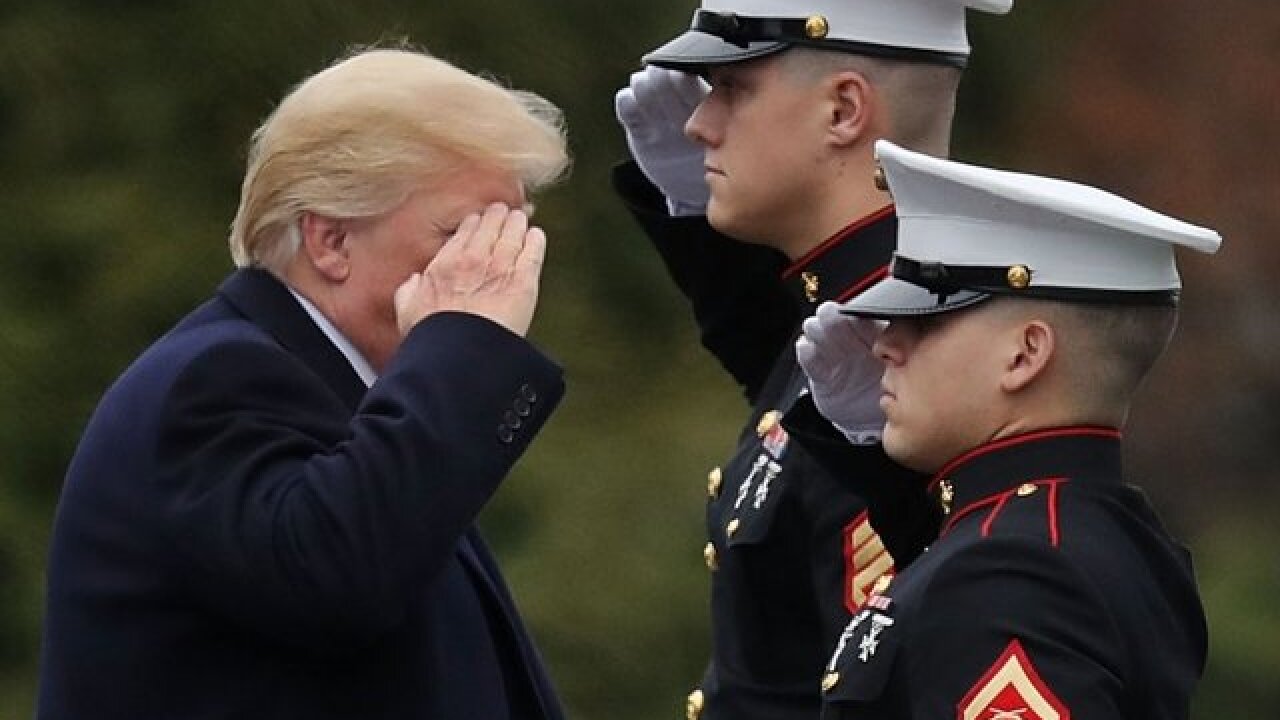 (KGTV/AP) — President Trump's Veterans Day military parade would come with a $92 million price tag, according to the Associated Press.

The parade cost comes in about three times more than originally estimated by the Pentagon, according to U.S. officials who spoke to the AP on the condition of anonymity, citing plans have not been finalized or publicly released.

Officials had previously said the parade would likely run taxpayers about $10 to $30 million.

It was a great honor to represent the United States at the magnificent #BastilleDay parade. Congratulations President @EmmanuelMacron ! pic.twitter.com/1J4vZiy98y

The Pentagon would cover about $50 million for aircraft, equipment, personnel, and other support for the November parade in Washington, D.C., officials said.

The plans have not been approved by Defense Secretary Jim Mattis, according to the AP.

President Trump called for the parade to honor the nation's military after seeing the Bastille Day parade in Paris, France, last year.

RELATED: US military parades: Here's what they've been like in the past

The last time the U.S. staged a similar military parade was in 1991, honoring the first Gulf War. That parade cost about $8 million to host.

"We're all aware in this country of the President's affection and respect for the military," Mattis said in February . "We've been putting together some options. We'll send them up to the White House for decision."