US military parades: Here's what they've been like in the past 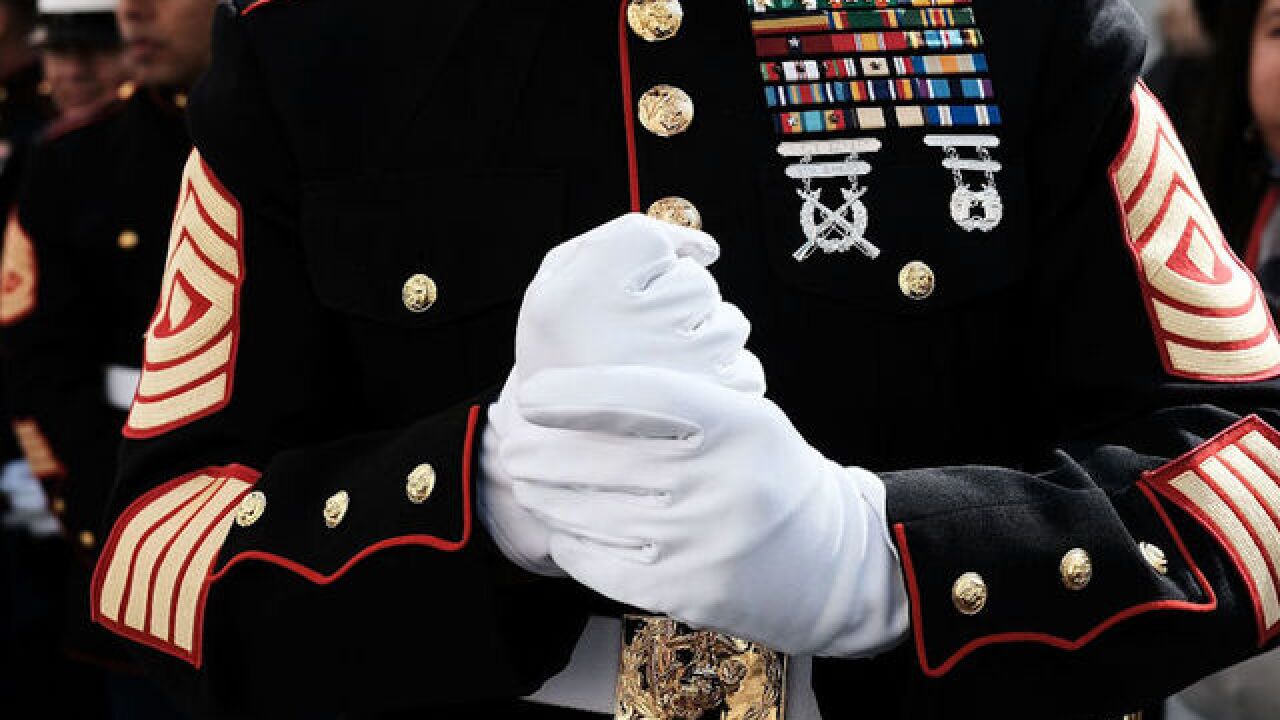 Image copyright 2017 Getty Images. All rights reserved. This material may not be published, broadcast, rewritten, or redistributed.
Spencer Platt
<p>U.S. Marines prepare to march in the Veterans Day Parade on November 11, 2017 in New York City.</p>

The spokesman described the planning process as being in its "infancy."

In response to the news, White House press secretary Sarah Sanders said in a statement that Trump had asked the Defense Department to "explore" the idea.

"President Trump is incredibly supportive of America's great servicemembers who risk their lives every day to keep our country safe. He has asked the Department of Defense to explore a celebration at which all Americans can show their appreciation," Sanders said.

Trump's latest marching orders to the Pentagon could end a nearly 30-year hiatus of major military parades in the US.

It's not unusual to see cheering crowds greeting troops and veterans in Fourth of July parades and celebrations for Memorial Day and Veterans Day. Flyovers featuring the latest bombers are common at high-profile sporting events, and Fleet Week programs put military hardware front and center. But unlike the post-World War I and World War II era, when the spectacle of tanks and heavy equipment was more common, there have not been many recent showcases of US military strength.

Here's a look at how the country used to display its military might:

Crowds of people filled the streets of New York to witness the city's "At War Parade" on June 13, 1942. It was a major display of solidarity for US troops who had entered World War II.

For nearly 11 hours, civilians and service members marched in front of more than 2 million spectators lining the streets.

In 1946, another military parade was held in New York to celebrate the Allied Powers' victory over the coalition of Axis Powers in World War II.

More than 10,000 soldiers with the 82nd Airborne Division participated alongside dozens of tanks and other military hardware.

After waving to the cheering crowds, Eisenhower got a firsthand look at what was then considered one of the most devastating pieces of American artillery -- an 85-ton atomic cannon that could fire a shell 20 miles.

In 1957, the crowds once again returned to Washington for Eisenhower's second inauguration -- and so did the tanks.

About 750,000 people stood along the three-mile route as thousands of troops marched around the capital with hardware on display, including the 69-foot-long Redstone -- the first ballistic missile successfully fired by the US.

Since John F. Kennedy's inauguration took place in the middle of the Cold War, it wasn't surprising to see dozens of missiles paraded in front of the world, including the Nike Zeus -- the Army's first missile designed to intercept ballistic missiles.

Kennedy waved to marching soldiers and sailors aboard enormous Navy boats being towed down Pennsylvania Avenue. The boats resembled a vessel he commanded during World War II that was rammed by a Japanese destroyer.

The last major military parade in the US marked victory in the Gulf War in 1991, under President George H.W. Bush.

Near-daily tributes were held across the US to welcome home troops who were part of Operation Desert Storm, but New York and Washington held the biggest celebrations.

In Washington, armored vehicles and missile systems rolled by as stealth fighter planes flew above. An estimated 200,000 people filled the streets.

It was considered the biggest military celebration since the end of World War II.