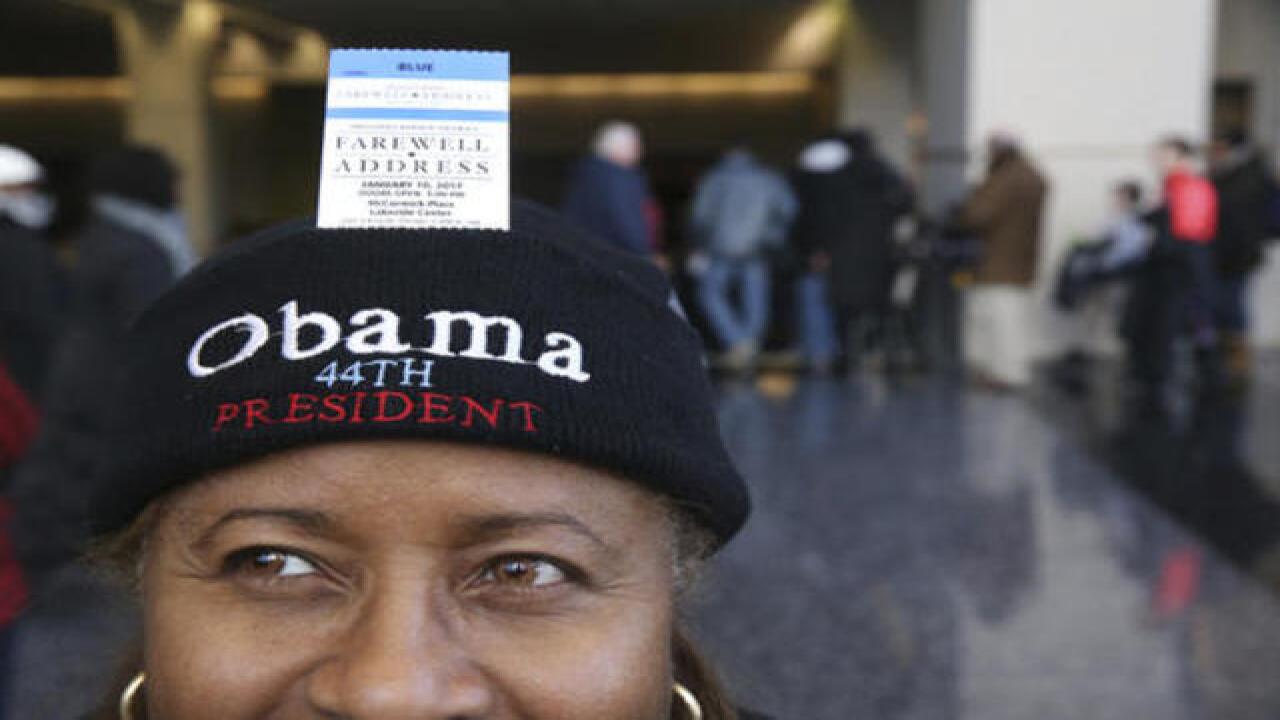 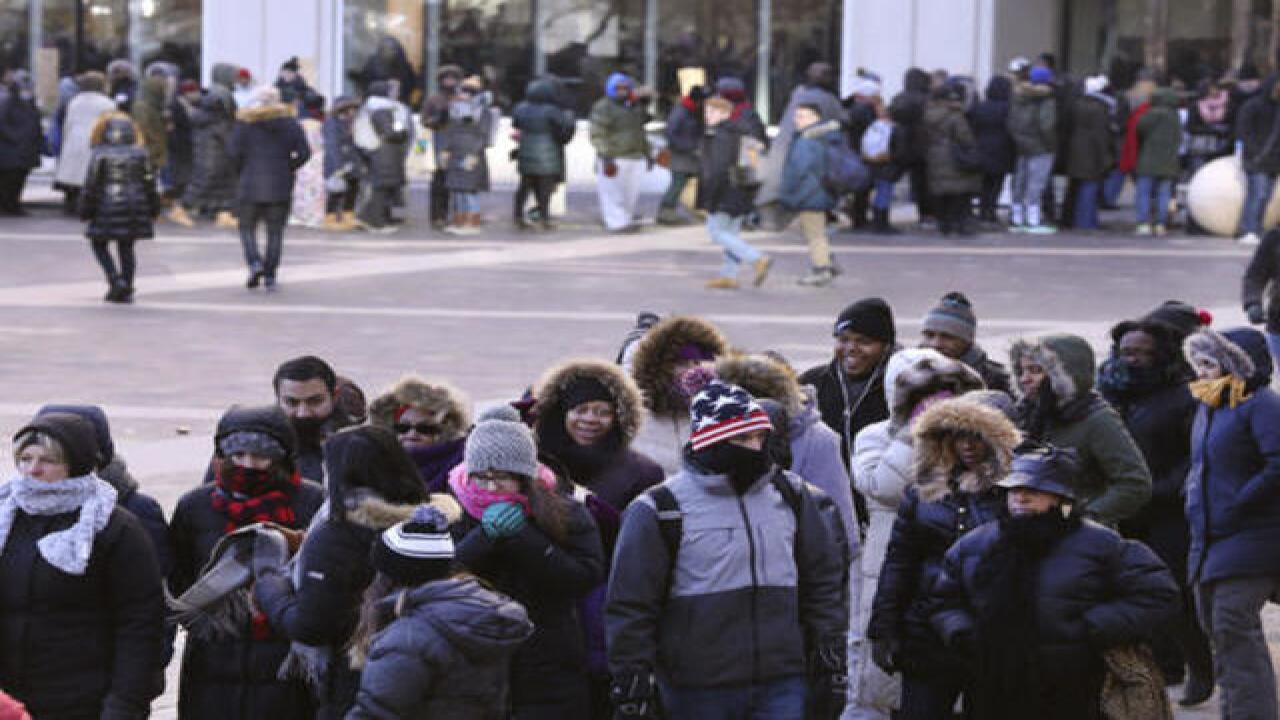 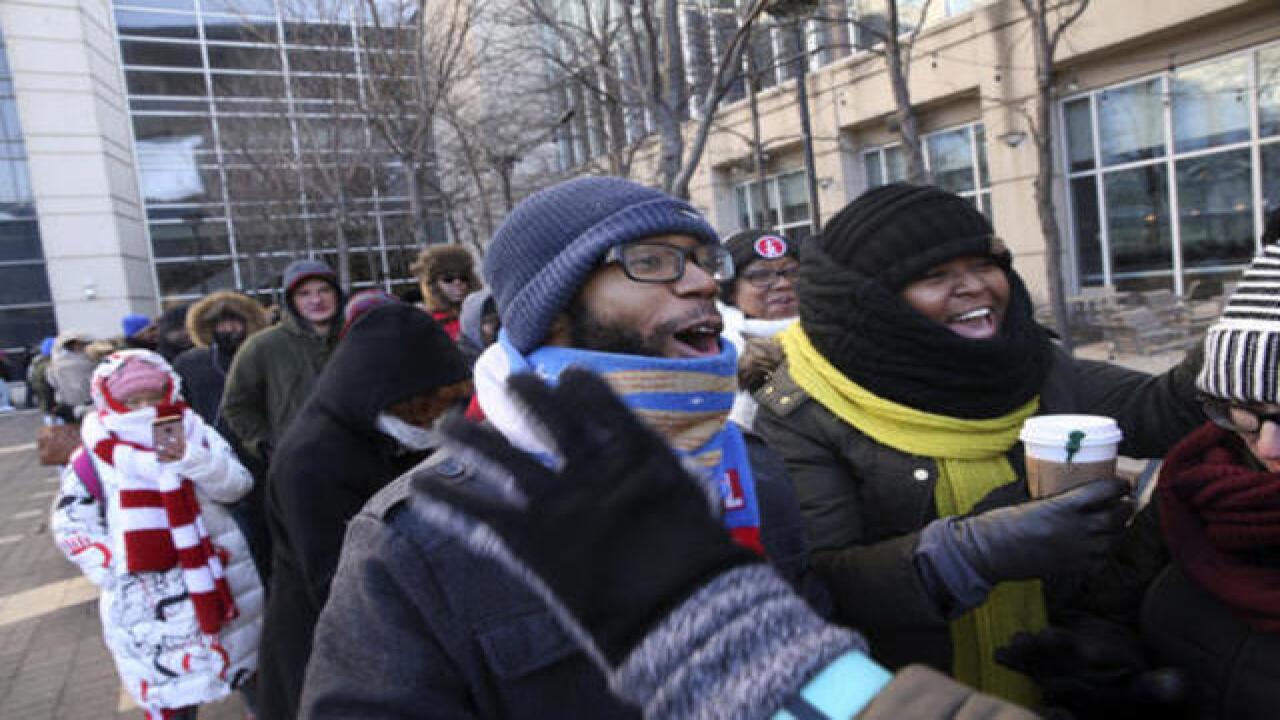 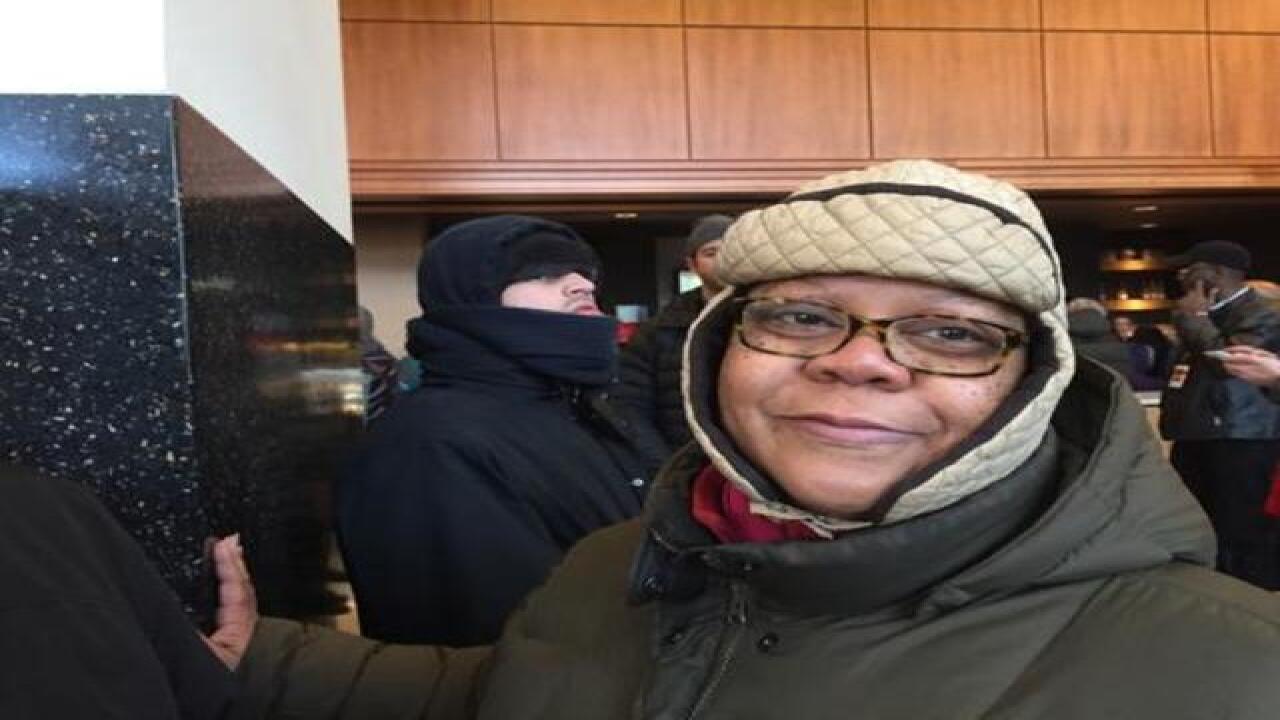 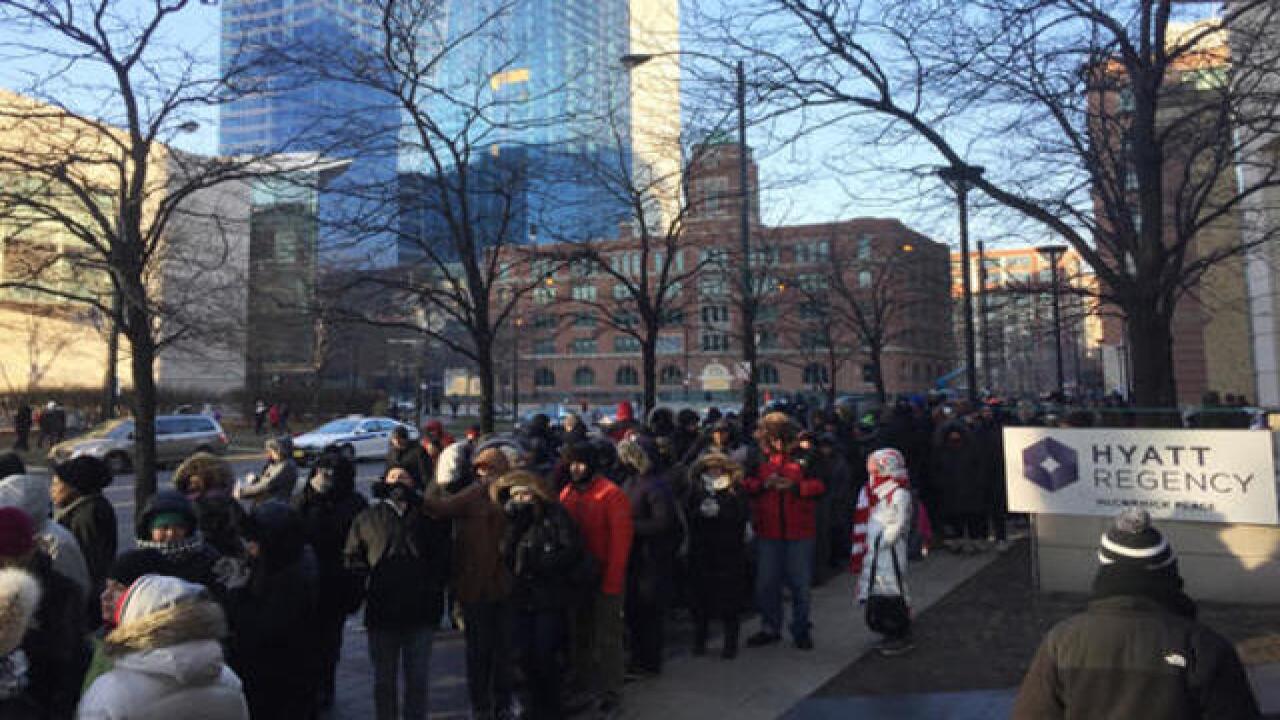 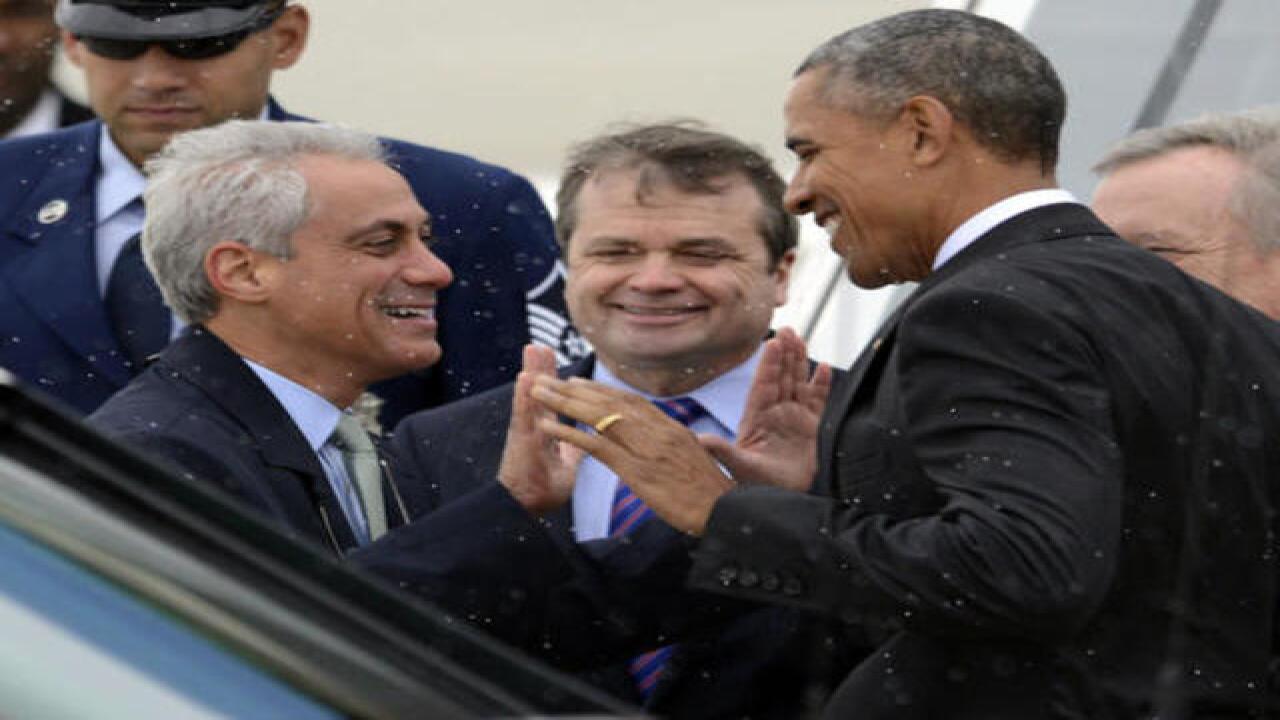 By: SARA BURNETT, Associated Press
Posted at 2:00 PM, Jan 09, 2017
CHICAGO (AP) — Thousands of people waited for hours in single-digit temperatures on Saturday to try to get a ticket to President Barack Obama's farewell speech in his hometown of Chicago, saying they want to show their appreciation and soak in the final moments of his history-making presidency.
People began lining up well before sunrise for the 8 a.m. ticket distribution. The lines stretched for blocks and snarled traffic around McCormick Place, the sprawling convention center along Lake Michigan where Obama will speak on Tuesday night.
"You never know when something as huge or as phenomenal like this will happen again, so I was like 'I'm not missing this for nothing,'" said Umar Ibrahim, 28, who took the day off from his job as a city bus driver to snag a ticket, waking up at 3 a.m. to start the trek to the convention center.
"Just talking about it makes you beam," he said as he clenched his ticket, grinning from ear-to-ear.
Obama's final speech to the public will continue a tradition set in 1796 when George Washington addressed the American people for the last time as president. It will be followed by a "family reunion" for alumni of Obama's former campaigns, according to a save-the-date sent to alumni.
WHERE TO WATCH
President Obama's Farewell Address is scheduled to air on ABC10 at 6 p.m. on Tuesday. TV LISTINGS
The address will also be streamed on the following digital/social channels: 10News Live Stream | 10News Facebook Page | DecodeDC on YouTube | ABC News Live Stream

Obama has described the event as "a chance to say thank you for this amazing journey," to celebrate the ways the country has changed and "to offer some thoughts on where we all go from here."