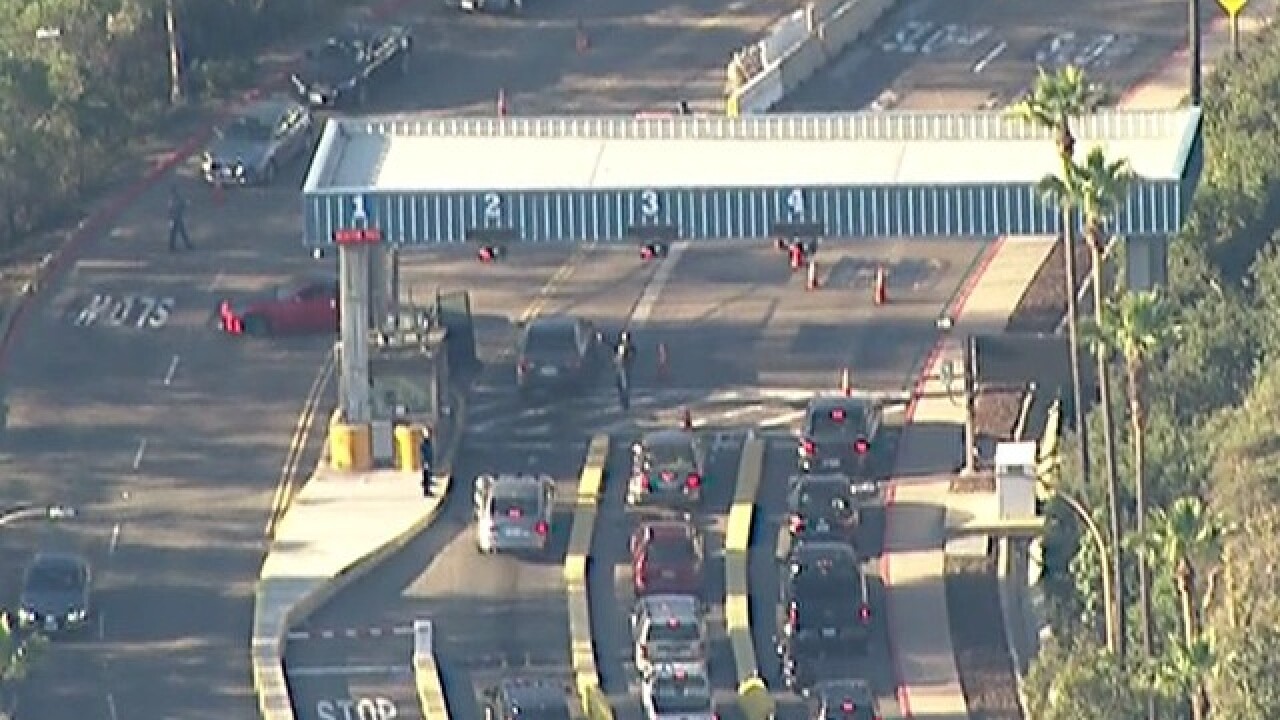 SAN DIEGO –  A report of a man with a gun at Naval Medical Center San Diego Thursday prompted a six-hour lockdown, suspending hospital operations until military police determined that there was no threat.
An unidentified person telephoned the Balboa Park care facility shortly before 7:30 a.m. and told an employee an armed man was on the fourth floor of the main administrative building, Navy spokesman Brian O'Rourke said. The caller provided no name or other identifying information before hanging up.
Staffers and visitors were directed to remain in secured rooms as officers began searching the facility. Hospital administrators also told workers and patients due to arrive later to avoid the area until further notice.
The sweeps of the center grounds and buildings continued into the afternoon and turned up no suspects or other hazards, though police did find four unspent bullets in various parts of one building. It was unclear if the ammunition had anything to do with the ongoing emergency, O'Rourke said.
Authorities gave an all-clear about 1:30 p.m., after which ordinary hospital operations began resuming.
If you have an appointment scheduled for Thursday, the hospital advises you to call to see if it is still at the same time. Those who missed appointments because of the incident will be rescheduled.
The security scare was the second to occur at the hospital in just under two months.

On Jan. 26, an unfounded report of shots fired at NMCSD prompted lockdowns of the facility and nearby schools as law enforcement officers flooded the area and searched the hospital complex.

About 361 people work at the hospital and officials say an estimated 1,000 people were inside sheltering in place Thursday.